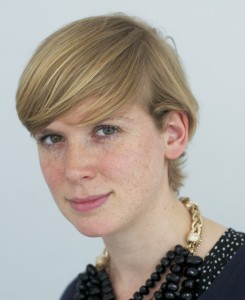 Different parts of the urgent and emergency care (UEC) pathway are paid for in different ways. Acute and specialist facilities are predominately funded through the national tariff, whereas UEC services offered by mental health and community trusts—such as rapid response, crisis teams, and psychiatry liaison services—are paid predominately through block contracts. For commissioners and providers attempting a system wide redesign of UEC services, this patchwork of payment approaches gives you a headache.

A year ago Monitor and NHS England took up the mantel, by putting forward ambitious options for changing the way UEC services should be paid for. They considered the introduction of a three part payment system made up of a core payment for capacity, a volume based payment to reflect activity levels, and a payment linked to outcomes/performance. There is no doubt that these proposals were economically sound in theory, but very difficult to implement fairly in a world where commissioner/provider relationships and contracting arrangements are more an art than a science.

This might explain why last week, when further details of the new payment approach were published, they were in the form of a local payment example, to be used by local health economies as a guide in the first instance, and not to be made the national default in the national tariff any time soon. We understand that some of the UEC vanguards recently selected may also begin shadowing the new approach.

Leading change rather than waiting for change

The new three part payment approach isn’t the only game in town. Instead of waiting for national direction, there are several local health economies that have designed local solutions, recognising that it would take a long time to reform the system at the national level. Four cases are examined below*—some of these might not sound new or particularly innovative, but taken together they might provide some useful insights for any local health economy wishing to try something different without reinventing the wheel.

1. One acute trust has a jointly managed risk agreement (JMRA) in place with its commissioners. The contract is underpinned by national tariff prices and rules, but the total value is fixed at the start of the year. Contract fines and penalties are also set at the beginning of the financial year—for example in 2014/15, the trust could be fined no more than £4 million for not meeting performance targets. The contract is also supported by a risk pool (1% of the total contract value) to support the trust and neighbouring providers in meeting any additional demand.

2. Another locality has a pre-alliance contract in place for UEC services, bringing six providers together with health and social care commissioners. The pre-alliance contract has a common performance framework and system of accountability, resource, and reward structure across the urgent care pathway. Bilateral contracts with local commissioners still underpin the majority of providers’ income, but collective achievement of system wide indicators—such as the A&E target, delayed transfers of care, as well as improvement goals such as people dying in their place of choice and primary care accessibility—unlocks additional investment.

3. An integrated acute and community trust agreed to move to a fixed value contract for its non-elective emergency and outpatient work in order to secure additional investment from their commissioners to redesign clinical pathways. As an integrated provider, this arrangement also provided an additional lever to align acute and community services by incentivising the trust to invest in out of hospital care and emergency ambulatory pathways to better manage demand. Since this new arrangement, the trust has been able to triple its community capacity; half the number of community beds; close an acute ward; and improve against a number of key metrics, including A&E performance and acute and community length of stay.

4. One acute trust involved in a reconfiguration of local services agreed to transition to a new payment and contracting approach with their commissioners in order to support the changes. This involved aligning commissioning for quality and innovation payments (CQUINs) to admission avoidance measures and a fixed value contract for outpatient and emergency work, supported by transformation funding. The contract fixed activity levels at just under expected outturn, and key metrics—in the form of the readmission and marginal rate penalties—were agreed upfront as part of the contract.

A key advantage mentioned by all of the providers working with these contracts is certainty; certainty over their income profile over the course of the year, which in turn enables providers to invest with confidence. Some have also indicated that these arrangements have changed the nature of discussions between providers and commissioners so that both parties are focused on how to improve patient pathways, rather than simply how to reduce activity.

These contracting arrangements are by no means perfect—and many might be described as simplistic, no better than a block contract, which so many providers have fought so hard to move away from. But good payment design needs more than just sound economic principles, and what works for one local health economy might not work for another.

In any case, it is clear that the existing model for reimbursing UEC services is no longer fit for purpose. Trial and error led design by local health economies might be the only way to understand whether the solution lies in a more refined activity based model, through the potential new payment approach put forward by Monitor and NHS England, or through another type of fixed value contract.

It is welcome that local health economies are being given a licence by the national bodies to do things differently. However, the one condition of success for any of these models will be relationships—get these right and the right payment model for your local health economy will follow.

If you wish to find out any further information about the case studies in question, or would like to be put in touch with the providers in question, please contact Phillippa.Hentsch@nhsproviders.org

*The names of the trusts involved have not been named as some contract negotiations for 2015/16 are still being finalised.