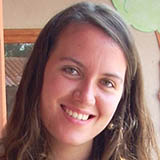 Sir Tim Hunt, British biochemist and Nobel Laureate, had until recently enjoyed relative anonymity outside of scientific fields. Recently, at an international conference of science journalists in Seoul, he was invited to speak at a meeting for women in science and delivered as part of his speech an extraordinarily ill judged few sentences which have come to haunt him: “Let me tell you about my trouble with girls. Three things happen when they are in the lab. You fall in love with them, they fall in love with you, and when you criticise them, they cry.”

The implications for Hunt’s career and reputation have been catastrophic. Within hours of his comments, the twitter frenzy had begun, and the international press quickly picked up on his faux pas. In an interview with The Guardian, he describes how, before he had even finished his journey back to the UK, he was being forced by UCL to resign from his senior research post, without being given the chance to explain himself.

My attention was first drawn to this story when I overheard a fellow female junior doctor talking about it over lunch in the doctor’s mess. “It’s ridiculous,” she was saying, “it was only a joke, why does everyone have to get all feminist about it?” The Daily Mail, which for some reason I found myself reading later that afternoon, voices a similar view, blaming, as it so charmingly puts it, the “feminazis” for driving one of Britain’s most eminent scientists to retirement.

This, I think, is an oversimplification of events. I have no doubt that Hunt meant no offence with his comments, and he has since issued what seems like a genuine and thoughtful apology. I feel for him; reading his interview in The Guardian, he comes across as a little naive, as though baffled by what has happened. To me though, the fact that he meant this comment as a joke, and did not stop to consider the effect it might have, highlights exactly why there is still a problem.

Women are under represented in science, accounting for only 38% of researchers in the UK, and 30% worldwide. Predictably, this gap increases as you move up the career ladder, with women more poorly represented the higher up you go. We are further ahead in medicine: women currently make up 44.5% of registered medical practitioners in the UK, although notably this translates to only 32.5% of specialists.

I remember an incident at medical school, described to me by a male colleague when he was on a surgical rotation. He was the only male in his group of four or five students on this placement. The (male) consultant picked up on this, and joked about it to him in front of the group: “Don’t worry, none of them (the female medical students) will make it to consultant, they’ll all be too busy having babies.”

Just like Tim Hunt’s comment, to this particular consultant his was probably an off the cuff remark, intended as nothing other than a harmless joke. I know that plenty of my colleagues, both male and female, would dismiss it as such. You are excused these things, especially when you are an older, (Tim Hunt is 72), upper middle class male who went to an all-boys school. So much has changed since their day, and it is tedious, if not frankly impossible, to try and keep up with the constantly shifting boundaries of political correctness.

I feel, however, that as a professional, and as someone in a position of authority and influence, you have the responsibility to do just that: try. These comments may seem insignificant when taken in isolation, but together, they begin to take their toll. I could recount dozens of similar episodes just from my five years at medical school and initial steps into medical practice as an FY1. It speaks of a deeper cultural problem, a shift in mentality that is desperately needed, but it is not happening rapidly enough to reflect the shift in the demographics of our doctors.

These kinds of attitudes are damaging, to both men and women within science and medicine, and to those who are aspiring towards a career in these fields. The fact that people are not being held to account for voicing outdated and offensive opinions perpetuates the idea that these views are in some way acceptable. They are not. If Hunt had made a similar remark about race, he would have been universally condemned.

Hunt’s fall from grace has been swift and brutal, but actually does nothing to tackle the root of what is a much deeper and more complex problem, and I can’t shake the feeling that he has been used as something of a scapegoat. For us in medicine, I hope that it opens up a debate that is often too quickly stifled. After all, as a profession we are taught to treat our patients with respect and tolerance; it seems only right to afford the same treatment to our colleagues.

Conflict of Interests Statement: I have read and understood the BMJ Group policy on declaration of interests and declare the following interests: none.

Sioned Gwyn is a foundation year one doctor at Royal Devon and Exeter Hospital.