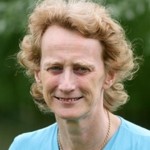 Many years after his Nobel Prize winning discoveries in cell cycle regulation, Tim Hunt made some inappropriate and indefensible comments. It seems like the whole world wants to discuss those comments. Or rather, it’s as if they want to demonise the man and forget the totality of his life.

Scientists are supposed to like evidence. We are not supposed to cherry pick data to fit a model that ties in with our beliefs, and I fear that some of the more extreme extrapolations that have been made—based on one data point of some off the cuff remarks, however offensive people have found them—do not stand up to scrutiny. If any good is to come out of this whole sorry episode, I hope it will be that people scrutinise their own behaviour in the light of the issues regarding the ongoing barriers, explicit and implicit, that women in medicine and science face.

I should make it clear that over the past five to six years I have worked closely with Tim on a variety of committees, including with the Royal Society and the European Research Council. Some would say that this means I have a conflict of interest, but if only people who know nothing about someone are allowed to make statements we are in a sorry state. I’m happy to be a sort of character reference. Although the committees I sat on with Tim did not involve judging individual candidates, gender issues regularly came up and I cannot say he came across as sexist in any way. And, more widely, the evidence as yet has not been provided that he has had a lifetime of being sexist and hostile to women.

On the contrary, all I know and all that I have seen (and heard) suggests the exact opposite: since he won the Nobel Prize he has travelled extensively and tirelessly, trying to inspire the next generation, be they men or women. I believe he has been made a very public scapegoat to exorcise the community’s sense of guilt that all is not well for women in science—and, of course, that won’t really move us forward.

Moving forward is exactly what we need to do and perhaps this sorry episode can really change the way the issue is handled. Things can still be difficult to hostile for women in medicine and science. Just how bad it is varies from lab to lab, from institution to institution. Stupid words are damaging, no doubt about it, but damage comes in far more serious ways than simply one old, famous Nobel Prize winner uttering inanities in a failed attempt at humour; or by extrapolating from those words to assumptions about the man’s attitudes in general without more evidence.

We should use this episode as a trigger for much wider action across the sector to make sure future generations of talented women receive the support and recognition they deserve. No more appointment and promotion panels that don’t receive unconscious bias training; no more presumptions that part timers can’t be serious about their research; no more dumping unvalued (in terms of career progression and promotion) tasks onto women because “they’d be so good at it;” no more lazy stereotyping by all and sundry including the media; no more looking the other way when whispers of harassment or aggression surface because people are uncomfortable rocking the boat or challenging someone in power. Gosh, wouldn’t that make a difference! Will this happen because one man and great scientist has been publicly humiliated? I fear not.

Make no doubt about it, in medicine, in universities, and in most other professions we still too often rely on appointing people “like us” while simultaneously paying lip service to the value of diversity. Minorities suffer because they are different and may not appear to fit in with the dominant norm. In order to rectify these problems, we need to not vilify one man but scrutinise behaviour across the board. We need to recognise the implicit hurdles women face on a daily basis and to embrace wholeheartedly the idea that each of us has a responsibility to call out bad behaviour. Stories of harassment often bubble beneath the surface, as well as stories of aggressive behaviour directed toward people lower down the pecking order. As long as people think that this is acceptable behaviour, we will not have equality.

Tim Hunt made the mistake of saying women cry. So they do. Some (all?) men, including him, do too. Crying isn’t a sin but, because it is seen as a female failing, it is deplored in the workplace. Men in a tight spot—and apologies for the stereotyping but you’ll understand my point—can shout and get angry. Somehow that is seen as more acceptable. Maybe it’s time to remove this double standard and recognise that, while we all sometimes get emotional, when shouting becomes a form of aggression it has no place in a modern workplace, particularly when directed at junior and/or female staff. It’s just as inappropriate and manipulative as it would be to try to use tears to get your own way.

We remain stuck in a mindset of normative behaviour that is outdated. Far too many questionable practices are allowed to continue. At the very least, we should use the sacrifice of a great scientist to act as a trigger for our collective consciences finally to embrace change. This means putting into place the well documented actions that can improve the working world for women and men alike, not briefly shouting and then forgetting about the wider problems our society faces.

Athene Donald is professor of experimental physics at the University of Cambridge and was the university’s gender equality champion from 2010-14.

Competing interests: She has served on several committees with Sir Tim Hunt.