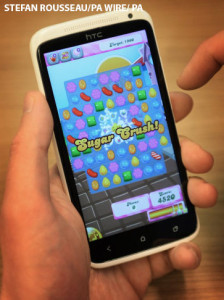 • A news story reports on the intriguing case of a man who lost the use of his left thumb after playing the smartphone game Candy Crush all day for more than six weeks. The authors of the case report suggest that the stimulation of playing the game may explain why the man did not feel pain from his injury. Video games might, they suggest, have a potential role in pain management, and any pain reduction effect may be a reason why “some individuals play video games excessively, manifest addiction, or sustain injuries associated with video gaming.”

• The importance of doctors thinking about their role as carers is emphasised in an “If I Ruled the NHS” piece by Chris Holcombe, a consultant breast surgeon at Royal Liverpool University Hospital. Holcombe argues that “every candidate for every job in the NHS” should be asked about care. “We don’t need to define it,” he says. “After all, it looks different in each area and for each role, but we do want to ask the question, to reflect on the answers, even to struggle with the answers . . . In this way, care will regain its place as one of the core values of the NHS.”

• A report from the BMA’s Medical Academic Staff Committee, covered by BMJ Careers, argues all doctors should think of themselves as scientists, and all medical education and training should teach doctors to understand scientific evidence. The committee says that all doctors “should regard themselves as scientists investigating the social and biological aspects of health and illnesses.”

• Elsewhere in The BMJ, a research paper and an editorial look at the time to benefit of using flexible sigmoidoscopy for colorectal cancer screening. The authors of the editorial argue that time to benefit may depend on whether adults have been previously screened or not.