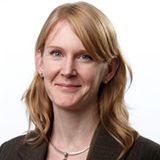 The US Supreme court has put three executions in Oklahoma on hold while it considers a legal challenge to the state’s use of midazolam in its lethal injection protocol. This is likely to reignite the debate about the involvement of doctors in capital punishment, a practice that is prohibited by the American Medical Association, but permitted and often even required by state law.

The involvement of doctors in executions was perhaps inevitable after the first lethal injection, designed by an anaesthetist, was carried out in 1982 in Texas. Other methods such as the electric chair, gas chamber, firing squad, and hanging were gradually abandoned in favour of the apparently more humane three drug protocol, in which a prisoner was first anaesthetised and then paralysed before a lethal dose of potassium was administered. The process of lethal injection undoubtedly “medicalised” capital punishment, requiring the skills of personnel trained to insert intravenous lines, inject drugs intravenously, adjust dosages or timings of drug administration, and monitor signs of consciousness.

Since 2009 drug shortages have forced authorities to explore the use of untested alternative drugs or protocols, and Oklahoma’s experiment with a new drug cocktail using midazolam as the anaesthetic agent resulted in the well known botched execution of Clayton Lockett in 2014. This and several other similar cases have resulted in the challenge in the Supreme Court, which will have to consider the efficacy of midazolam to mitigate pain, and whether the state’s method of execution is in violation of the Eighth Amendment’s protection against “cruel and unusual punishment.”

In previous cases before the courts, inmates have argued, sometimes successfully, that the participation of anaesthetists or other highly trained medical staff is required to minimise the risk of unnecessary suffering. Opinion within the medical profession on this point is divided. Writing in The BMJ in 2010, Mike Weaver, a US anaesthetist practising in the UK, said lethal injection for capital punishment is not part of any medical domain. “There is no patient; harm is done on purpose, and there is no consent. So, no healthcare professionals belong here.” Atul Gawande, interviewing doctors who had participated in executions, found there was no simple explanation for why they did this work. However one doctor saw it as an end-of-life issue, and that it was his duty to ensure that a “death-penalty patient” had comfort.

The use of medical personnel and their skills in other non-clinical settings is discussed in a recent editorial by Sheather et al in The BMJ, which considers the dual obligation of doctors involved in torture, and the “moral disorientation” this causes. Gawande also cautions against this, saying, “The government has shown willingness to use medical skills against individuals for its own purposes—having medical personnel assist in the interrogation of prisoners, for example, place feeding tubes for force-feeding them, and help with executing them. As medical abilities advance, government interest in our skills will only increase. Preserving the integrity of our ethics could not be more important.”

Some doctors may wish to use their skills to ease the suffering of those facing a painful death, but it is not the responsibility of the medical profession to find a solution to the legal challenges faced by the penal system.

Marika Davies is a freelance journalist and medicolegal adviser at the Medical Protection Society.