It seemed, on the face of it, to make a lot of sense. It seemed intuitively the right thing to do.

When the Indian Ocean tsunami struck on 26 December 2004, psychologists flew in to encourage survivors to openly discuss their feelings in detail—a process known as “debriefing”—as a way of warding off post-traumatic stress disorder. Psychologists had a hunch that it must surely be good for survivors to talk openly about the crisis and the difficult emotions it had caused.

Except we now know, from systematic reviews, that at best debriefing is ineffective, and at worst, as seen in the highest quality studies with longest follow-ups, it is actually harmful and worsens psychological stress.

Millions of people are affected every year by disasters. We owe it to them to ensure that humanitarian enterprise isn’t just based on hunches about what might work. The enterprise should surely be guided by the best available evidence. Providing such guidance is the motivation for an inspiring initiative called Evidence Aid, which is promoting evidence based humanitarianism.

Last month, we had the opportunity to meet Evidence Aid’s director, Professor Mike Clarke, health researcher at Queen’s University, Belfast, when he came to San Francisco to accept the award for the 2014 Unorthodox Prize. The prize, worth $10 000, is given to reward a new, unorthodox idea that challenges conventional wisdom and that “will have a transformational impact on the lives of the world’s most disadvantaged people.”

In accepting the award, Clarke said that in our response to humanitarian disasters: “Doing something is not enough. We need to do more good than harm. Some things don’t work. We’ve got to know what works, what doesn’t, what’s unproven. Well meaning interventions may be harmful or unhelpful.”

Evidence Aid will identify existing Cochrane systematic reviews that are relevant to humanitarian settings, it will conduct new reviews and update existing ones, and it will advocate for and facilitate reviews conducted by other authors worldwide. To help guide its work, last year the initiative brought together the World Health Organization, Médecins Sans Frontières, and other humanitarian actors to identify 30 unanswered priority questions, which included:

Which strategies for building shelters and settlements are the best?

What is the impact of emergency feeding programs (e.g. providing cash, vouchers, or food)?

What are the effects of different models for coordinating interventions?

The “dream scenario,” said Clarke, is that Evidence Aid becomes a “one stop” resource for humanitarian workers seeking specific evidence to prevent and manage specific kinds of emergencies. This evidence, said Clarke, would then need to be linked with the tools that are available in the field.

In describing his vision for Evidence Aid, its potential impact revealed itself when he showed us a series of photos from recent disasters, including the Japanese earthquake and tsunami. He asked the audience to examine the photos and then ask ourselves, “What evidence would we like to have at our fingertips to address this crisis?” The results of this thought experiment were striking and underscored clear gaps in our knowledge. Key questions included how best to protect relief workers from harm, clear away possible contaminants, stabilize unstable buildings and rubble, provide clean water, and prevent psychological distress among survivors of disaster and relief workers.

Having a go to resource to answer practical questions can then free up time and capacity for researchers and relief workers to also understand the effects of interventions that are harder to measure and less amenable to Cochrane reviews. An example is: what are the best ways to build capacity in local communities so that we can usher in a transition from relief to development, which ensures survivors have a continuum of care when the humanitarian community moves on to the next global crisis?

With so many pressing questions, but only a skeleton staff (a 50% time knowledge manager and a 20% time coordinator), Clarke will have his work cut out. The Unorthodox Prize is aimed at offering “catalytic funding” that leads to the initiative attracting further capital. Evidence Aid’s success could help transform the way we do business in humanitarian settings.

Gavin Yamey declares that he has read and understood the BMJ policy on declaration of interests and hereby declares the following interests: E2Pi has received funding from multiple non-profit health organizations and donors who have worked in humanitarian crises (the Bill & Melinda Gates Foundation; the Clinton Health Access Initiative; the Global Fund; UNITAID; the Partnership for Maternal, Newborn, & Child Health; DFID; the Norwegian Agency for Development Cooperation; and the Swedish government). 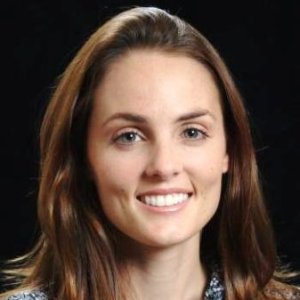