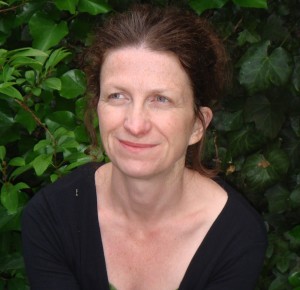 Former US president Bill Clinton achieved a lot in the White House. He presided over the longest period of peacetime economic growth in American history, he signed the North American Free Trade Agreement, and he was the first Democrat since Franklin D Roosevelt to win re-election. Yet when asked last month to recall his greatest accomplishment, he chose none of these things. The best thing he did as president, he told the Inclusive Capital Conference in London this year, was spending $3bn (£1.8bn; €2.2bn) on the human genome project.

The pride of place that Clinton gives to the sequence of humanity’s genetic code derives in large part from the way it has already contributed to great advances in treating cancer and rare inherited conditions, and the promise of personalised medicine. Its contribution to health, however, was not the reason he gave. He was proudest of the project’s role in generating an entirely new industry, which has become a fresh source of economic growth. That $3bn investment, by governments and charities, has brought a vast return—more than $180bn, Clinton said, is now invested in genome companies in the US alone.

Much of that return has its foundations in British investment in genomics, and work by British scientists and the Wellcome Trust Sanger Institute. A good example is Solexa, a sequencing technology company that spun out of research by Shankar Balasubramanian and David Klenerman in the mid-90s, and which sold for $600m in 2006.

The money invested in sequencing the human genome is an example of how, when we invest in medical research, we win twice over. We make discoveries that improve human health, but we also make a substantial financial return.

Research published yesterday in BMC Medicine—commissioned by the Academy of Medical Sciences, Cancer Research UK, the Department of Health, and the Wellcome Trust—provides the latest evidence that there is a strong economic argument for continuing this investment. The authors estimate that for every pound invested in cancer related medical research, there is a direct economic return of 10 pence year on year—far in excess of the UK government’s stated minimum threshold of 3.5 pence per pound for investments.

On top of that, there is an estimated additional 30 pence of yearly return per pound in “spillover” benefits. These encompass the indirect financial impact of public and charitable research investment, including increasing employment and leveraging private sector research and development activity. All in all, the study claims a weighty 40 pence return for every pound spent on medical research.

The research also highlights that health and economic benefits take time to come to fruition—15 years on average—and we must invest with an eye on the long term. For every breakthrough, there are false starts and incremental, less startling findings, but they’re equally part of the process of science, and we should be open about them. Funding is not the only ingredient needed to achieve results: curiosity, risk taking, persistence, and some serendipity are just as vital.

Take the example of IVF. Pioneering research in the early 1960s by British scientists Robert Edwards and Patrick Steptoe led to the successful delivery of the first test tube baby, Louise Brown, in Oldham in 1978. Since Louise, there have been more than five million babies born by using IVF technology around the world. In the UK alone, the IVF industry is worth an estimated £500m.

Another success story is monoclonal antibodies—the basis for a class of drugs that treat everything from breast cancer, to cardiovascular disease, to psoriasis. The industry was recently valued at £250bn, but the breakthrough in the science came in the late 1970s on the back of Medical Research Council funded research by Greg Winter.

In sum, medical research is that rarest of beasts in public spending—a genuine investment that can often be guaranteed to pay off over time, in wealth, as well as in health. We don’t know where the next discovery will come from, but spending money on our intellectual infrastructure now ensures that the research system will continue to produce a return 15 or 20 years from now.

As all the parties plan their manifestos for the next parliamentary term, which will surely include continuing austerity measures, a decision to cut back investment in medical research would be a terrible mistake. And a truly false economy.

You can read more about the Wellcome Trust’s involvement with the report mentioned in this blog here.

This blog was first published on the Wellcome Trust’s website here.