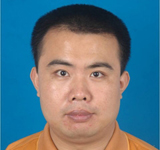 Yueju Liu,Yanling Su, Han Li, Juan Wang, and Yingze Zhang reflect on the past and present of government funded healthcare in China.

After the People’s Republic of China was established on 1 October 1949, Chairman Mao Tse-tung and the Chinese central government created a healthcare system, which provided government funded healthcare for government staff, workers, college students, and people working for state-owned units. This healthcare system was financially wasteful, because entire families used it if one member of their family was eligible for free healthcare. The government had to reduce their investment in the medical infrastructure because of its heavy financial burden. A lot of hospitals had poor equipment and poor medical technology.

Private companies shut down rapidly to avoid paying benefits to their workers. Chinese private health insurance and foreign healthcare insurance is only affordable to a small elite group. Healthcare reform in cities is still imperfect, as it is hampered by the market oriented economy [2].

In rural areas, farmers had to pay for their medical care from their own pockets, from 1949 to 1965. Farmer’s lives were very hard back then. Farmers could not afford to go to hospital or even go to local clinics when they got sick . On 25 June 1965 Chairman Mao Tse-tung declared that “healthcare services should focus on the countryside.” So “The Cooperative Medical System” was established in the countryside. It was first tried out in the village of Hubei Changyang. The cooperative operated village and township health centres that were staffed by practitioners who only had basic healthcare knowledge. They were named barefoot doctors. They were paid by the local government, and provided both Western and traditional Chinese medical care, in addition to a lot of public health services. The Cooperative Medical System made the village into a cohesive unit. Each farmer had to pay a yearly premium of 1 yuan (or from roughly $0.2), including a 10 cent (or from roughly $0.02) subsidy from the village committee. Farmers were able to see a doctor for just five cents (or from roughly $0.01) per visit, and all the medication was free of charge. In the 1970s, 90% of all farmers were participating in this project—about seven or eight hundred million people. This effectively ensured that basic medical needs were met. It also achieved major gains in controlling infectious disease through immunisation, such as malaria and schistosomiasis [3].

In the 1980s China entered the market-oriented economy. The Cooperative Medical System had to disappear overnight because of its inability to keep up the barefoot doctors’ salaries. They had to make a living by themselves, and most relied on selling drugs and providing intravenous infusions. There was a series of problems after the Cooperative Medical System was discontinued. Firstly, because China’s rural economy was privatised, some farmers became relatively rich. The richer ones mostly went to capital or provincial hospitals for medical care where they had to cover their own medical expenses. The distribution of patients excessively centralised in hospitals in big cities.

The facilities in smaller hospitals went out of date as they had fewer patients. It was also not uncommon to see farmers who were too poor to afford any medical care, which contributed to increasingly frequent local riots and disturbances in rural China. Without rural public health services, there has been a resurgence of some infectious diseases such as schistosomiasis and tuberculosis, which were nearly eliminated by barefoot doors in Chairman Mao’s times [4]. All of those will become threats to the established political authority to a certain extent.

In 2002, the central government issued a circular on “further strengthening the rural healthcare system,” and decided to establish the New Rural Cooperative Health Insurance System. Its highlights include. Each individual farmer had to deposit 10 yuan (roughly $1.67) into a fund, the government supported the development of township and county hospitals, 80% of each farmer’s inpatient medical expense was reimbursed by the township hospital, 60% was reimbursed by country hospitals, and 50% by provincial and capital hospitals. Financial investment in healthcare from the central and local province government has increased year by year.

The extensive coverage of the new rural cooperative health insurance system has been nearly 100% in Chinese villages since 2002 until 2013. Although the health insurance only covers inpatient costs (it is called “big disease insurance” in China), it still greatly reduces the incidence of poverty caused by disease. Farmers have welcomed it, and it is also conducive to maintaining social stability. Even more impressive is that, the New Rural Cooperative Health Insurance System lets simple diseases be treated in township hospitals and county hospitals, which makes it possible for provincial and higher level hospitals to focus on the treatment of difficult and complicated diseases. Although we have to admit the current healthcare system is still imperfect [5], we keep moving forward [1,6]. We have a huge stake in the wisdom and courage to learn the experience of the United States and other developed countries’ approaches to their country’s healthcare challenges for the wellbeing of all Chinese people.

Competing interests: The work described has not been submitted elsewhere for publication, in whole or in part, and all the authors listed have approved the manuscript that is enclosed.None of the authors of this article have a financial or personal relationship with other people or organisations that could inappropriately influence or bias the content of the paper.