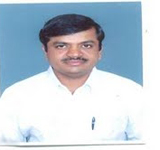 The healthcare scenario in India is one of the most serious concerns facing the nation today. Although globally India has earned a reputation for its inexpensive medical tourism (healthcare costs are 1/10 of the cost of the West), the country has serious problems attending to its own people.

Out of all Indian citizens needing medical attention, the country’s marginalized minorities constitute the largest and most neglected group. This endangered section includes senior citizens (103 million), people with disabilities (33 million), scheduled castes and tribes (300 million), and those below the poverty line (250 million).

Even as India’s urban medical scenario struggles to keep pace with the huge annual influx to urban areas, these numbers are projected to increase in the next few years. Therefore, medical preparedness through government schemes, private hospital insurance, and societal redress of problems surrounding its minorities, are all crucial.

According to the Census of India 2011, the urban population in India has grown over 30% during the past decade. Plus, official figures say that out of 300 million Indians below the poverty line, 80 million are living in urban areas. This volume is more than the whole population of Great Britain. A 2011 study in the Journal of Obstetrics and Gynecology, estimated that there were 690 per 100 000 urban Indian women who die before, during, or immediately after childbirth. Meanwhile, the infant mortality rate in urban India has been reported by leading Indian news channel, NDTV, as being 44 deaths for every 1000 babies born. Though this contrasts sharply with rural India’s 75 deaths for every 1000 newborn infants, it still throws light on the inefficiency of delivering babies in towns and cities.

A 2009 Indian government study on health and living conditions in eight Indian cities has identified and elaborated the concerns caused by the country’s overpopulation. These include overcrowding, desecration of the environment, the growth of slums, and a jarring inequality in living conditions and access to services. In the process, the urban poor become especially vulnerable to diseases and poor health and face a daily struggle to fulfill their basic needs for shelter, food, water, education, and health.

Accessibility to water, has improved dramatically in recent years, currently benefiting 96% of Indian city residents, but only 31% avail of good sanitation.

Access to food is a major obstacle. India is allegedly home to 48% of the world’s malnourished children. This accounts for about 60 million people, which is about half of India’s total population under the age of six. The World Bank estimates that malnutrition for children in India is five times greater than in China

The symptoms of a lack of nutrition manifest themselves as stunted growth, being underweight, and lacking in vitamin A. But the largest and most severe example of malnutrition is anaemia, which affects some 75% of Indian children suffering from food deprivation.

Medical access in India is a contradiction. India has an extraordinary reputation for being the source nation for medical personnel throughout the world—be they doctors or nurses. However, there’s a shortage of qualified doctors and support staff in India itself. According to an article in a recent edition of the medical journal Pharmatutor, there is currently one doctor to every 2000 Indians and around the same ratio of nurses. Furthermore, statistics from India’s Central Bureau of Health Intelligence claim there are currently around 540 330 beds in India’s total of 11 614 hospitals serving a population projected to reach 1.5 billion by 2030.

Since 2005, there have been some promising signs that the issue of urban heath in India is being addressed by the government. There is the midday meal scheme (covering 700 000 primary schools), the national health insurance programme (benefiting 23 million families across 25 Indian states), and the ambitious national urban health mission that garners the greatest potential. This nationwide health plan has been put in place to aid the urban poor through increasing the volume of public healthcare centres. The plan, which has only gathered steam in recent years, aims to utilize a Rs 225 billion budget spread out over 779 cities and towns and reach a population of 77.5 million Indian citizens.

Competing interests: “I declare that that I have read and understood the BMJ Group policy on declaration of interests and I have no relevant interests to declare.”

K.N.Gopinath is executive director (Operations), The association of people with disability (APD), Bangalore.