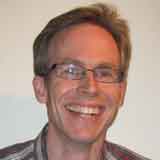 Mr Jones comes to see me. He is only 62, but has high blood pressure, had a stroke two years ago and still has a noticeable limp as he walks down the corridor to my room. Like most patients, Mr Jones knows that he has 10 minutes for the appointment and has spent the time in the waiting room wondering how best to use it. His knee has been bothering him for a while and he has decided it is time to bring this to my attention, but he also knows that his review is due and he won’t be able to leave my room without having had his blood pressure taken.

What Mr Jones really wants to talk to me about, though, is that he’s been having trouble maintaining an erection. He’s not quite sure how to broach that subject, so he plays safe, taps his knee as he sits down and opens with “It’s this, doctor. Giving me some trouble, that’s the main thing.”

Like any good GP I clock that if the knee is the main thing then there must be something else as well, and make a mental note to come back to that later—but his blood pressure check is flashing on my computer screen, vying for my attention.

We talk about the knee for the first minute of the appointment, and then I reach for the blood pressure cuff. There is a good reason to tackle this first, since getting him up onto the couch to examine his knee might adversely affect the reading. The numbers are the same as last time—145/85—which is a bit awkward, as six months ago this was ok, but in the meantime the government has changed the goal posts. Now the target is to get blood pressure below 140.

We spend a couple of minutes talking about this, discussing his medication and why we might need to increase his treatment. Since he’s not keen on extra medications—and I’m not convinced about the new target—we decide that he will borrow one of the practice machines and check his blood pressure at home. I wonder if I have just put the problem off for another day.

The amended blood pressure target is not the only new directive to be imposed by the Department of Health in England this April, so there are more boxes to tick before we can get back to the knee. There’s the new activity questionnaire for starters. Making some assessment of exercise has its place, but I am now required to ask the same questions of all patients with hypertension, however appropriate—or not—it might be. It seems wrong when I ask Mr Jones how much vigorous exercise he undertakes, and he becomes defensive when I enquire how many hours per week he spends doing housework, but we battle through. The advice we receive on the administration of the test states that it takes 1-2 minutes to complete; by the time I have added advice to do more exercise, and received the inevitable reply that this is not easy with only one good leg, that’s a fifth of his appointment.

We return to more familiar territory—I need to ask about smoking—we both know we’ve been here before when I ask if he’s still smoking. He shakes his head and replies: “Not the right time, doc.” The expression on his face asks why I keep going on about it, when he’s made it quite clear he has no intention of giving up.

“Have you any concerns about your memory?” Mr Jones is a little taken aback, as he’s not heard this one before, but he is in an at risk group for dementia and so this is the question I am required to ask. It could have only taken a moment—a simple “no” and we move on—but who doesn’t sometimes forget things? Mr Jones occasionally goes into a room and forgets what he’s gone there for—is that what I mean? It takes a little while to explore this further before we both decide that he is not showing early signs of dementia. He taps his knee.

There’s a blood test to sort out. He’s on a statin for his cholesterol, and although the guidelines I read tell me not to perform regular cholesterol checks once treatment is stabilised, the GP contract insists that I check it annually. Still, I like to keep an eye on his kidney function so it’s not entirely wasted. The forms take a while to print out.

There’s not enough time to get him up on the couch to examine his knee properly, but I know he’ll need an x-ray to look for arthritis so I do a quick examination in the chair and print another form for him.

I have forgotten that the knee was only the main thing and make it clear that the consultation has ended. Mr Jones leaves with the forms. He’s happy with the x-ray, but he’ll have some explaining to do for Mrs Jones when he gets home. He’ll say the doctor was very busy and promise to ask next time.

The 10 minutes belong to the patient.

We need to give them back.

Mr Jones is not a real patient, but I know of many who share some of his frustrations.

Martin Brunet is a GP at Binscombe Medical Centre in Godalming, Surrey, and Programme Director for the Guildford GP Training scheme. He keeps a regular blog on his practice website at www.binscombe.net/blog and is active on Twitter as @DocMartin68