Lessons learnt and wider implications for other sports

In-match head injury assessments (HIAs) have been part of the player welfare landscape in elite men’s rugby for nearly a decade. The HIA is a structured assessment protocol (using real-time video to support clinical assessment) that allows medical staff to manage head impact events where the initial diagnosis may be unclear, and to differentiate between possible, suspected and confirmed concussions (1).

Recent research has shown that the proportion of players subsequently diagnosed with concussions, who were not been removed at the time of their injury, has reduced to less than 10% (down from 58% in 2008)(2,3). The off-field assessment is sensitive and specific (90% & 87% respectively), and the diagnostic accuracy is further improved by clinical judgement (2-4).

Potentially most significant is the extent to which the HIA protocol is now accepted and valued within the competitive high-performance setting of elite men’s rugby, with its role firmly embedded and embraced within the intense matchday setting.

With calls for other settings (such as Premier League football (5)) to introduce a similar in-match head injury assessment, and with few ‘how to’ resources or guides dedicated to implementing complex welfare projects, we decided to summarise how we implemented this protocol in time for the 2021/22 season, and highlight lessons learnt over the course of the competition.

What were the challenges?

The challenges could be spilt into two different elements, operational and clinical. From an operational perspective, we initially needed to embed medical practitioner access to real-time video review into stadium infrastructure. This not only required a great deal of collaboration between multiple stakeholders from a logistical perspective, but also significant financial backing from the governing body, which was secured despite the challenging financial landscape induced by COVID.

Operationally, there were multiple conversations around how the HIA process would work best on matchday. After consultation with club medical staff (who would need to primarily fund and source any additional personnel), it was decided that the protocol would be led by the two team doctors present at the game, with a designated video reviewer in the stadium supporting both teams, monitoring play and flagging incidents for further review.

Knowledge of the protocol (summarised in Figure 1) and support was needed from all match officials, which required a personalised education session. Current international women’s rugby players (including England’s captain and vice-captain) were also briefed, and helped contribute to an educational module for all players & staff at clubs, outlining the protocol and advocating its roll-out, for which we were hugely grateful.

From a clinical perspective, medics from each team in the league were invited to a practical day in the pre-season period (group pictured in Figure 2), where they had the opportunity to practice using the viewing software, carry out an HIA, discuss challenging cases and pose practical and logistical questions. 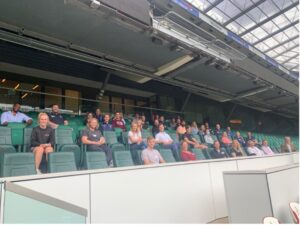 Figure 2. Participants and faculty at the practical training day

How did it go?

The season’s concussion and HIA statistics will be formally reviewed and published as part of the RFU’s annual Women’s Rugby Injury Surveillance Report. However, we are able to share some key insights from the season.

In 73 matches where the HIA protocol was operational, there was on average just over 1 HIA per match. There were no untoward incidents identified on review by the independent auditors of the HIA process over the course of the season, or reports of negative feedback by players or coaching staff. The proportion of players returned after a HIA was higher in this cohort than has been seen in the men’s game.  However, on exploring these instances individually, we believe that that this is likely attributable to medical staff in this league having a lower threshold for temporarily removing a player for a HIA than counterparts in the men’s game. There were no cases where clinical judgment over-ruled an abnormal cognitive assessment, or where the player returned only to be diagnosed with a concussion later in the HIA protocol.

What have we learnt?

To summarise, the HIA has become an integral and well accepted part of the player welfare landscape in elite women’s rugby in England. Through constant communication and the involvement of a wide range of stakeholders (from players and coaches to team medics and software providers), we successfully implemented this ambitious player welfare initiative in a resource-efficient way.

Efforts are underway to ensure that the protocol continues to evolve to ensure that the players receive gold-standard medical care for seasons to come. We would like to express our gratitude and appreciation to everyone involved in the implementation of the HIA in the elite women’s rugby last season, and look forward to continuing to work with such a great cast to ensure player welfare remains the top priority in women’s rugby.