Traumatic meniscal tears in young patients are usually treated surgically, but evidence from clinical trials is lacking. In this blog we explain the results of the first randomised controlled trial (recently published in BJSM) that compared surgical to non-operative treatment in young patients with traumatic meniscal tears. This study took almost 8 years to complete and was a collaboration of 8 hospitals in the Netherlands.

In the randomised controlled trial called the Study of Traumatic meniscal tears: Arthroscopic Resection vs Rehabilitation (STARR) trial we included patients aged 18 to 45 years with a traumatic meniscal tear and without radiographic signs of osteoarthritis. Patients were randomised to arthroscopic partial meniscectomy (surgery within 6 weeks after randomisation) or physical therapy (at least three months of physical therapy and home exercises). Our primary outcome the International Knee Documentation Committee (IKDC) score in both treatment groups at 24 months follow-up. The IKDC score is a questionnaire that measures patients’ perception of symptoms, knee function and ability to participate in sports activities. 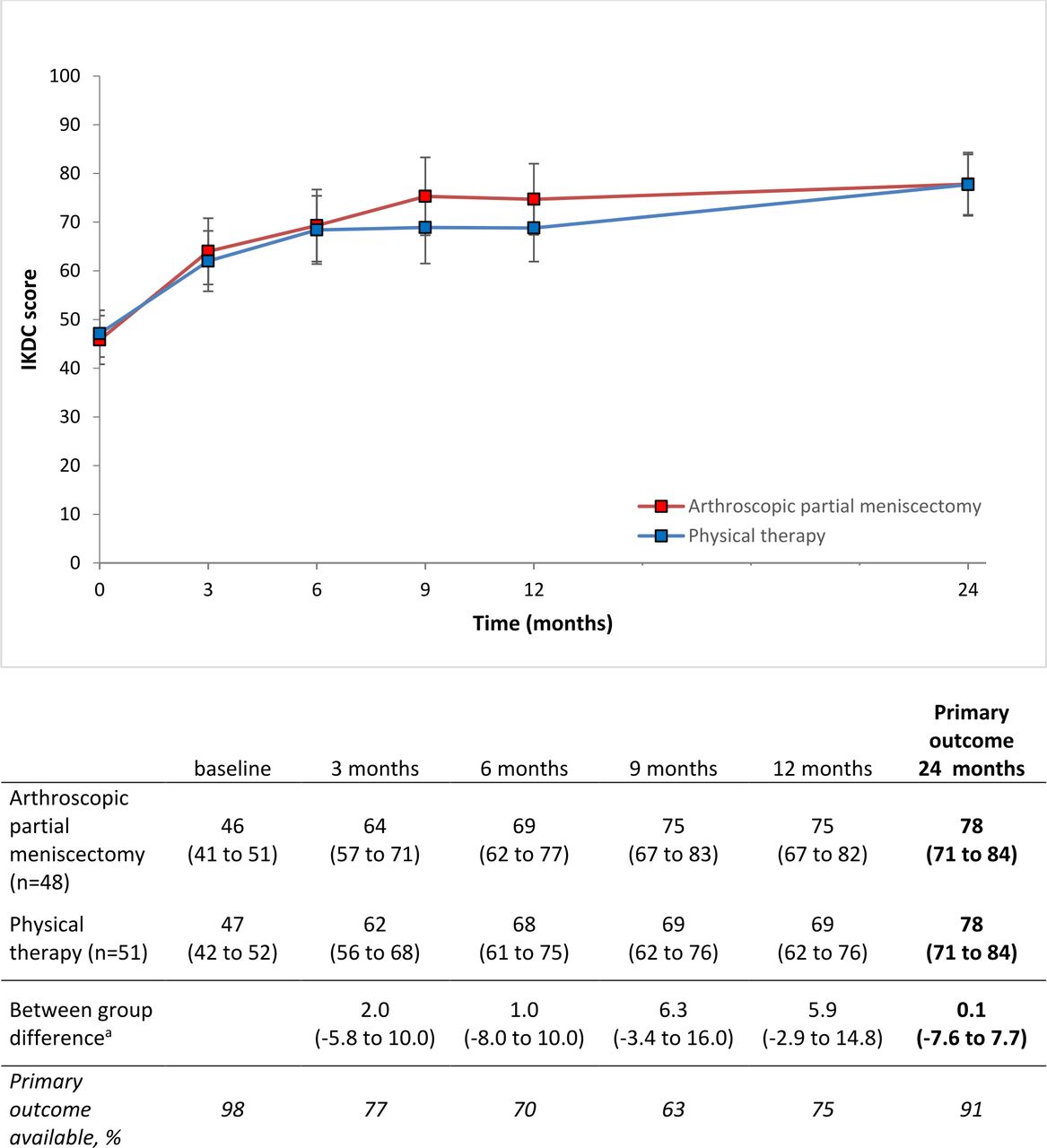