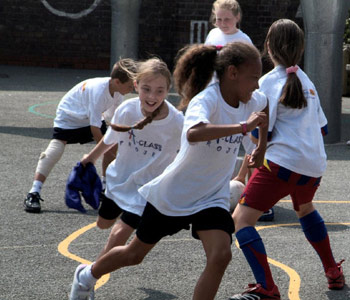 A specialized athlete’s body constitution is often distinctive to their sport. Thus, one would probably never mistake a distance runner for a weightlifter, nor a figure skater for a swimmer. Body composition changes through sport-specific training to match the needs of the sport. But in many elite-sports, athletes have to rely not only on training, but also on having talent and the right biological prerequisites. In the world of sports it has become a normality, that athletes are being selected at a very young age for a specific sport in accordance with their presumed potential. And some key factors for estimating potential are closely correlated to biological maturity.

Biological maturity as a selection-criterion

Biological maturation can be estimated with different methods. Roughly speaking, athletes can be divided into early-maturing and late-maturing adolescents, with maturation events occurring at an age-range of around 11-15. Interestingly, in some sports there is a clear preference for either early-maturing or late-maturing adolescents. Especially in sports like e.g. cycling or ice-hockey, a preference was found for early maturing boys. On the contrary, in sports like e.g. artistic gymnastics, later maturing boys were preferred. In female athletes a similar maturity-related gradient has been observed; e.g. swimming favored early-maturing girls, whereas artistic gymnastics favored late-maturing girls.1

It would be inaccurate to generally assume, that early-maturation, accounting for greater strength at younger age, would ultimately lead to better performance. In particular for sports with high technical demands, late-maturation has significant benefits. The suggested (but unproven) mechanism is the following: During adolescence, biologically underdeveloped athletes may develop superior technical and strategic skills to compensate for physical disadvantage.¹ The additional skill acquired during adolescence, paired with the later-onsetting maturity leads to better performance. Hence, for the late-maturing athlete, the burden of longer-lasting immaturity suddenly becomes a blessing.

The negative effects of early specialization should never remain unmentioned in a discussion of athlete-selection. There is little to no evidence, that specialization before puberty is necessary to reach an elite-status in most sports.² It has been shown that early specialization can lead to higher rate of injury.2 Minimizing the rate of injury is substantial for every athlete, and is especially key in sports that profit from experience and longevity. Early recruitment of young talents in accordance with the sports-specific biological requirements (e.g. favoring early-developers over late-developers and vice versa), undoubtedly reinforces early specialization. This approach ultimately leads to less children and adolescents doing multiple sports, and therefore deprives many athletes of the benefits of multi-sport, especially concerning injury prevention.

A multi-sports approach would, from many viewpoints, be preferable. The reason why this approach is not commonly applied in elite sports, would lead to the discussion of which role the elite-athlete plays in our society. The role of sports in general, and elite sports in particular, differs from culture to culture and therefore different nations use different approaches with their athletes. However, if the sports-world were to apply all scientific findings, a shift to later-specialization should be considered. Because in the end, the health of all athletes matters, and we have to be aware that the burden of lacking injury-prevention will be carried by the talents who eventually injure themselves and therefore won’t make it to the top. It is obvious that athlete’s health should not primarily be about fixing injuries, and instead rather about preventing injuries. Still though, the potential for further improving injury-prevention is huge. Making use of it will hopefully in turn enable more young athletes to fully utilize their own potential.

If you would like to contribute to the “Swiss Junior Doctors and Undergraduate Perspective on Sport and Exercise Medicine” Blog Series, please email corina.bello@bluewin.ch for further information.