Rugby is a sport more often associated with ‘big hits’ than heart-to-heart conversations. However, we know that at the grassroots level of the game, there are numerous health and wellbeing benefits associated with the sport(1). Whilst a lot of these benefits relate to physical health, we also know that rugby can provide participants with a range of mental wellbeing and social benefits(1). As we approach the one-year anniversary of the COVID-induced lockdown in the UK however, rugby (and sport in general) hasn’t been an option for most people. 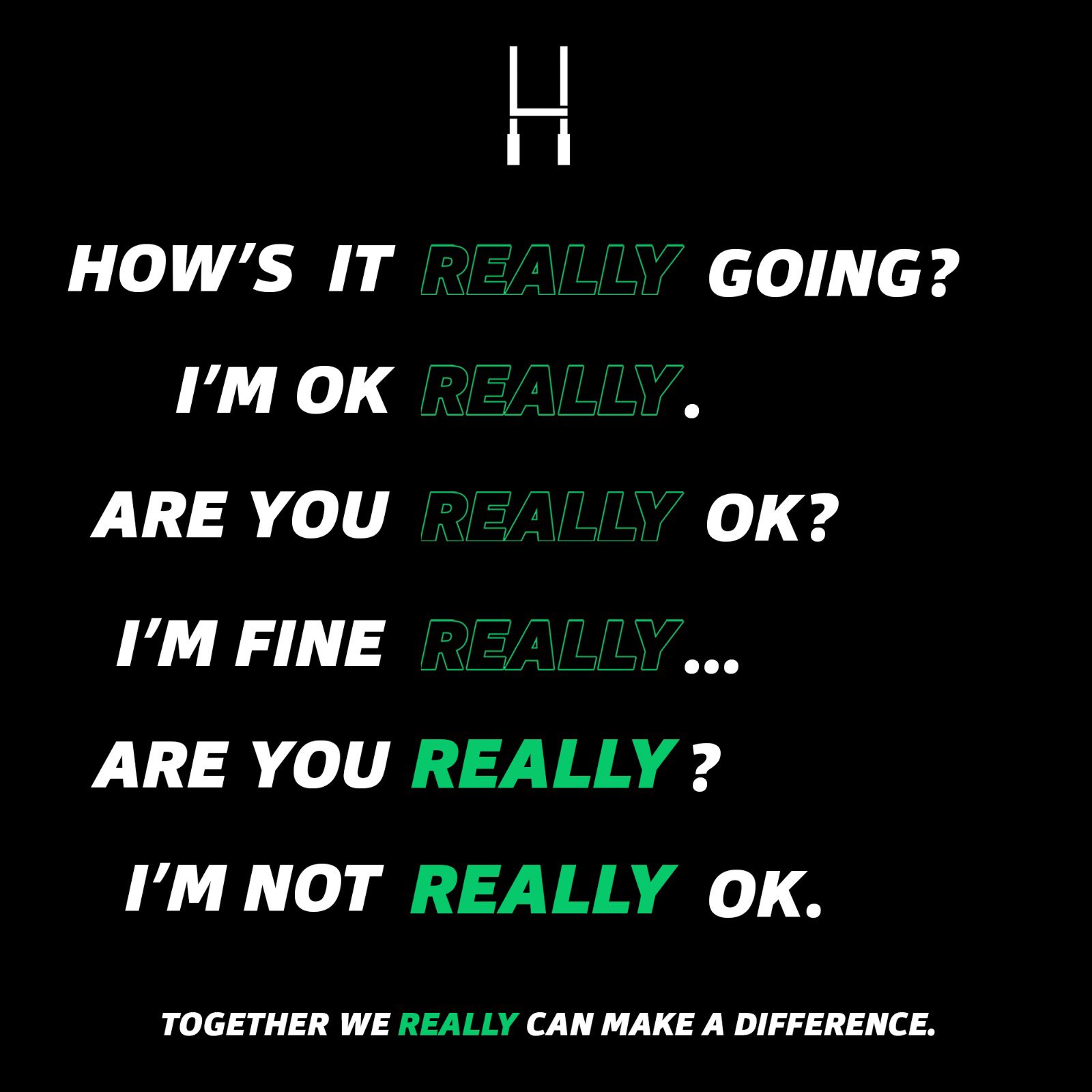 Studies have now consistently shown a reduction in physical activity levels across populations during these lockdowns(2), and there is also evidence highlighting a deterioration in people’s mental health and wellbeing(3).

Whilst wingers might bemoan the lack of try-scoring opportunities and props dream about returning to scrummaging, one of the potentially more hidden downsides of this pandemic is the number of lost opportunities for individuals to use sport to reap some of the health rewards associated with participation. Where some people may have used sports such as rugby as a mental health and wellbeing ‘crutch’, the worry is that some people’s mental health and wellbeing will have fallen down without it. Without the formal opportunities that training sessions and matches provide to check-in on each other, are people struggling?

The Looseheadz Foundation
Having witnessed first-hand the devastating impacts of poor mental health, LooseHeadz was founded by Dave Nicoll, and Mark and Rob Shotton in 2017. With over 60 years of rugby-playing experience between them, reinforced with a desire to help others, they started their campaign to use rugby as a vehicle to #TackleTheStigma around mental health. Along the way, they have been joined by Team Mental Health, a host of high-profile ambassadors, and use 100% of funds raised through the sale of Looseheadz merchandise to fund mental health and wellbeing initiatives. They have also formed and support their own “Loose Headz Academy”, a dedicated, voluntary leadership group, to help the rugby community #TackleTheStigma together. These Academy leaders (of men and women) are in the vanguard of achieving the Looseheadz vision of having an ambassador acknowledged and accepted in every community club in England.

Time to #Really Check In
After a number of discussions and a shared belief around how sport, and rugby could act as a vehicle to enhance the mental health and wellbeing of its players and fans, the ‘#Really’ campaign was launched in February 2021. The aim of the campaign was to encourage rugby players and fans to ‘check in’ on team-mates, friends, colleagues and family members and ask how they were ‘really’ doing.

Informed and supported by the professionals at Team Mental Health, the #Really campaign was launched on Looseheadz social media profiles in the middle of February. The campaign proved to be overwhelmingly popular, with over 180,000 impressions and 7500 post interactions across social media channels. The campaign was backed by a number of high-profile players and organisations within the sport too, including current French defence coach and Rugby legend Shaun Edwards. Crucially, the campaign also signposted people to official sources of advice, should anyone need any further guidance or support.

Look who’s getting involved with the #Really campaign 👏

The @FranceRugby defence coach and patron of the @LooseHeadzFDN, Shaun Edwards 💚

Summary and Call-to-Action
We recognise that rugby in itself will not be the answer to solving the world’s mental health crisis, but if the sport can use its platform to help #TackleTheStigma around mental health (especially amongst players, who traditionally due to their age would be considered a high-risk group), then we would encourage clubs and organisations to embrace it. In England alone, hundreds of thousands of men, women, boys and girls report being involved in rugby union in one form or another every year(4). Similarly, World Rugby have a following of over 1 million people on twitter alone. If only a small fraction of these were to benefit from a coordinated initiative to #TackleTheStigma around mental health, then the impact would still be significant.

As has been mentioned before in the pages of this journal(5), sporting clubs and governing bodies should seek to use the challenges posed by COVID-19 as hidden opportunities to meaningfully impact the health and wellbeing of its participants. The ‘#Really’ campaign will be revived with a new launch date of the 20th March 2021, to coincide with the traditional ‘Super Saturday’ of the Six Nations championship. We will be encouraging players and fans to check how friends are ‘really’ doing by sharing the graphics below, and to encourage their networks to do the same. We call on all rugby clubs, governing bodies and organisations to join us in inviting rugby players and fans to check in on how others are ‘really’ doing on ‘Super Saturday’, and to join the efforts to #TackleTheStigma around mental health. 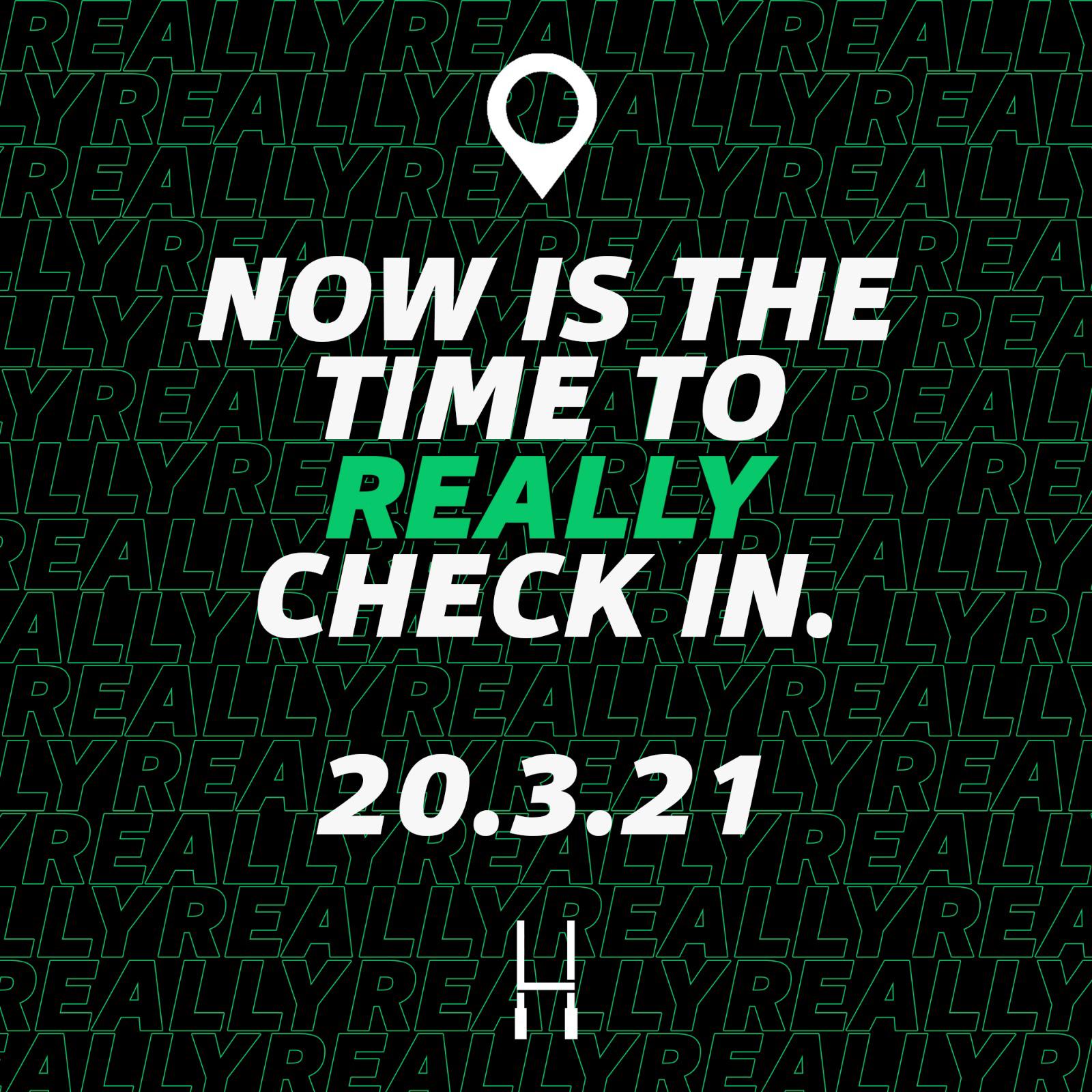 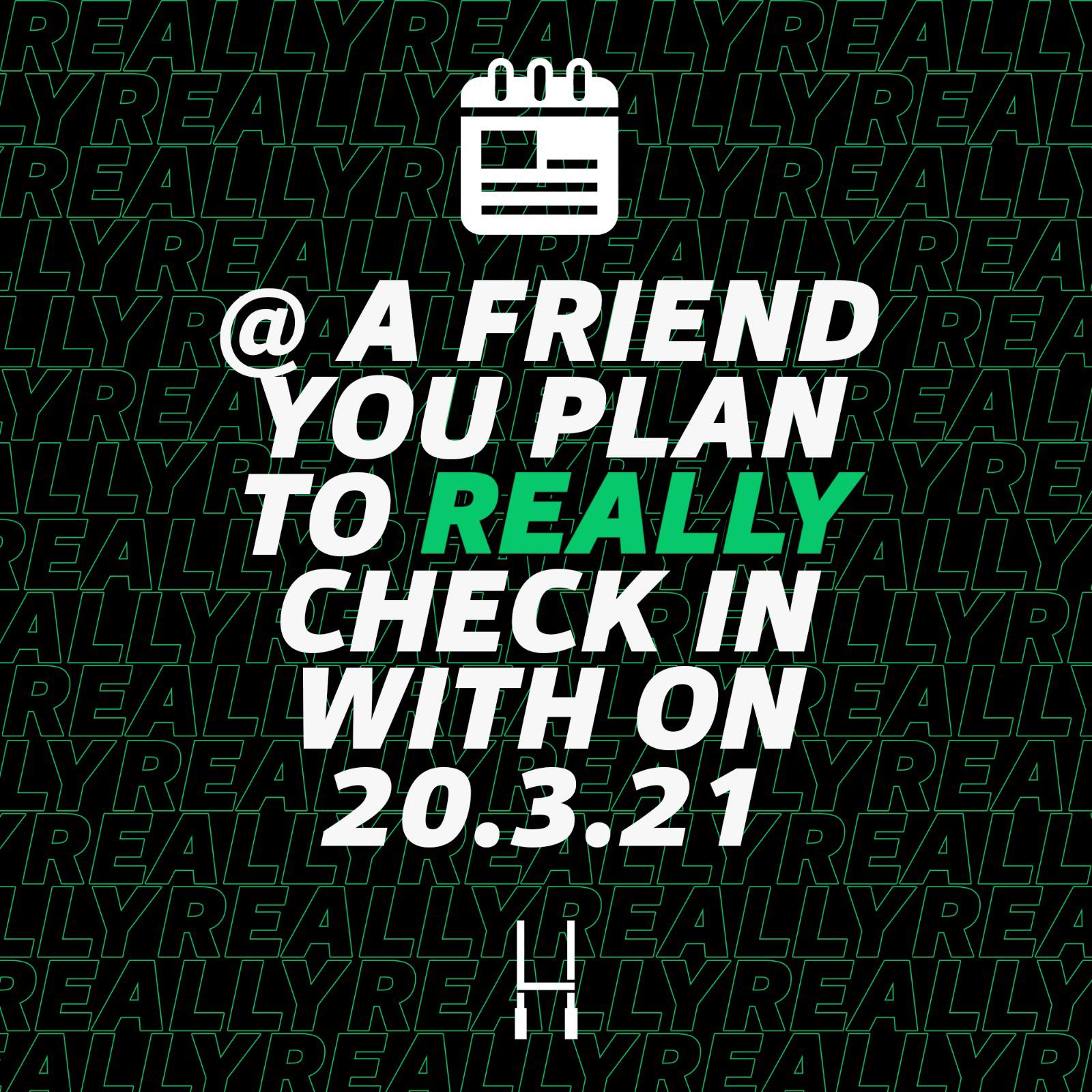