There is concern that females take longer to recover than their male counterparts after concussion.1 The evidence, however, is conflicting, with some finding no difference in recovery between the sexes.2 This likely reflects a complex interplay between intrinsic factors, such as biological sex, and extrinsic factors influencing concussion recovery.

How did we do this study

This study was part of the largest cohort study of collegiate athletes to date, the Concussion Assessment, Research and Education (CARE) Consortium Study, including athletes from 30 colleges and universities across the United States.3 Our final study population included 1071 concussions occurring in sports where both single-sex men’s and women’s teams were fielded. 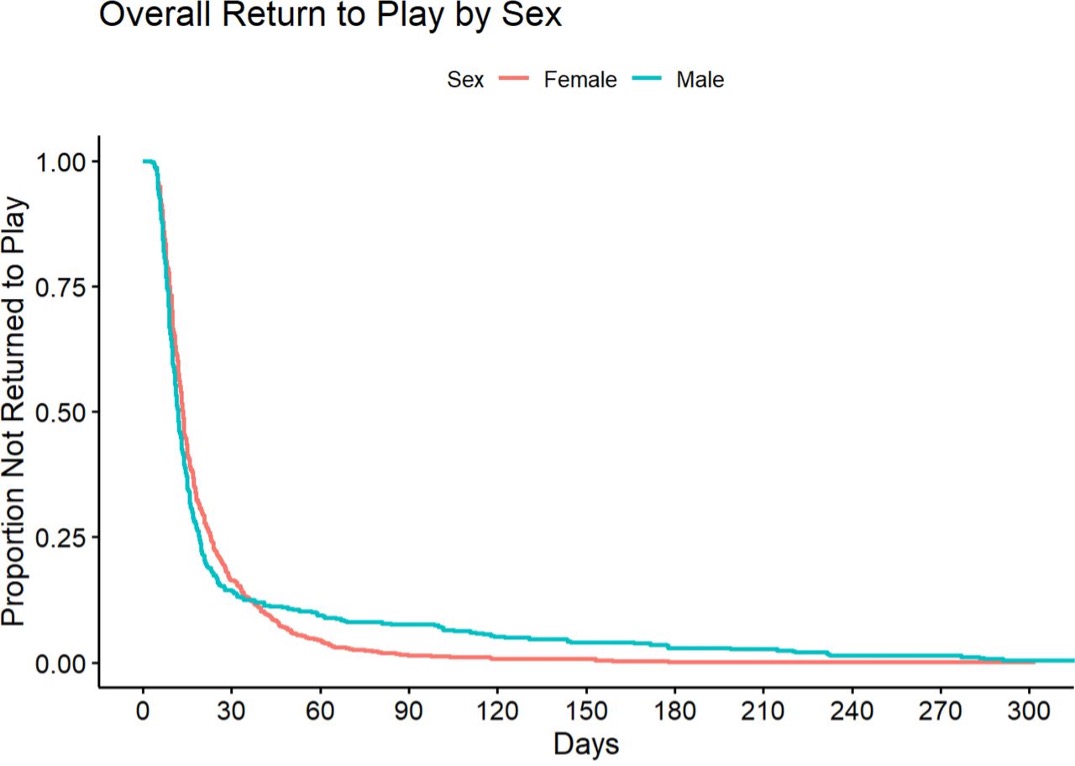 1: Overall, no differences in concussion recovery between sexes: