Injury surveillance is an essential step to understanding the risks associated with sports participation and is widely accepted as the first step towards injury prevention [1, 2]. Rugby Union is a field-based collision team sport with a previously reported average rate of 83 injuries per 1000 hours (1000 hours equates to 50 matches: [3]). This study recorded all match injuries that resulted in a player missing a day of training or match play over a 16-season period between 2002/03 and 2018/19 in English Professional Rugby Union. 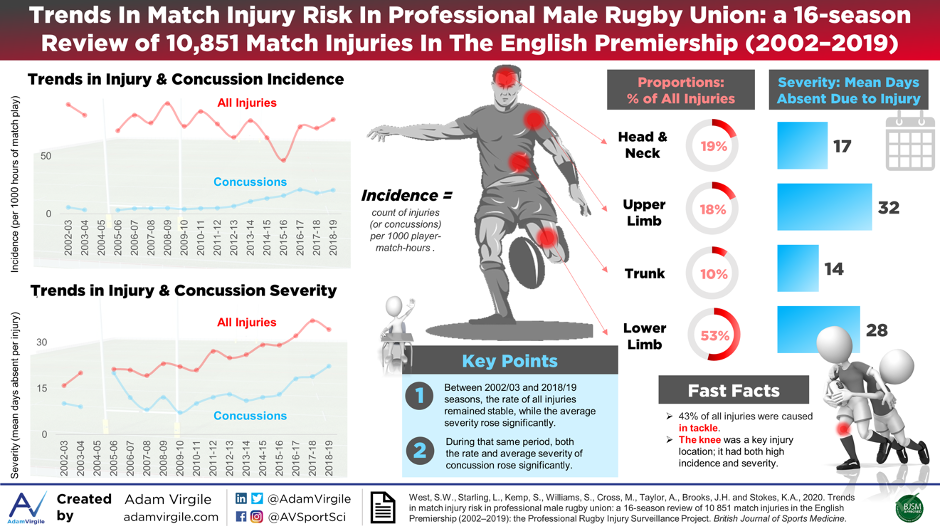 Over the 16 seasons, nearly 11,000 injuries occurred in just under 125,000 hours of player exposure with 54% of players sustaining at least one injury each season. Over this period, the incidence of injury (number of injuries per 1000 hours) remained stable at 87 per 1000 hours, which is comparable to Williams et al (2013). The ~11,000 injuries led to players missing 268,343 days of training and/or matches, with each injury lasting an average of 25 days. The rate of injury remained stable,  but the average severity of injuries rose from 16 days in 2002/03 to 37 days in 2017/18 (dropping to 34 in 2018/19). As the mean severity can be skewed by injuries with a high severity, we also investigated the median, which also rose significantly from 5 days to 14 days.

Where is most commonly injured?

The head/face was the site where the most injuries occurred (12.9% of all injuries) with the knee being the second most common (12.6%). Given that the average severity of knee injuries (45 days) is far higher than that of the head/face (16 days), the overall burden (product of severity and incidence) of these injuries is the greatest. The third and fourth most common injuries were the shoulder (10.5%) and ankle (10.2%), respectively. The injury site with the highest average severity was the forearm, which were associated with an average of 76 days lost. However, forearm injuries accounted for less than 1% (65 in total) of the injuries over the 16 years. 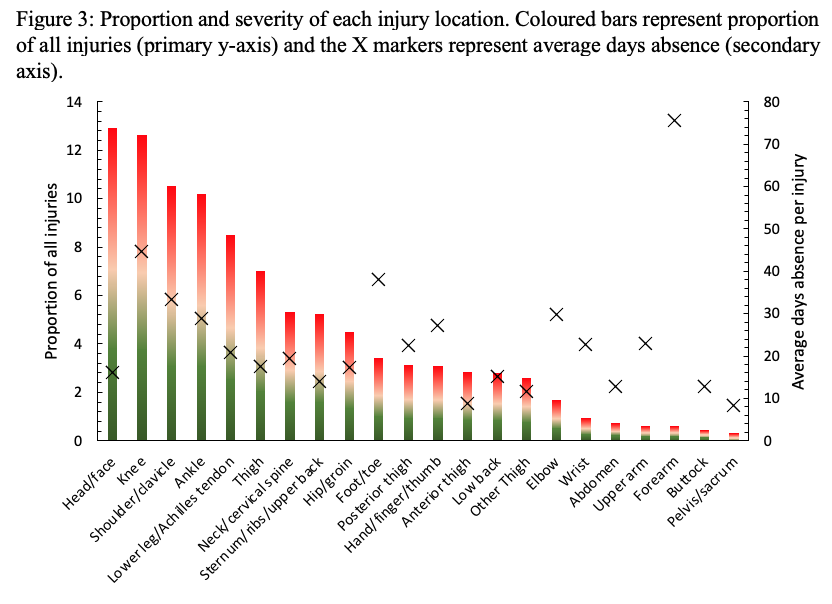 How do these injuries occur?

The tackle was responsible for 43% of all injuries that occurred during match play. When sub divided further, we can see that the person carrying the ball (ball carrier) accounts for 25% of all injuries, while the person making the tackle (the tackler) accounted for 18%. Given the high speed and dynamic nature of the tackle, it is unsurprising that this is the most common mechanism of injury. The third most common mechanism of injury was running, which accounted for 12% of injuries. 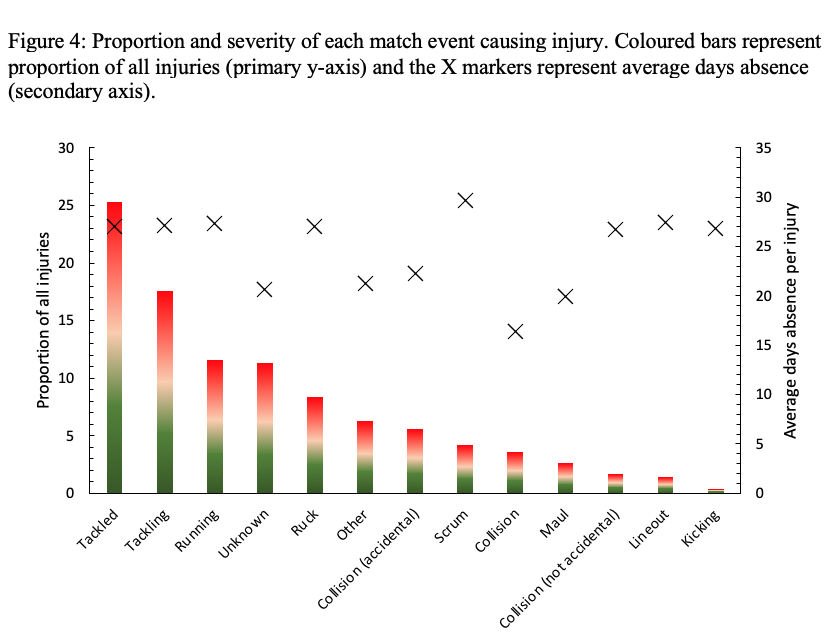