Medical Reversals and the “Slow” Brain

One of the best ‘medical’ books of recent years is Ending Medical Reversal by Prasad and Cifu1; it is close to essential reading for all doctors, medical students and even health professionals. It is referenced in an important editorial just published in the BJSM 2. In addition, Ending Medical Reversal could be read in conjunction with a series of other non-medical books that can give the context as to why expert beliefs in medicine can be so flawed. The most important book in the genre is Thinking, Fast and Slow 3 but perhaps a more enjoyable read to illustrate the concept and the story of the geniuses behind it is The Undoing Project 4, by the author of Moneyball 5 and The Blind Side 6. Finally on this topic, Blink 7 should rate a brief mention – if only to illustrate that experts make most of their judgements within seconds, noting the important context as to how this sometimes leads to major flaws.

Prasad and Cifu 1 illustrate best when writing about Medical Reversals that have reached full conclusion – such as the removal from the market of Vioxx the dangerous anti-inflammatory [which was removed because it was the worst of a bad bunch, but which ignores the over-prescription and use of the multitude of other anti-inflammatories that increase cardiovascular mortality by an average of 30%8]. They also make some great suggestions about medical education and practice to reduce the likelihood of future medical reversals. In the musculoskeletal world (orthopaedics, rheumatology, sport & exercise medicine, physiotherapy etc) we are living in an enormous disconnect between evidence and practice for, sadly, the majority of musculoskeletal management. The knowledge of the disconnect has made very little difference to date to practice: musculoskeletal outcomes in most countries of the world are getting worse every year (think exponentially increasing knee replacements), because more medical management is actually harmful than helpful and health systems are not set up to stop harmful treatment from occurring. It would be nicer perhaps to work in a different medical field where there are more medical “wins” on the board. But even though Oncology, say, has many wins, Prasad (who is an Oncologist) is still very critical of his own specialty and much of the treatment within it. 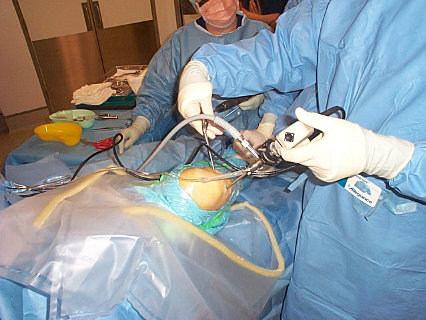 The example of knee arthroscopy

Prasad and Cifu – not being from musculoskeletal disciplines – wrote about knee arthroscopy in 2015 as a “reversal” without the full awareness that, yes, the evidence by 2015 had completely reversed9, but sadly the procedure is still in very common usage in most Western countries. The musculoskeletal specialists who aren’t orthopaedic surgeons now have a strong understanding of the evidence that knee arthroscopy does more harm than good2. But health systems still fund knee arthroscopy because they rely on the expert opinion of orthopaedic surgeons, many of whom are yet to accept this evidence. But at least the medical literature is full of expert calls to cease knee arthroscopy10 even if health funding systems primarily haven’t yet accepted the evidence. I can proudly claim to have perhaps been one of the first to question the funding of knee arthroscopy in the peer-reviewed literature in 200211, immediately after the initial RCT showing no benefit over placebo12. The recent editorial of Ardern et al.2 perfectly illustrates the mechanisms that have led to a reduction in knee arthroscopy in countries with primarily socialised medicine. In a “fee-for-service” market like my own medical system in Australia, ongoing funding of knee arthroscopy means that surgeons who continue to practice in a “non-evidence-based” fashion earn higher salaries than those who follow evidence-based practice. In health systems like Australia and the USA, if funding of ineffective procedures is not addressed, it eventually may be another mechanism of capitalist systems, namely class-action lawsuits, that could finally put an end to harmful knee arthroscopies. It is not simply knee arthroscopy though; for knee osteoarthritis in general health systems fund too much of what it harmful and not enough of what helps 13. A follow-up Blog will examine cortisone injections for knee osteoarthritis as an equal part of the problem.