Yes I know, another piece on concussion in sport, original right? Well, unless you’ve lived under a rock you’ll know concussion in contact sport has been a hot topic for the past decade; and although an inevitable reality of competition the management of concussion needs to improve. In the AFL this year we have seen multiple high profile concussion events with some in the media beginning to ask questions; questions that are justified considering the serious implications concussion can have.

Now before I go on, I want to make one clear. I believe the AFL is a fantastic organisation and that the medical staff do an amazing job at keeping athletes as safe as they realistically can. This piece is not to criticise, but ask questions based on my experience as a community level Australian Football club physio. The AFL was recently part of the Berlin International Consensus Meeting on Concussion in Sport [1] and since then has released an updated version of their concussion policy that includes everything trainers, coaches, parents, and players need to know. Why then, arewe are we still seeing concussion poorly managed and understood at a community level of the game?

Examples of concussion in the AFL

In July of 2018 we saw a Port Adelaide player knocked out and concussed following a sling tackle into the turf. In the week following this he made what was deemed a full recovery and played the next game. AFL players have robust return to play criteria and brilliant medical staff so I have no doubt he was safe to play. The problem I have is that this sets an example to the players in the community who don’t have an appreciation of the complexities of concussion. Even in the AFL there are cases where players health and wellbeing has been seriously affected by concussion, forcing one to retire and placing another’s future in doubt. The recently retired player, openly admits to lying about his symptoms so that he would be able to play the next game. This is something I have seen rampant at a community level as the players don’t want to “let the boys down.”

My experience and reflections

Within the club I have been involved with, it has been increasingly difficult to manage players with a suspected concussion. Players are reluctant to report symptoms in case they are seen as “soft.” And despite clear guidelines, enforcement becomes an issue because concussion doesn’t seem to be getting the respect it deserves. One concussed player I worked with this season was told he would not be allowed to play the next week due to club policy, regardless of how well he was feeling. He used the example of the Port Adelaide player to plead his case and try return within a week without truly understanding the severity of concussion. Examples like this is why change needs to come from the top. Clearly I need to do better and be the driver at the club with regards to education and the improved management of concussion. However, this is exceedingly difficult when the dissemination of concussion guidelines to the community level could be better and players are witnessing AFL level players return in a week.

What can the AFL do?

Like mentioned earlier, the AFL has been part of the Berlin Concussion Consensus and has released a joint position statement on the steps they are taking at all levels of the game [2]. But I’m not convinced these are making it to a community level. Maybe the AFL needs to enforce and promote differing standards for the community level and AFL level of the game. AFL level players have quicker access to medical professionals trained in the management of concussion whereas community level players almost certainly won’t. As drastic as enforcement seems, maybe this is a step we need to take to save community level players from themselves? If I can borrow from my homeland of New Zealand, perhaps we need to adopt a similar return to play approach as they have for rugby?

What I want to see

If I can be allowed to dream for a minute; I want to see players, coaches, trainers, and umpires giving concussion the respect it deserves. I want to see players being able to play the game they love for as long as possible without consequences that affect their health, family, and employment. And I want to see more consistent restrictions on community level players with a suspected concussion.

But what would I know?

As is glaring obvious from the amount of times I have used the word ‘maybe’ in this piece, I do not pretend to know all the answers. But I believe that the message of the seriousness of concussion and its consequences aren’t getting through to the community level players. Until it does, or until our understanding of concussion improves, maybe we need to have stricter rules in place across the board to keep the players health and wellbeing a priority and keep them playing the game as long as possible. 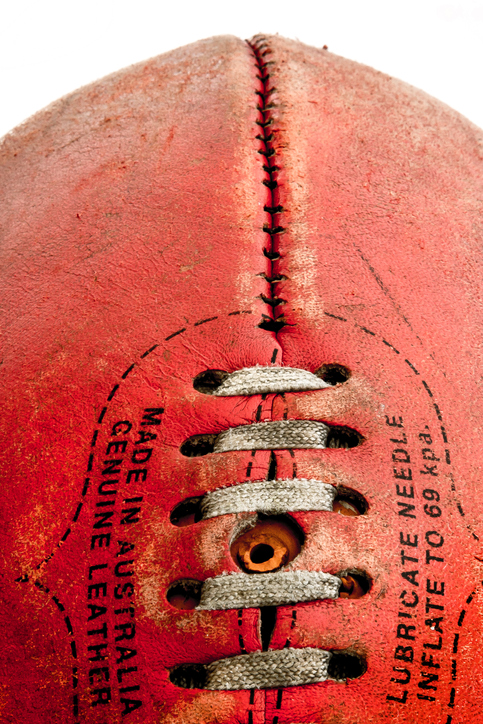 Mark Alcock @mark_alcock92 is a post graduate sports physiotherapy student at the University of Otago, New Zealand. He is a director and physiotherapist at Gippsland Physiotherapy Group in rural Victoria, Australia. He has an interest in AFL and has been a physiotherapist for a local Australian Football team but is a soccer and tennis player himself. Email: mark.alcock@gpg.com.au