Anterior Cruciate Ligament (ACL) injury, particularly in youths, has been the focus of recent media attention and parental concern in Australia 1 2. This is not surprising given that ACL injury causes significant discomfort and disability, and may also result in reduced levels of physical activity and contribute to obesity 3. ACL injuries also may cause long-term health problems such as an increased risk of arthritis 4. Greater demands being placed on youth athletes through increased training, younger sports specialisation and emphasis on year-round competitive play has led to an increase in the diagnosis of sports-specific knee injuries5.

ACL tears in children and adolescents were previously thought to be rare but as imaging and clinical awareness of injuries in youth athletes has improved, the number of ACL injuries diagnosed in these age groups, has increased. Whilst in part this may be due to improved methods of diagnosis and treatment, research from the USA suggests that there are more ACL injuries 6 7.

This study used routinely collected data to look at the number of hospital-admitted ACL-related injuries in 5-14 year olds between 2005-2015 in Victoria, Australia 8. Data included patient age, sex, type of injury, activity at the time of injury and first listed procedure code.

To halt these trends, population-wide ACL prevention policies are required. Investigation into the design and implementation of cost-effective exercise training prevention programmes that involve neuromuscular training in schools and junior sports teams is necessary.  Government health agencies, sports medicine authorities, and sporting bodies need to recognise ACL injury in children and adolescents as a priority issue, for both health and sustained participation in sport. 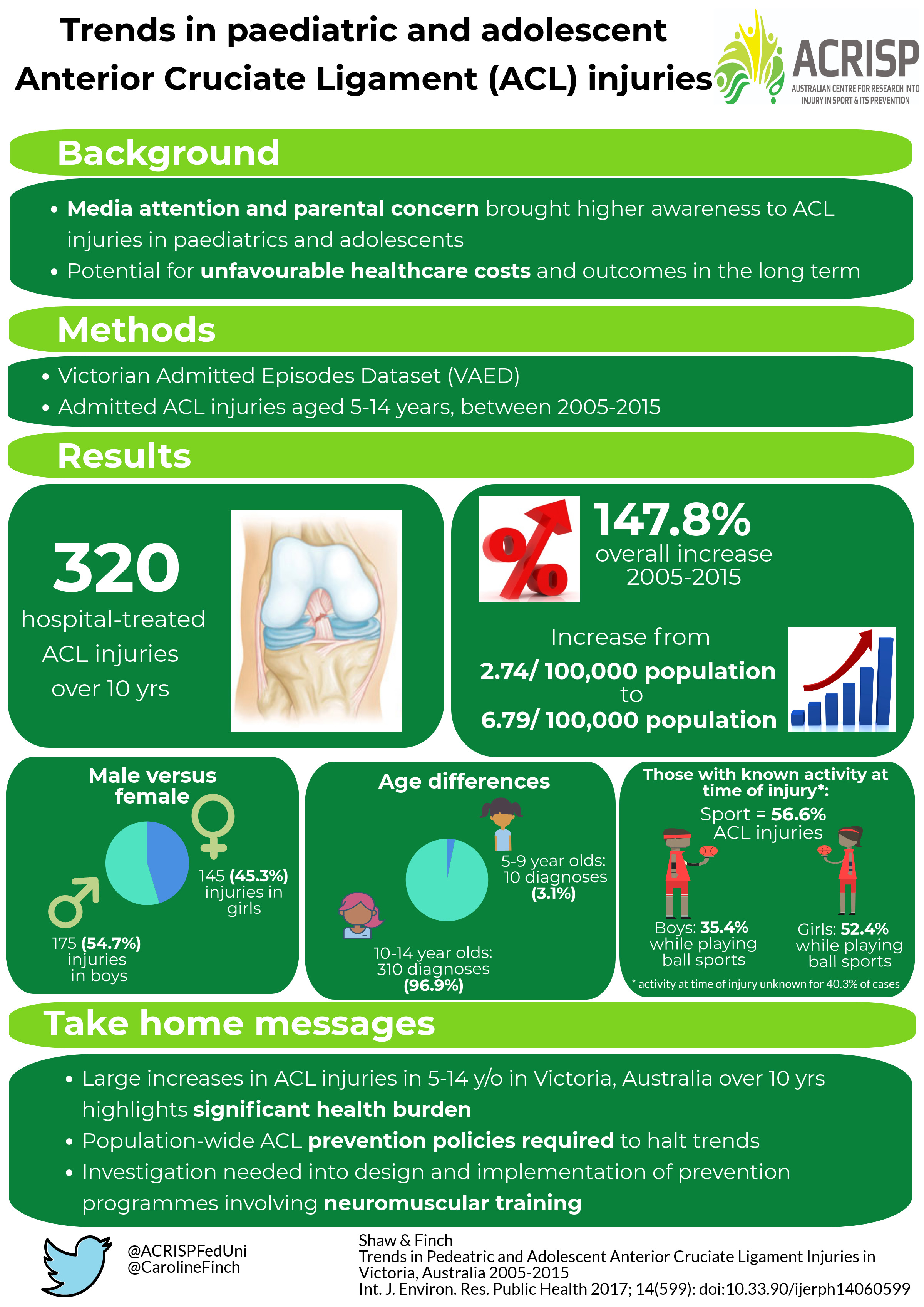