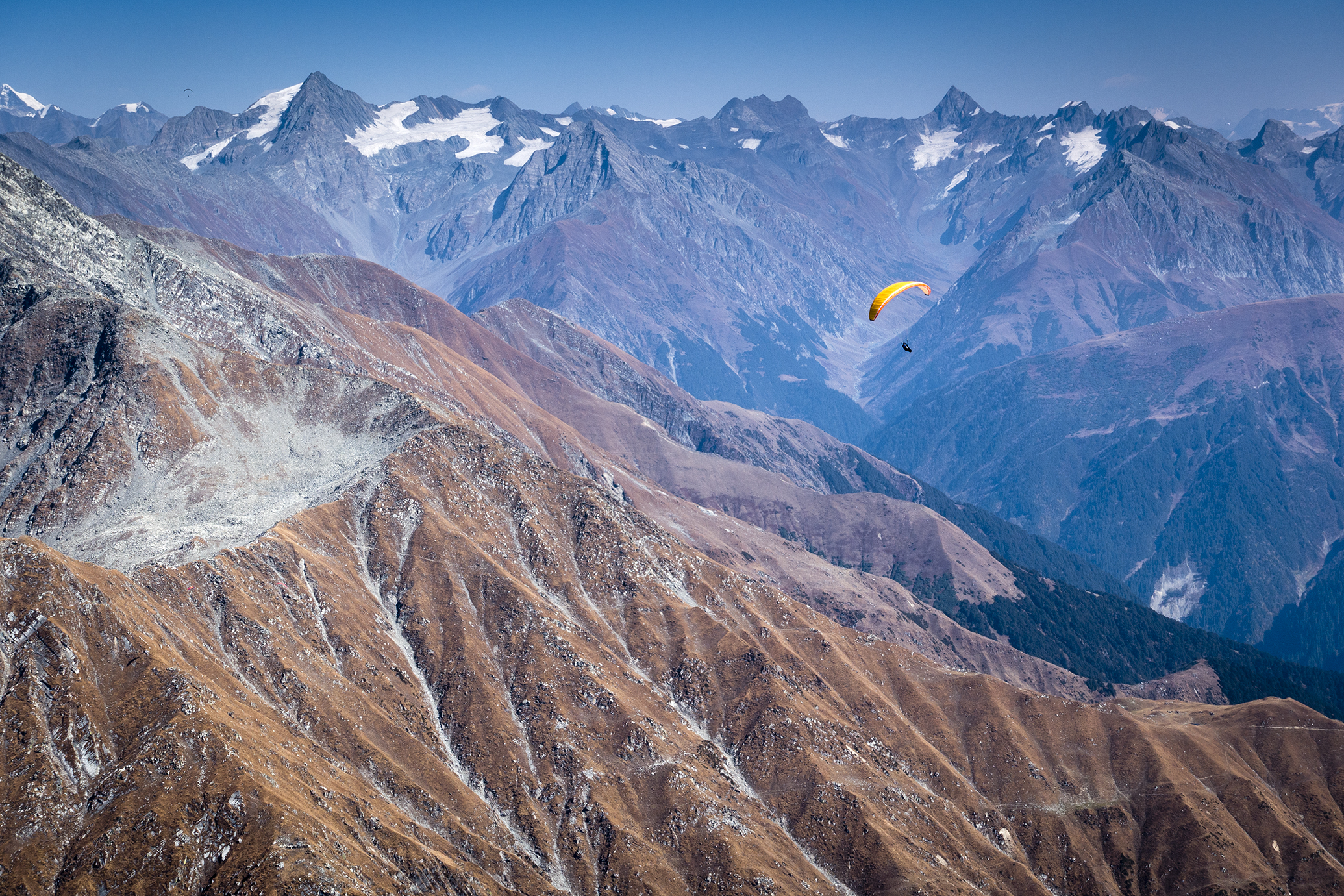 Paragliding has emerged as one of the most popular unpowered, ‘free flight’ disciplines. Rapid advances in wing and harness design have meant that even recreational pilots regularly fly over 100 km at a time, with the world record distance standing at 568 km in a single flight (1). In the summer of 2016, French pilot Antoine Girard flew to 8,150m above Broad Peak, Pakistan without supplementary oxygen. Competitions are flourishing in cross-country and acrobatic flying and paragliding was recently proposed by the Fédération Aéronautique Internationale (FAI) as the first air sport for the 2020 Tokyo Olympic Games (2).

A paraglider consists of an inflatable, ram-air canopy (‘wing’), with a harness suspended by thin synthetic lines underneath. Unlike a parachute, the wing is shaped into an aerofoil, allowing the paraglider to climb in warm, rising air and fly across country. Finding these areas of rising air, invisible amongst the landscape, exploiting them efficiently and avoiding dangerous turbulence are the core skills of free flight. All the equipment packs down to a manageably-sized 5-10 kg backpack, allowing pilots to fly, hike and camp over long distances, such as the 1,138km of the Red Bull X-Alps race from Salzburg to Monaco.

To date, most paragliding research has focussed on morbidity and mortality from accidents. These accidents have typically been due to errors of judgement or piloting rather than equipment failure. In 2016, the French flying league logged over 14,000 flights (3). Of these (and all unlogged flights) 15 ended in death and 144 in serious injury, most commonly long bone and lumbar spine compression fractures (4,5). Manufacturers have responded with improved back protection and inflatable airbags. However, the demand for lighter and more aerodynamic equipment has made prioritising weight over safety a commercial imperative. 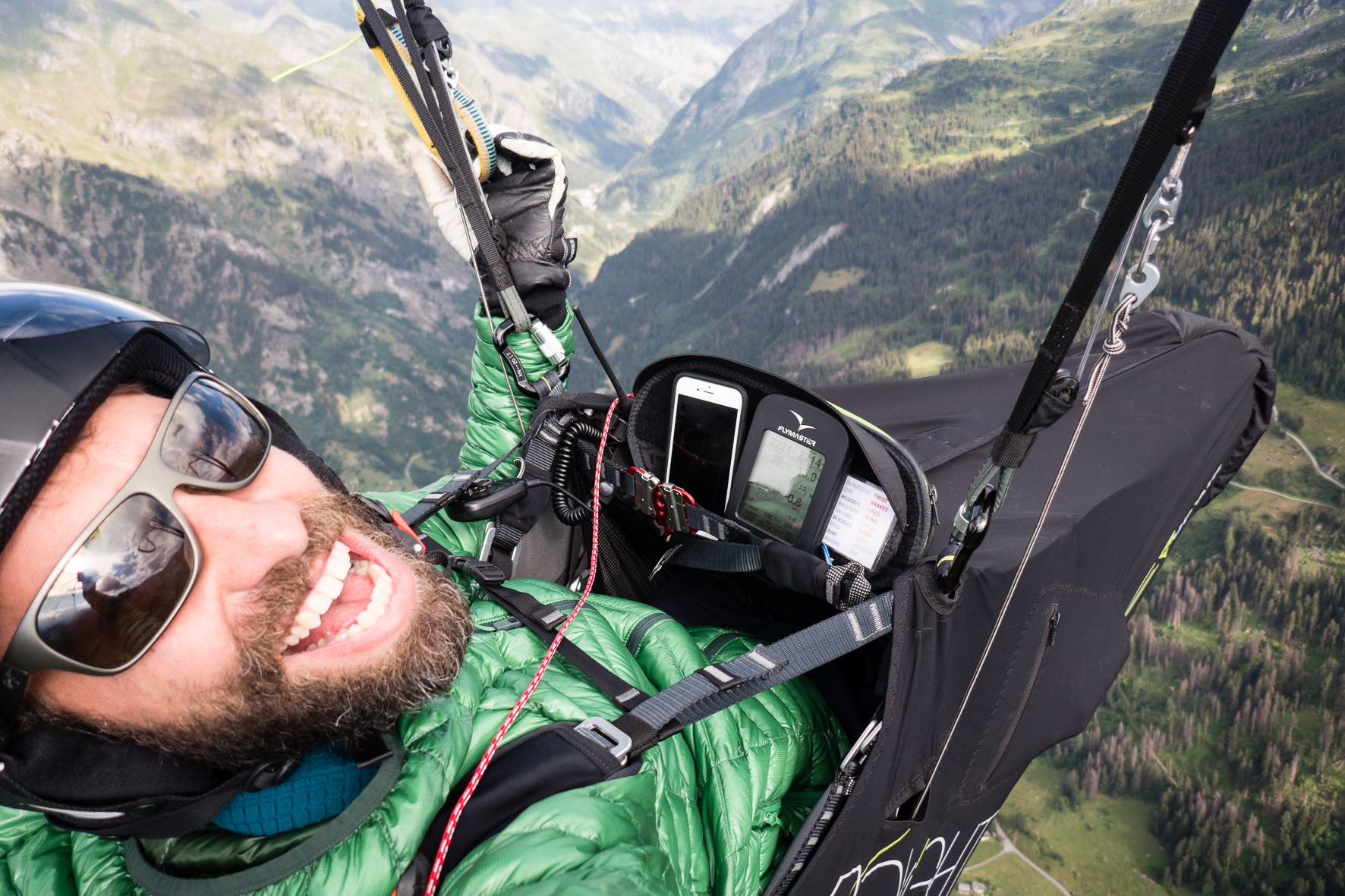 Understanding paraglider pilots’ physiology in flight may be an additional route to preventing accidents and improving performance (6). Flying is challenging. Pilots are exposed to hypobaric hypoxia, cold, wind, G forces, decompression sickness and physical danger, while guiding their craft through an ever-shifting, invisible air mass, often with other paragliders in very close proximity. In-flight metabolic testing during cross-country paragliding demonstrated that the overall physical demands of flying are low (approximately 1.7 METS) (7), implying that the exhaustion common after a long flight is more akin to a long drive, rather than running a marathon. However, sympathetic activation on take-off is high and may be a source of error (7,8) and flying at extremes of altitude, or in very cold or hot conditions might increase this requirement considerably (9).

Paragliding is a fertile field for medics: it is a burgeoning discipline with a multitude of physiological and cognitive challenges, an enthusiastic community of pilots, huge potential for research insights (10) and a broad scope for improvements in safety and performance.

Dr Matt Wilkes has worked as an anaesthetist in the UK, New Zealand and Nepal; a researcher in New York and the Bolivian Andes and a Flight Physician in East Africa with the AMREF Flying Doctors. Matt completed his MSc in Mountain Medicine in 2016 with merit, which focused on the pathophysiology of cerebral altitude illness. He is also hugely passionate about flying paragliders!