The 2017 World Athletics Championships were held in London between the 4th and 13th August. I was fortunate to be selected as part of the medical services providing medical care to athletes, workforce, and IAAF representatives. Below are a few thoughts I had from working at my first major championships! 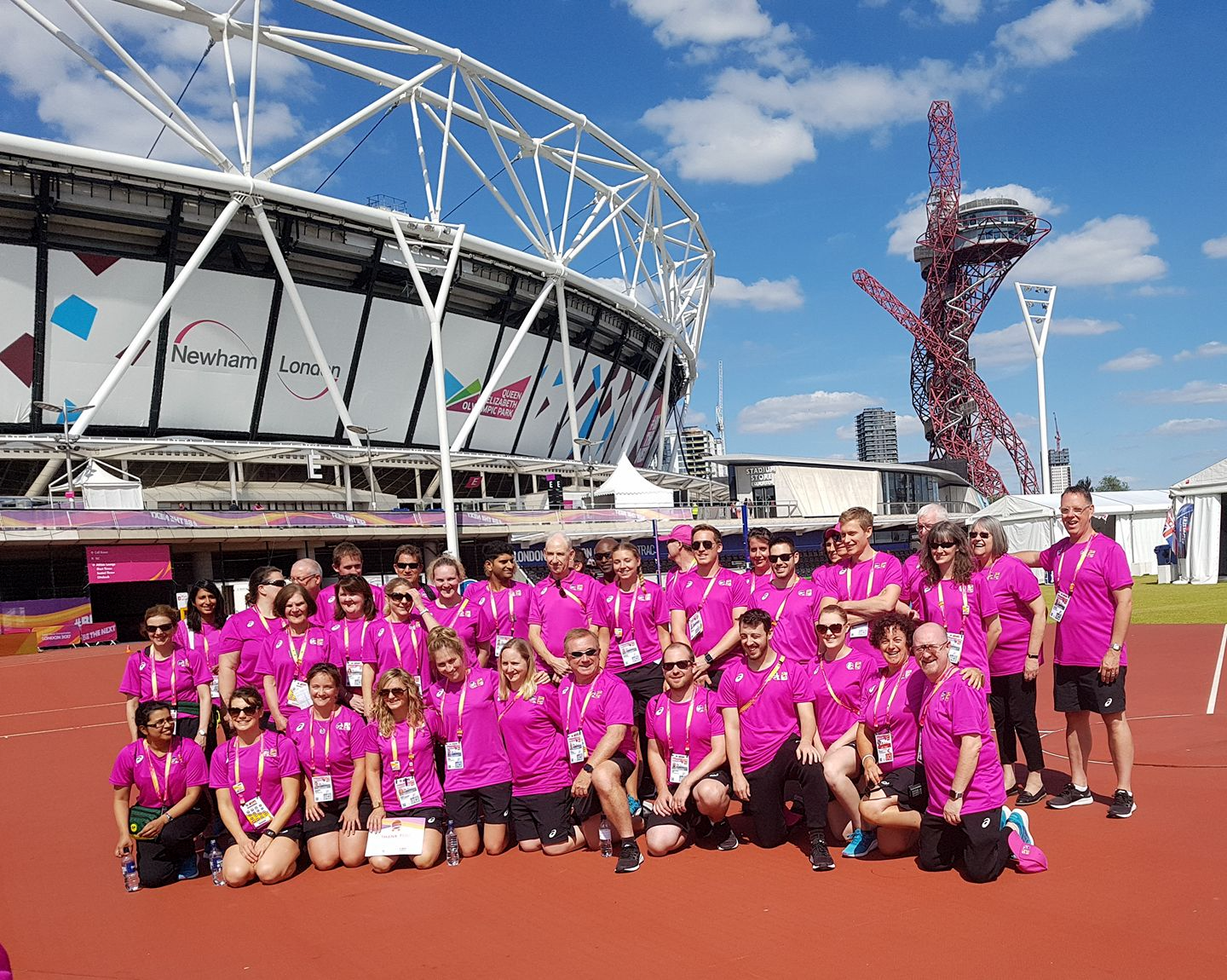 It can be often be quiet…which is a great opportunity for CPD!

Working at a major sporting event, with the majority of athletes having their own medical teams, and typical British weather, meant that it was often quiet early in the day. This presented a great opportunity to practice practical skills. For me, a personal highlight was learning from the physios and improving my taping and massaging techniques: skills not routinely taught at medical school. The ultrasound clinic which ran every evening gave me insight on the value of this asset to give an accurate diagnosis–knowing your anatomy here is the key!

The team based at the side of the warm up track consisted of sports medicine doctors, physios, osteopaths, chiropractors, nurses and pharmacists. Such a range of fields with differing skills, allowed for fantastic inter-disciplinary learning.

Early on in the championships, numerous athletes and workforce from the same hotel presented with nausea and vomiting over a short period. This was later confirmed as norovirus. You may recall, the decision to exclude Isaac Makwala from entering the competition venue proved contentious amongst the media.1

The need to minimize the spread of the virus and protect the thousands of workforce, athletes and spectators was an extremely important priority.  Decisions around isolating individuals were made in conjunction with literature and PHE guidelines. 2 Whilst there has not been a reported outbreak of norovirus at major sporting championships in the past, literature suggests that elite athletes are at greater risk of illness than non- competitive athletes due to intensity of competition, stress, change in climatic conditions and nutritional changes.3

The atmosphere across the entire championships was amazing

Despite the early starts and late finishes, the spirit created both within the medical team and across the other 4,000 volunteers was special. Seeing the dedication and passion of so many athletes, I felt privileged to be selected and has spurred me on to work at future events. My thanks go to Pam Venning, Liz Nicholls and Lynn Booth for their fantastic organization and creating such a positive atmosphere.

Tej Pandya is a medical student at the University of Manchester and currently President of the Manchester Sports and Exercise Medicine Society (@semsocuk). All enquiries can be directed to tej1pandya@hotmail.com

Manroy Sahni (@manroysahni) is an Academic Foundation Year 1 Doctor in the West Midlands with a passion for SEM. He also co-coordinates the BJSM Undergraduate Perspective blog series. Please send your blog feedback and ideas to: manroysahni@gmail.com.