The first part of this series reviewed the scientific evidence to prescribe exercise in order to prevent and treat cancers [read it HERE]. This second part “gives”  the floor to a family, whose daughter was diagnosed with acute lymphoblastic leukaemia at the age of two. She was then treated until the age of four and got a relapse at six. At that time, she integrated the program PASTEC (French acronym for Promotion of Therapeutic Sports Activity for Children with Cancer). 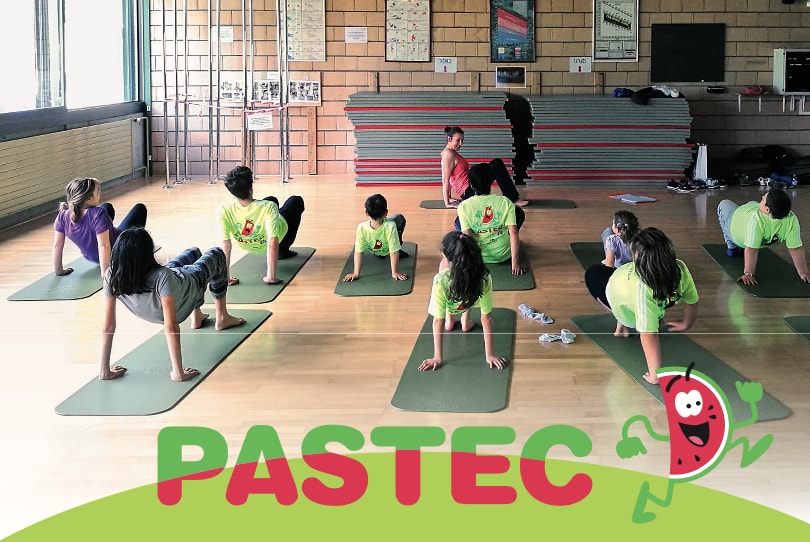 PASTEC is an out-of-hospital exercise training program initiated in Lausanne (Switzerland) for children suffering from cancer. It was born out of a joint effort between the paediatric-haematology-oncology unit of the CHUV (French acronym for Lausanne University Hospital) and the Health and Sport Centre (which is attached to both the University of Lausanne and the Swiss Federal Institute of Technology of Lausanne).

Can you explain how you discovered PASTEC and what it involves?

Parents: “When our daughter got her relapse, doctors suggested to enrol her in the program. We were told that the first studies just got published, showing that showing that physical activity improves chemotherapy induced neurological deficits as well as concentration.

She has been taking part in PASTEC for 2 years. In the first year, it took place every Saturday and they did alternatively fine motor skills and endurance/strength training. Now, it is fortnightly, and the main emphasis is on discovering new activities.”

What was your reaction?

Daugther: “First, I did not agree at all. I didn’t want it, I wasn’t motivated.”

Parents: “She was tired and scared of not being able to make it through, not being able to keep up the pace and achieve the proposed exercises. Because of her leukaemia, she had to stop the dancing lessons she just started. She couldn’t catch up the sports program at school either, because she had to spend most of the time in the hospital. We then noticed that her physical capacity was fluctuating all the time according to the therapy schedule. For that reason, it wouldn’t have been impossible for her to do sport in a usual non-adapted sporting club.

However, as sportsmen, we had the conviction that sport could help her feel better especially if the program was well adapted. From a general point of view, although we got a lot of support since her diagnosis of leukaemia, we had the feeling that physical activity was lacking in the proposed care process.” 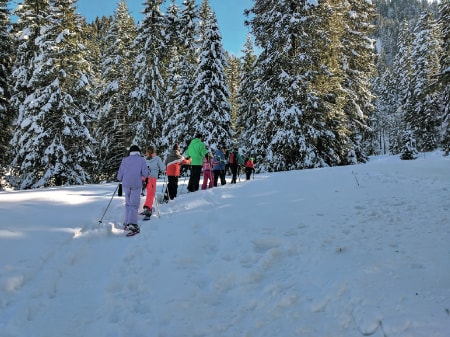 What are the differences between PASTEC and scholar sports teaching?

Daughter: “At school there is no sports teacher, but a school teacher who gives us sports lessons. I can’t do everything like other children, but I can do a lot.”

Parents: “Her muscle and endurance are very different from the ones of other kids. For her it is an opportunity to be in a group where she isn’t judged on her physical abilities.  In PASTEC, there is a lot of tolerance because all children are sick. They support and encourage each other far more than at school.

Moreover, it allows her to say “I have my own sport and I am able to realise the given exercises”. It totally changed the way she perceived her physical difficulties. Instead of saying “I can’t do this”, she tries it and most of the time she succeeds. This made physical activities much more accessible for her.”

Lastly, they take part in popular sporting events, which helps integrating them into the society. For example, all children did the 2km running race as part of the 20km of Lausanne. We would have never dared trying this alone with her.  Doing it with PASTEC allowed them to do it proudly, without fear and with a common goal. It was a real challenge and at the end, they all received a prize. She was very happy that she did it!

What did PASTEC change for you?

Parents: “Chemotherapy brought her really down. With PASTEC, in one year, we noticed that she gained muscle, that everything related to gesture or coordination, and self-confidence had clearly improved. We realized that she was able to ride a bike again, simply because she regained her confidence. It is the whole program that kept her away from falling lower, and that allowed her to keep the course and to improve.

Furthermore, as parents it is also a relaxing moment when we go to the centre. We can exchange with other parents facing similar challenges without having to justify what is going on with her. This is a very nice feeling.”

If you are told that the latest scientific findings show that regular physical activity has an impact on cancer treatment AND prognostic, would you believe it based on your experience?

Parents: “Yes, we definitely would. We saw that exercise had a huge positive impact on our daughter.”

Do you have any tips for our readers wanting to implement such program in their home country?

Parents: “We believe that exercise should be part of cancer therapy and such be proposed to all children suffering from cancer. To enable this, such programs need more recognition and financial support. For example, PASTEC is supported mainly by “Zoé for life” (an association for children with cancer) through donation.

Secondly, we were disappointed that the fine motor skills exercises disappeared the second year. Neuropathy is one of the most important impact of chemotherapy and it is essential to integrate those motor skills.

Lastly, it would be great to delocalise such program in smaller centres in order to make it available to families who are living further away.”

Lastly, how does the future look like for you?

Parents: “She should be in remission in August and hopefully for good. We wish she could then integrate a sporting club. In fact, we really see PASTEC as a springboard to her integration into the society.”

Anne Cornevin is a 4th year medical student at the University of Geneva (Switzerland) and also a member of Students and Junior Doctors SSGSM/SSMS. As a sport lover and previous artistic gymnast, she aspires to contribute to the promotion of Sports & Exercise Medicine as a medical speciality.

Justin Carrard is a second year internal medicine resident based in Biel/Bienne (Switzerland). He coordinates the BJSM Swiss Junior Doctors and Undergraduate Perspective Blog Series and leads the Students & Junior Doctors SGSM/SSMS movement. Justin aims to raise SEM awareness among medical students and modern solutions it provides to big public health issues like non-communicable diseases. As an ex-competitive swimmer, he has a keen interest for endurance sports and regularly practices them with passion.