During the late 90’s and early 2000’s in the USA, the cost of treating ankle sprains was estimated to be $US2 billion dollars per year (1). Here in Australia (specifically the state of Victoria), the cost of all sporting injuries and lower limb sporting injuries rose 24% and 26% respectively between 2004 and 2010, equating to an accumulated economic burden of $265million and $110million (2). 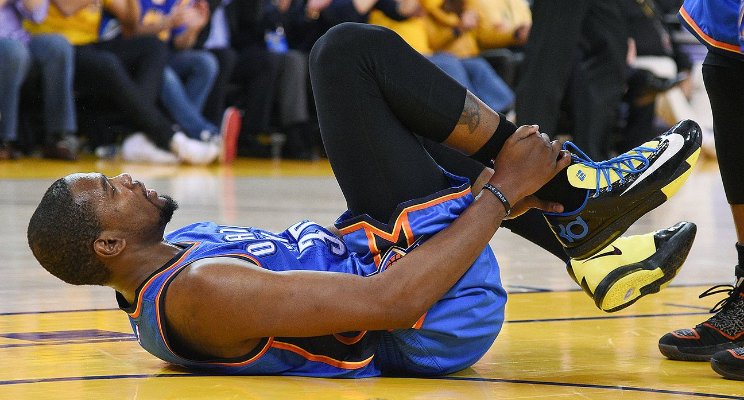 Such concerning trends in injury incidence and associated financial cost, has led research efforts into trying to identify potential injury risk factors that leads to future injury. Unfortunately not one musculoskeletal screening test to date has been able to predict injury 100% of the time and screening has become polarising amongst some researchers and physiotherapists.

Personally, I perform pre-season screening on all of the athletes in the club I work for, However, I completely understand why some people do not see the value in it, especially if 1) the screening process is done just for the sake of “screening”, 2) it is very lengthy in time and 3) involves expensive equipment. My feeling on the topic however is, 1) if a screening test can be performed in a quick and low cost manner, 2) it has been shown in the literature to identify those people at risk of future injury, and 3) an intervention to reduce the risk can be implemented, then there is no harm done.

Now, I am not smart enough to weigh into the “should we screen/shouldn’t we screen” debate, however what I am going to do is shed some light on some recent research regarding 2 common pre-season screening tools that some practitioners use in attempting to identify those at risk of future lower limb injury, in particular lateral ankle sprains: The Star Excursion Balance Test (SEBT) and the the Y-Balance Test (YBT).

If you are unfamiliar with the SEBT or the YBT, they are tests whereby the subject is asked to stand and balance on 1 leg whilst reaching with the other leg as far as possible in many different planes – With the most common planes looked at in studies being the Anterior reach (ANT), Posterior-Medial reach (PM) and Posterior-Lateral reach (PL). When the tests are complete, the performance score is calculated using the following simple equations (reference: www.scienceforsport.com):

From my review of literature, I found 7 studies that showed that the SEBT or the YBT was useful in identifying subjects across many different sports that were likely to sustain either a future lateral ankle sprain or other lower limb injury.

1) 606 American Football athletes (high school and college) were screened in the pre-season, which included the SEBT. Those that went on to sustain a future lateral ankle sprain were nearly 3x more likely to perform poorly on the SEBT-ANT (67% or less leg length). Furthermore, those that had a higher BMI (>27) AND who had poor performance on SEBT-ANT were 1.7x more likely to sustain a future lateral ankle sprain (4).

2) 59 American Football athletes (college) were screened in the pre-season using the YBT. Those that went on to sustain a lower limb injury during the season, were 3.5x more likely to do so if their composite YBT score (normalised score) was <89% of their leg length (5).

3) 125 healthy recreational college athletes performed a series of screening tests, which included the YBT. The study found that there was a 48% increased risk of sustaining a future lateral ankle sprain with those who scored <80% leg length in the PL direction (6).

4) 184 college athletes were assessed on the YBT prior to their sporting season. It was found that players with an ANT asymmetry greater than or equal to 4 cm had a 2.2x greater odds of sustaining a lower limb injury compared to those that less than 4cm asymmetry on the ANT reach (10).

5) 235 high school basketball players were assessed on the SEBT prior to the start of the season. It was found that all players who had a greater than 4cm difference between limbs on the SEBT-ANT had a 2.7x greater risk of lower limb injury than those with a reach distance of 4cm or less. Furthermore for females, a composite reach score (normalised score) of less than 94% of their limb length, had a 6.5x increased risk of lower limb injury (7).

6) 94 amateur female netball players were screened in the pre-season, which included the YBT. It was found that a score of 77% leg length or less in the PM direction was associated with a 4x greater risk of sustaining a future lateral ankle sprain (8).

7) 74 male soccer players were screened in the preseason on the YBT. It was found that those with a greater than 4cm reach difference between limbs in the PM direction had a 3.86x greater risk of sustaining a non-contact soft tissue injury, Furthermore those that had a total YBT composite score (normalised score) <99% of leg length, were 2.25x more likely to sustain a future lower limb injury (9).

In summary, the SEBT and the YBT appear to be valuable pre-season screening tools to try and predict those at risk of lateral ankle sprains and lower limb injury. However, they aren’t perfect, and to assume that all your athletes will be 100% safe from all lateral ankle sprains in the future is setting yourself and your athlete up for disappointment. Furthermore the application and the generalisation of the SEBT/YBT should be carefully considered for each sport and sex, as there is a huge variance in SEBT/YBT performance and injury risk between sports and sexes.

In closing up my blog today, my take home message is this:

If you choose to screen your athletes, regardless of what screening process you undertake, identifying a player at risk of injury is only half the battle. Implementing an intervention to evoke a desired change to reduce the risk of injury (ie. improving ankle ROM, lower limb strength and neuromuscular control) is what really counts!!