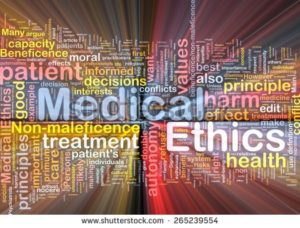 Since the introduction of the World Anti-doping Agency (WADA) in November 1999, antidoping efforts have become much more organized and professional. However, illegal doping practices have also become more embedded and complex…

Contemporary elite sports are characterized by a prohibition of doping with strict rules and elaborate procedures. Nevertheless, the prevalence of doping and illicit drug use in elite sports (members of national teams) estimated on behalf of a randomised response interrogation technique (RRT), accounted for 6.8%. Whereas official doping examination procedures reveal 0.81% of positive test in all elite athletes (1). This mismatch cannot be neglected. How do we address these grievances? Within the course of this blog we will work out three key elements that comprise the challenges of an early-career sports physician’s daily work. Finally, we recommend the implementation of principles in future efforts towards a stringent antidoping policy, one where medical doctors take over a predominant role in its prevention.

Challenge 1: The Universe of Elite Sports has its own laws

If an adequate protection of athletes is the goal, as WADA states, it is important to acknowledge and critically evaluate the specific context of professional sports rather than simply insisting on ever-stricter doping controls. Whereas sports as a leisure activity emphasizes intrinsic satisfaction (in the sense of an “autotelic play” (2), social interaction) and health promotion, the purpose of professional sports in modern society could be reduced to entertainment and willingness to take risks as an essential feature of every protagonist. Consequently, the borderline of “wrong and right” becomes blurry, especially for athletes themselves. This might be what former Irish cyclist Paul Kimmage had in mind when he stated: “And yet one thing is becoming clear to me: as soon as you started playing, as soon as you accepted the taking of medication, the line between what was legal and what was illegal, between taking care of yourself and doping grew very, very thin” (3).

Intense competitions such as the Tour de France require weeks of top performance that promote doping activities. During the Tour – a race of approximately 3600 kilometres within 23 days – cyclists sometimes get infusions for nutrition and hydration (4), as the human body is physiologically unable to restore its stock until the subsequent stage. When critics ask – in the light of doping scandals – why the race is not being adjusted to a more humane level? The reply is usually that spectators would lose interest. Break-downs, accidents, and doping scandals have become part of the Tour de France as a show event. Under such circumstances, it seems somewhat cynical to insist on a prohibition of doping by appealing to concern for athletes’ well-being (5).

As physicians we are obliged to protect, preserve and promote the health and physical integrity of our athletes! Especially within the parallel universe of elite sports where pharmaceutical agents are ubiquitous in order to reach or maintain the expected top-level performance and serve the commercial interests at stake.

Protecting athletes from professional sports’ negative long term health consequences cannot be limited to restricting access to certain substances. As sports physicians, we have to keep in mind that elite athletes do represent a vulnerable and manipulable cohort (6). In 1994 Goldman interviewed several professional athletes in order to find out how far they are willing to go for a guaranteed success in their sport. More than 50% of them were willing to take a substance in order to win the gold medal although the substance would cause death within 5 years (7). Not surprisingly, these results could not be reproduced within a cohort of leisure athletes (8). As doctors, we have to be aware of this psychological feature in order to identify and prevent drug abuse in athletes.

As physicians, we are not immune to the temptations of the spotlight. Thus, criminal medical experts have facilitated subtle artificial performance enhancement within a controlled anti-doping framework. In the past, various medical experts have instrumentalized and suggested athletes as human test organisms for performance enhancing substances or even genetic enhancement. In 1958 John Bosley Ziegler (team physician of US-weightlifters) was heavily involved in the development of an androgenic anabolic steroid called Methandrostenolon (Dianabol), which has been distributed by Ciba Pharmaceuticals and abused by several athletes. During 1960-1970, the department of Sports Medicine at Albert-Ludwigs University in Freiburg (Germany) performed systematic research in artificial performance enhancement. In 2003, Victor Conte, founder of Bay-Laboratory-Co-Operative (BALCO), was pleading guilty to distribute steroids to professional American sprinters (9). Grigori Rodschenkow, 2006-2015 head of the WADA antidoping laboratory in Moscow, has been a key player in Russia’s national doping program described in the McLaren-Report 2016 (10). Concerning this, philosopher Torbjörn Tännsjö argues: “In elite sport we can test out the results of such enhancements and see, not where the limits are of the (given) human nature, but how far we can push them. And we can thank the athletes for taking the inconvenience to test them out before us”(11). It sounds like a fantastic service rendered to humanity, but it also means simply exploiting the vulnerability of those keen to become or remain professional athletes. Regarding this, basic knowledge in medical ethics must be an essential component within the education of the next generation of (sports) physicians.

In order to create a credible and sustainable anti-doping practice that protects, preserves, and promotes athletes’ health, future sports physicians need to assume the role of ‘independent counsellor’ of athletes’ physical integrity. It also requires attention to the explicit and implicit norms which govern the elite sporting world, and make its protagonists as susceptible to dependence. Politics and spectators must provide the policy and cultural infrastructure to implement such efforts.

Acknowledgements: Thanks to Professors Nikola Biller-Andorno (Director Institute for Biomedical Ethics, University of Zuerich, Switzerland) and Perikles Simon (Chief of Department of Sports Medicine, University of Mainz, Germany) who critically reviewed parts of this text.

Roman Gaehwiler, MD, is a PhD student in the field of artificial performance enhancement in sports at Institute of Biomedical Ethics at the University of Zurich. Currently, he works as a clinical physician in a hospital in Zurich (Switzerland) and is part of the medical team of Women’s Swiss National Ice-Hockey team.

If you would like to contribute to the “Swiss Junior Doctors and Undergraduate Perspective on Sport and Exercice Medicine” Blog Series please email justin.carrard@gmail.com for further information.