Whilst banning wearing headphones whilst cycling may seem obvious for safety reasons, this behaviour restriction could be unfounded. In the United Kingdom it is currently not illegal to wear headphones whilst cycling on public roads or cycle paths. One would think that listening to music may distract you from your surroundings. It may also prevent you from hearing other vehicles approach and thus jeopardise your own safety. 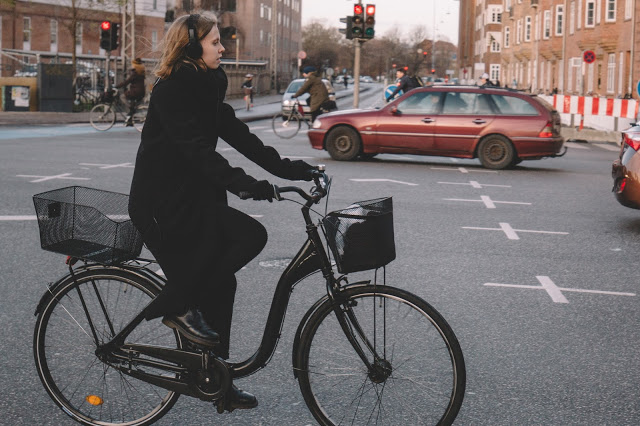 When cycling, there is a dynamic environment and a dependency on balance, speed, vision and hearing. All are required with many other factors such as wind and ice to ride safely.

Despite the common perspective that a greater ability to hear external sounds is safer and therefore better cycling practice, credible scientific evidence about cycling and wearing headphones is very limited. One Dutch paper by de Waard [2] from 2011 studied a small series of 25 subjects who wore headphones. An auditory beep was used to alert of a hazard whilst listening to music. When the headphones were worn on both ears only 68% of cyclists heard the audible stop. When just one headphone was used all audible stops were heard. The researchers also found negative effects of high volume and fast tempo on auditory perception. The problem with this study is that no consideration was given to any visual warnings. Generally cyclists will use both visual and auditory information to stay safe. Stop signals are not auditory. There are red lights, white lines, and so on. All visual. Unfortunately there is really little evidence about how cycling with headphones affects concentration.

A BBC poll conducted in 2014 resulted in almost 90 per cent questioned being in favour of a blanket ban of cycling and wearing headphones. Many respondents perceived that cyclists would be more unaware and unresponsive to dangers, and therefore more likely to be involved in incidents. One study showed that listening to your favourite artists can increase your endurance by up to 15 per cent while lowering your perception of effort [3]. Competitive cyclists often use radio earphones often just in one ear to communicate with team cars to set speed and their own power output.

Cycling and headphones causes much emotion and controversial debate, especially in the media. [4]. Victim blaming can be very upsetting in some accident situations. The facts of cycling accidents have to be absolutely established. Before anyone can come to any strong conclusions, we need further research to build up the evidence base on the use of headphones while cycling.