Each week students in Professor Ian Shrier’s (@McGillU) Massive Open Online Course (MOOC) ask questions. We call on our ‘world expert panel’ for the answers, and profile select responses on the BJSM blog.

This week’s question: What are the possible causes for first time gross hematuria in a female runner who experiences some abdominal pain during running?

The scenario presented occurs rarely, and most sports physicians would only see a few cases in their career. Haematuria is frightening for the athlete, so most present promptly for advice. 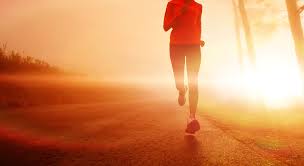 The history, duration, frequency and type of exercise is important. Lots of downhill running provokes cell break down in the quadriceps due to eccentric loading, and this may result in myoglobinuria. Old shoes with poor cushioning have less shock absorption and can lead to foot strike haemolysis.
Anit-inflammatory medications can reduce renal blood flow, and studies on hyponatremia have found increased creatinine in the serum. However, we know these medications are commonly used by distance runners with relatively few suffering severe complications.

On physical examination, the athlete’s general condition is usually well unless there is a rare case of rhabdomyolysis. In collision sports, flank tenderness may be present. In the vast majority of cases, the diagnosis is Runners’ Haematuria, which was initially termed “10,000 metres haematuria” by the urologist Blacklock back in the 1970s. It is caused by abrasions of the bladder wall against the trigone, analogous to caecal slap in the gut. The only routine investigation necessary is a simple urinalysis to look for RBC and casts, plus protein.

Although the vast majority of cases are Runner’s haematuria, physicians still need to ensure the less common possibilities from the differential diagnosis are ruled out based on history, physical and investigations:

If the history and physical condition suggest any of the more serious differential diagnoses, further investigations are warranted. The only condition that needs urgent work up is rhabdomyolysis, which presents very differently from Runners Haematuria and needs hospital admission because an associated hyperkalemia can be life threatening, and an associated acute compartment syndrome can be limb threatening. If rhabdomyolysis is suspected, then the investigations should include a CBC, CRP, creatinine, electrolytes, plus ECG (to look for peaked T waves as a sign of hyperkalaemia). Thomas and Ibels summarised the recommendations for management of rhabdomyolysis in the 1980s and it has not been improved upon. They advocate:

Management of Haematuria in a Runner

For a first episode where history and physical examination do not suggest any of the differential diagnoses, the physician should manage the patient as a case of runners’ haematuria ie bladder wall abrasions. Apart from the basic investigations mentioned above, the athlete should rest from exercise until the haematuria clears, and then resume exercise. Some authorities advise the athlete to exercise with the bladder partly full, with the idea that this will reduce the contact between the trigone and the opposing bladder wall. Practically, this can be difficult to achieve! Athletes should also be advised to minimise NSAID use prior to races and long training runs, particularly in the heat. When there are recurrent episodes of exercise related haematuria, the patient should be referred to a renal physician or urologist. The referral route will be determined by the clinical picture  and local or regional availability of services. Cystoscopy may be required to identify the source of bleeding

In summary, Runners’ Haematuria is uncommon, but sports physicians need to know how to deal with it. In most cases, the cause is relatively benign, but be aware of the occasional serious cause, and refer those people for prompt further management.

Dr Chris Milne is a Sports and Exercise Physician based in Hamilton New Zealand. He has particular interest in exercise related renal and GI issues. He has been Team Physician to several NZ Olympic Teams, and is Chair of the Medical Commission for Oceania National Olympic Committees.