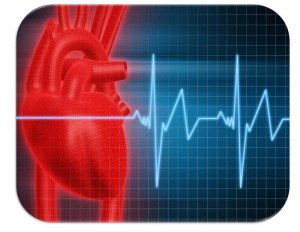 Professional athletes are among the most fit on the planet and a group you would not likely associate with sudden cardiac death (SCD). However, each year many professional and amateur athletes alike die from SCD. An athlete dying of SCD in front of the world’s media can have a devastating effect on both their families. Within the last few months the deaths of footballers: David Oniya [1], Gregory Mertens [2], Tim Nicot [3] and Cristian Gomez [4] have all been in the headlines.

SCD is essentially any non-traumatic and unexplained sudden death occurring from a cardiac arrest within 6 hours of participating in sport. [5] SCD occurs at a rate of between 0.9 and 1.21 cases per 100,000-athlete person-years. [6] Several different diseases such as hypertrophic cardiomyopathy (HoCM), congenital coronary anomalies and arrhythmogenic right ventricular dysplasia can cause SCD. [10]

HoCM is the most common cause of SCD in athletes, causing around 50% of cases. [11] It can be picked up by screening and exists in ~0.07% screened athletes. HoCM is fatal for athletes as a result of ventricular fibrillation. The main problem with HoCM is that the fatal episode is usually the first manifestation of the disease; so affected individuals are oblivious to the fact that they are at high risk of dropping dead. [12] HoCM can be easily diagnosed with a combination of ECG and echocardiography (however the gold standard investigation is Cardiac MRI). [13] [14] The ‘Seattle criteria’ is a recently published consensus that outlines a method of interpreting athletic ECGs and has led to improved outcomes of cardiac screening. [20]

Many governing bodies, such as the IOC, UEFA and the ICU alongside the European Society of Cardiology all recommend pre-competition ECG screening of athletes. But the situation becomes a little more confusing when organisations such as the British Heart Foundation and the American Society for Cardiology currently recommending against the ECG screening of athletes. Interestingly there is a difference in opinion between Europe and America, with the American sporting bodies having now almost fully adopted universal athlete ECG screening whereas sporting bodies in Europe have been slightly slower to launch ECG screening programs for their athletes. These differences in opinion beg the question should athletes be routinely screened for conditions that put them at risk of SCD?

The case for screening

In 1982 Italy was the first country in the world to make pre-competition cardiac screening for athletes part of the law. Their screening program involved a consultation and an ECG. In Italy prior to 1982 the rate of SCD sat at around 3.6 cases per 100,000 athlete person-years and after screening had been introduced the rate dropped down to 0.4 cases per 100,000 athlete person-years. A staggering 90% decrease in SCD in Italian athletes.

As the vast majority of athletes who die of SCD have no symptoms before their death screening is a very useful tool to identify these individuals. In athletes with HoCM there are clear, research derived treatment options that reduce their risk of death. These include lifestyle modification, competition restriction, drug treatment and implantable defibrillators. Diagnosed athletes are able to live long and healthy lives following their diagnosis. Anyone reading this article would happily attach himself or herself to an ECG machine right now – it’s this simplicity and safeness along with being both well validated and able to identify most causes of SCD that makes ECG such a very good tool for screening athletes.

The case against screening

One of the biggest problems with athlete screening at the moment revolves around the specificity of ECG when it’s used to look for HoCM. Several studies have found that when using ECG to screen for HoCM it gives 1 in 10 of screened athletes a false positive result (the number of athletes with HoCM should be around 1 in 1500). [15] This poses a big problem: as to get 1 true diagnosis you have to put 150 athletes through the psychological pressure of being told they may have a potentially fatal condition. On top of this any athlete identified will have to undergo potentially harmful further investigations, countless more consultations and would have to stop training or participating in sport – potentially hampering their careers.

Another major criticism of athlete ECG screening is that it potentially fails to be cost effective (one of the WHO’s major criteria for successful screening programs). [16] This is because of the very low numbers of athletes who have HoCM and the very large numbers of athletes who need to be screened. One study in America concluded that to prevent one case of SCD it would cost around £6.4 million [17] and when compared to the UK’s NHS Breast screening program that costs £68,500 per life saved it really begins to look very cost ineffective. [18]. One team estimated that within the USA a universal 20-year athlete ECG screening program could save over 4,800 lives but at a cost of £32 billion, which is an absolutely staggering amount of money.

I believe after reviewing the literature that ECG screening should not be used by its self as a screening tool for identifying athletes at risk of SCD. It’s not specific enough to be used as a universal screening program due to the very high number of false positives it produces, this along with the exorbitant cost of screening makes it unsuitable. Excitingly a very recently published paper in the BJSM [Bessem et al, BJSM, Aug 2015] shows that when ECG is used as part as the Seattle ECG screening criteria that there is a huge reduction in the number of false positive results. [19] [20] This is very promising news as ECG screening used with the Seattle Criteria may prove more viable both economically and ethically and is definitely an area to watch in the future.

Daniel Taylor-Sweet is fifth year medical student at Glasgow University. He is keen on all things Sports & Exercise Medicine related and is interested in pursuing a career within the field.