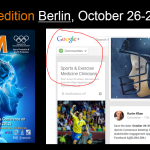 On Sunday August 30, in the Norwegian Football Premier League local derby, the goalkeeper for Mjøndalen IF fell to the ground unconscious after being hit in the face by a ball shot from a short distance. TV images, both live and in slow motion from all angles, captured the incident graphically. All TV viewers could see that the goalie had lost consciousness for a few seconds as he lay on the pitch convulsing.

Immediately the incident occurred, the team doctor raced from the bench but he could not have seen the incident properly from his sideline spot. He grabbed his emergency kit bag and ran onto the pitch with the team physiotherapist to assess the player. This took 10-15 seconds.

By then the player was still lying flat, but conscious and somewhat dizzy. The goalie stood up, responded adequately to Maddocks’ standard questions about the state of the game, had normal balance testing and so two minutes after the impact the doctor allowed the player to continue.

The doctor returned to the bench, of course concerned whether his decision was correct or not, but a decision had been taken and match continued. About 15 minutes later, the goalkeeper was substituted. During that time he had reacted uncharacteristically poorly to playing situations and one of those reactions resulted allowed a goal. Back at the team bench the goalie told the doctor that he could not remember anything of his last fifteen minutes of play.

Whose responsibility is to view TV footage?

Is the team doctor to blame for an insufficient medical assessment under stressful condition? Or, would TV footage of the head impact, shown to the doctor in the technical area immediately after coming off the pitch, have helped him make a more appropriate medical decision.

In response to many concussions not having been treated according to widely accepted international concussion guidelines (See BJSM Consensus statement on concussion in sport: the 4th International Conference on Concussion in Sport held in Zurich, November 2012) during the FIFA World Cup in Brazil in summer 2014, the UEFA medical Committee implemented a new procedure last year to deal with suspected concussion. The new procedure was appended to the Laws of the Game and Guidelines for Referees. In the event of a suspected concussion, the referee may stop the game for up to three minutes to let the team doctor assess the injured player. Only the team doctor (ie, NOT the manager) can communicate his or her decision to the referee and allow the player to continue playing if that is appropriate.

This new procedure certainly helps team doctors in top-level football making better medical decisions to the benefit of player’s health. However, giving the team doctors the opportunity to study TV recordings of suspected concussion incident in the technical area under less stressful conditions after the initial assessment will help the team doctor to reconsider the medical decision and may prevent the doctor from appearing foolish because of a lack of information — information that is freely available to all those watching at home.