In response to: MS Rathleff and K Thorborg (2015) ‘Load me up, Scotty’: mechanotherapy for plantar fasciopathy (formerly known as plantar fasciitis) 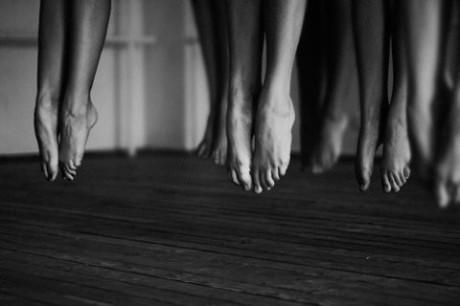 Although it’s good to see researchers putting forward hypotheses for improving rehabilitation protocols, I believe there needs to be a balance of promoting their own work published in another journal  (Scandinavian Journal of Medicine & Science in Sports) with incomplete presentation of the data in a BJSM editorial.

The original paper was titled High-load strength training improves outcome in patients with plantar fasciitis: A randomized controlled trial with 12-month follow-up. Keep in mind the key point in the editorial was a significant difference between groups after THREE months of loading intervention – mechanotherapy.(Open Access Paper with 66,000 views here)

The authors found no differences between groups at 1, 6, and 12 months. There was no mention of this failure to find a difference at those time points in the editorial. At 12 months, the Foot Function Index score was actually worse in the stretch group. So if all our patients were just interested in how they functioned after 3 months of treatment the study findings are exciting. But there could be numerous reasons for this transient difference at 3 months including chance. There may have been no difference at 4 months and it was a transient blip in the data. Perhaps an explanation of reported improvements at 3 months but not at 1,6 & 12 should have been hypothesised in relation to the high-load’ model.

Too often we are told of the next great step in treatment based on limited science and then have to readjust it and confuse our patients yet again. If we are going to tell people “to boldly go where no one has gone before” we need to be clear, and honest, as to why. The authors need to temper their enthusiasm for their theory and accept the limitations of the study. There were only 24 subjects per group. We need to consider this before we all jump on the bandwagon that this is the next new panacea.

We all acknowledge that some form of loading is important during rehabilitation of injured structures but the evidence of this type of loading over other forms is still conjectural based on the current evidence. Maybe we need Dr ‘Bones’ McCoy’s medical tricorder device to assess it?