Global experts in #LCHF nutrition are gathering in Cape Town, February 19th – 22nd, for the 2015 Old Mutual Health Convention. Hosted by Professor Tim Noakes, the summit looks at the effects of the #LCHF diet on key health issues including type 2 diabetes, obesity, and cardiovascular disease, as well as the role in athletic performance.

Members of the BJSM Editorial team (#TeamBJSM) will cover the convention, with live tweets, blog posts, and a series of podcasts. We also want to hear from you. What are your questions to the LCHF speakers?

Tweet your questions to @BJSMPlus, or email them to liamwestsem@hotmail.co.uk. We will aim to have them answered during the four days at the convention and report back the responses via an in-depth blog analysis.

You can follow the conference via the twitter handle @BJSMPlus or the hastags #LCHF & #Don’tFearTheFat. Expect daily blogs and several podcasts with some of the keynote speakers for you to listen to after the event.

The 2015 Old Mutual Health Convention is being organized by Karen Thompson (@HELPdietSA), and you can visit the official website at www.lowcarbhighfatexperts.com. 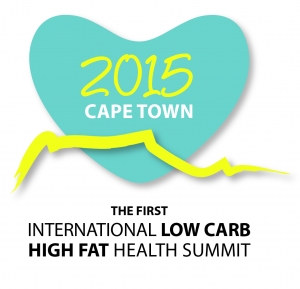