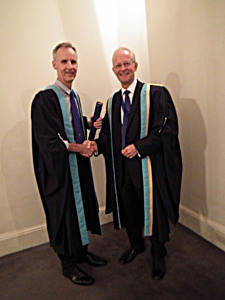 His career spans the globe. Starting in Australia, he moved to Canada and is currently working in Qatar as the Director of Research and Education at Aspetar Orthopaedic and Sports Medicine Hospital. He is in his 7th year as Editor in Chief of the British Journal of Sports Medicine, which has become the leading international academic journal and digital media hub for the speciality.

Professor Khan is authorised as a Sports Medicine Physician by the Canadian Academy of Sports Medicine (CASEM) and the Australasian College of Sports Physicians (ACSP). He is a Fellow of the American College of Sports Medicine and Sports Medicine Australia. He served as Sports Physician to several teams, from a range of disciplines from Ballet to Basketball. His main research areas are in exercise promotion for health (including bone health and falls prevention) and pathogenesis and imaging of tendinopathies. He has published over 250 original research articles in addition to 3 books. He is a co-author of Brukner and Khan’s Clinical Sports Medicine, which has been published in three languages and is in its 4th edition. In 2001, Professor Khan was awarded the Australian Prime Minister’s Medal for service to sports medicine. In 2012, he was profiled in ‘The Lancet” with a biography titled ‘Good Sports’.

The FSEM awards up to two Honorary Fellows per year via its Members and Fellows Committee. The award of Honorary Fellow is made where there is an outstanding contribution to the specialty of Sport and Exercise Medicine throughout an individual’s professional career.

Infographic. Benefits and harms of exercise therapy in people with multimorbidity