I am fortunate to have worked within elite sport since 1994 – the majority of this time within football. Experiences and observations from my longstanding involvement in football influence my personal views on the practice of Sports Medicine both within football, and comparatively to other sports. 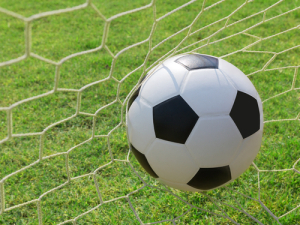 Sports Medicine within football in England remains a specialty in development. It still has an awfully long way to go to be considered a  secure path for the new sport and exercise medicine consultants reaching the end of their training programmes. Jan Ekstrand1 has expressed  how doctors may influence injury rates in elite professional football and hence show their value to a football club. In England at the present time, professional football in general is a long way from realising these ideals.

Premier League Clubs employed full time doctors since the end of the 1990’s. This is still not a general finding and all Clubs in the football league still employ doctors on a part time basis. Only since the 2003-04 season have the Football Association (FA), Premier and Football League regulations stipulated that newly appointed Club doctors in the premier and football leagues possess a diploma in sport and exercise medicine (SEM) or have a “similar qualification” prior to their appointment. Due to the relatively small number of appropriately qualified doctors interested in pursuing even a part time football related sports medicine career, it Clubs in the lower leagues may struggle to appoint a suitably qualified doctor.

It is not unusual for doctors within English football to be appointed by the Club manager and be “recommended” to the Board / Chief Executive (Club) without a full and robust interview process. They hence answer to the manager and not the Club. This is a main reason that within SEM the job of Club Doctor is deemed insecure. If the manager falls out with the doctor for whatever reason the doctor is likely to lose his job. If the manager leaves the Club, the new manager may decide he wants to install his own doctor and medical team. Until this situation changes and the Club assumes responsibility for the appointment, contracts, actions and regular appraisal of the medical team and withstands pressure from a manager to change the doctor (unless they have failed in their medical duty) a secure career path is impossible.

The benefit of research and relationships

The excellent work done by F Marc2 in relation to injury rates at major football events and Jan Ekstrand and his group’s work in the UEFA Champions League Audit3 are but two examples of how information / research may benefit football. Although the FA published an audit of injuries in 20044, there is little other collaborative research from within English football. Perhaps as a consequence of job insecurity there is very little incentive for Club Doctors to embark on long-term research projects or cultivate links with local or regional centers of excellence. The unwillingness of some Clubs to be protectionist with medical information (to limit potential for others’ ‘competitive advantage’) is another barrier for collaborative research.

The FA has established audits of injuries sustained by Clubs in the Premier League and from the 2013-14 season in the Championship. These audits continue and I trust the data from them will be published on a regular basis. It is a matter of regret that only thirteen of twenty-four clubs participated fully in the initial Championship audit. Why? Reasons given include appointment of new medical staff, not enough medical staff to do the work and lack of interest. These are not good reasons but they are understandable and unless addressed, the collection of statistically significant data from within English football will be much more difficult to achieve.

The FA oversees the regulation of football in England, and to my mind, ensures the qualifications of all medical professionals. From a medical perspective, I see no difference between a professional footballer in the premier league and one in football league two. The qualifications needed to care for someone earning their living from football should be the same.

It is my view that the medical committee of the Football Association should oversee:

The committee must ensure appropriate medical governance for English football. The FA publishes their medical criteria in the annual regulations and it is these that should define – in a simple unambiguous way – the absolute minimal requirements for all medical staff working within football. The premier league and football league may stipulate further medical requirements but, the FA rule-book should be the accepted enforceable benchmark. All Clubs at the start of a season need to meet these openly published standards or they should risk having their games postponed until they have complied.

The difference in current acceptable qualifications within professional football is probably best illustrated with reference to pitch side care. In the FA guidelines for season 2013-14 there is no mention of pitch side care qualifications. Since the 2008-09 season the Premier League  requires that both the physiotherapist and doctor attending a first team premier league game must have an AREA (Advanced resuscitation and emergency aid) qualification. This is a fully medically accredited pitch side care course. In the Football League, it is only the doctor that must have this qualification (since the 2014-15 season). Physiotherapists in the championship and below need only the Intermediate First Aid in Sport qualification. The reason given by the FA for this difference in standards relates to the cost of the courses and is deemed”pragmatic”. The AREA course is recognized as a more advanced qualification. With the recommendation to undertake a regular yearly revision course and the necessity to undertake a three yearly full re examination the cost to the individual or Club of the AREA course is not inconsiderable.

With the amount of money available in football it seems a very lame excuse that football can’t afford to educate its medical staff to an agreed standard. One per cent of the money football obtains for television rights would probably pay for pitch side care courses for all medical staff caring for professional players. The FA and the professional footballers association should insist that all professional players are treated by medical staff qualified to the same standard. Suppose a Patrice Muamba incident happened during training in a player of a league two team where the physiotherapist did not have the higher qualification and the outcome was not as good? Could the FA defend the different qualification requirements for the medical staff?

Especially in the Premier League, Club doctors are under increasing scrutiny from the media and public. It is important that they know that their appropriate medical decisions  will be supported by the Club and will not be interfered with by the manager. Confident in their value to their Club, with a secure job, provided they perform to satisfactory standards, can only help cope with this not insignificant pressure.

There are examples of excellent practice within football. The Premier League Doctors Group strives to increase standards of medical care within the premier league and the recently established Football Medical Association is also working to improve standards and support across all medical personnel working in football. However, football medicine in England will not become an attractive career prospect for sport and exercise physicians, until we collectively address these basic problems.