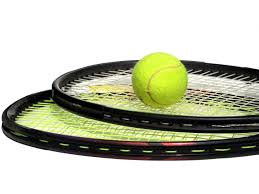 At the start of the indoor tennis season, many fitness trainers and coaches use a set of ‘fitness tests’ to evaluate their junior player. What they really want to know is whether they have a new Federer amongst their pupils (talent identification), what strengths and weaknesses the player has (injury prevention), and their basic fitness level (periodisation).

Which tests do I recommend? There is no simple answer. Test choice depends on availability of facilities, time, finances, and the ultimate purpose of testing.

Do you want to know if your player has a good basic fitness level? Do you want to see how fast and strong they are in comparison to other players? Or is your primary goal just injury prevention?

This video gives an impression of a testing day of the junior players at the Dutch Tennis Federation (KNLTB):

In a BJSM open-access overview article, Jaime Fernandez-Fernandez and colleagues describe all the existing physical tests for tennis and discuss their advantages and disadvantages. They also include a summary table of recommended tests. The full article and table are available HERE.

Tennis involves short bursts of intense effort (rallies last 2-10 seconds), followed by breaks of 10-25 s (between rallies) and longer breaks of 60-90s during the change of ends. A typical 3 set match lasts about 1.5 hours, but this varies depending on playing style, level of competition and court surface. A player must cover a mean distance of 3 meters to reach the ball, runs 8-15 m with 3 to 4 directional changes per point, hits the ball 4 to 5 times per rally and covers 2.5-3.5 km per hour of play. During singles matches, the mean heart rate is 70-80% of maximum with peaks of 100% and the mean oxygen uptake 50-60% of VO2 max, peaking at 80%.

Thus, for optimal tennis performance and a rapid recovery, a player needs speed, strength, agility, power and, a good level of basic fitness. Below I discuss the commonly used field tests for a high level, tennis performance program. These are generally cheaper than those used for indoor or laboratory-based testing and are more suitable for large groups of players. If you are interested in laboratory based testing, please refer to the original article.

Most tennis federations choose the shuttle run, the Yo-Yo Intermittent Recovery Test or the 30-15 Intermittent Fitness Test. Unfortunately, relatively little normative data is available for young tennis players and the tests are not quite equivalent to the loads in tennis.

Several researchers have tried to develop tests, which mimic the game itself by using the dimensions of a tennis court, and involve tennis strokes in addition to running ability. Weber has developed a test using a ball serving machine in which the ball is hit alternately to the left and right corner of the court and the player must run faster and faster to hit the ball back. However, the quality of the stroke is rapidly lost, you can test only one player at the time, it is not very realistic in tennis terms – and you need a ball machine to perform the test!

There are two other field tests that involve simulated tennis strokes – the Girard test (2006) and the hit-and-run test but I would opt for one of the simple tests (Shuttle run or Yo-Yo IR test). These have the additional advantage that if you measure heart rate, you can monitor progress without having to perform a maximal exercise test.

Using gym-based equipment, dynamic strength can be measured with a 1 Repetition Maximum (1RM, the maximum weight that can be lifted with one repeat) but this is associated with a high rate of injury so I would recommend using multiple repetitions at the start of the season (e.g. 3RM, 5RM or 10RM).

In the field, jumping height measures lower extremity power, and throw distance of the medicine ball measures upper body power. These tests are widely used by tennis nations, so there is plenty of normative data available for these tests.

Radar speed gun measures speed of service and ground-strokes and this has a reasonably good correlation with the tennis ranking.

Electronic interval timing equipment measures speed in the field – a stopwatch is simply not accurate enough. The 20m sprint (with split timing at 5m and 10m) has a high reliability and, because most tennis nations use it, has adequate normative data for the various age groups.

Agility is the ability to change speed or direction quickly and research shows that this is clearly different from pure sprint speed. Agility is usually tested using a noise (acoustic) or light signal as seen in the hexagon test, the spider test, and the Illinois agility test .

A general assessment of the musculoskeletal system is normally included in any screening protocol and a physiotherapist often conducts this. The United States Tennis Association (USTA) have developed a dynamic examination protocol specifically for tennis (High Performance Profile), but unfortunately they do not provide normative data (read more HERE ).

7. The Functional Movement Screen (FMS) is probably the most popular tool internationally and is used by physiotherapists to detect weaknesses and asymmetries of the musculoskeletal system with a view to implementing injury prevention strategies.

If you choose one or two simple tests from every domain, you and your player(s) will have more than enough to work with during the upcoming tennis season.

Useful link:
The test protocol guide of the German Tennis Federation can be found HERE

Dr Babette Pluim is a Sports Physician with particular expertise in Tennis Medicine (Chief Medical officer, KNLTB,Netherlands). She is Deputy Editor of BJSM. Follow her on twitter @DocPluim