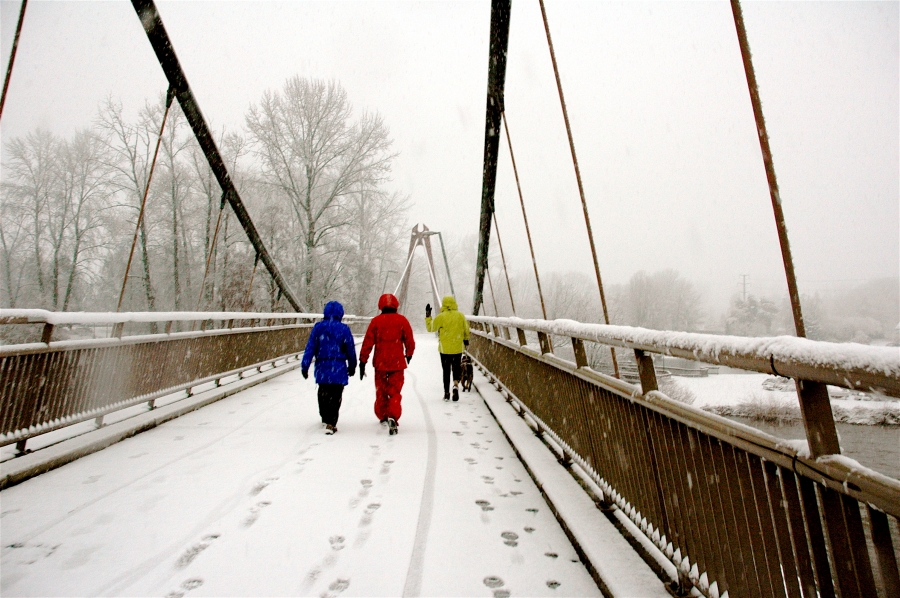 Snow. Hardly surprising. Its part of Canadian life. But, as a sports med doc arriving in Ottawa, what struck me most was the number of people walking, skating and jogging. It may have been minus 25, before wind chill, but that didn’t seem to be a deterrent. There were hundreds of skaters on the Rideau Canal day or night, young and old, relaxing, exercising, and even commuting to work. And, joggers on the bank clad in hats, gloves and balaclavas. Promoting physical activity is a tough call but perhaps weather is not as great a barrier as we think.

Getting people active was the sub plot of a major sports medicine conference in Edinburgh last week . Sir Harry Burns, the visionary chief medical officer for Scotland was a keynote speaker, highlighting how seriously the Scottish public health commitment to physical activity: One of the few countries world-wide with a national physical activity strategy. The health benefits of exercise are undisputed. But, he raised an interesting new perspective- how physical activity might help the diverging life expectancy trajectories between rich and poor. He cited the lifestyle fatalism of some poorer communities- if I die, I die. But, exercise offers some control over health outcomes – enabling people in deprived areas to influence their own well being. How to do it? Rather than the traditional, research to implementation model, he encouraged a quality improvement strategy- measure and re-measure, and starting now. Quoting Don Berwick “some is not a number, soon is not a time”.

“We are the first generation that has to deliberately exercise.” quoted Steve Blair, the doyen of international exercise epidemiologists, from Jerry Morris the physical activity research pioneer (of the seminal bus conductors vs drivers study). And, our lives have become so mechanised, automated, and labour saving, that almost all physical work has been eliminated. One of the most interesting figures, from his own research, showed a mortality advantage of fit overweight men over normal weight unfit men. And, he also cited work showing that being overweight might be good for you (Read more HERE) and statistically debunked the myth of the “obesity epidemic”. He was scathing about the sugar fascists saying the evidence on sugar was not as awful as we are led to believe. Its fitness and activity that really count, His message: ignore any research on obesity and health outcome that doesn’t measure physical activity.

And, just this week, my colleague at CMAJ, Kirsten Patrick, published an editorial entitled Move Now addressing some of the issues raised in research showing that owing household devices, such as televisions, cars, computers, increased the likelihood of obesity and diabetes, mediated in part by effects on physical activity, sitting time and dietary energy intake (Read article HERE). And, highlighting the risk that increasing ownership of household devices may be a greater risk in developing countries. Perhaps our changing world should carry a health warning.