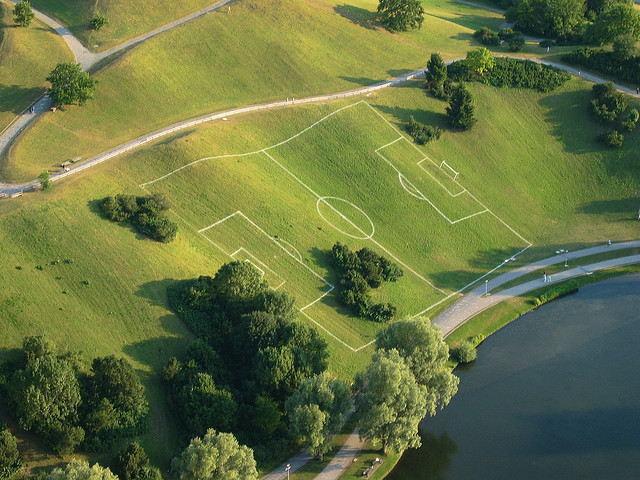 Another month in professional sport and we have another (few) concussion management controversies in multiple sports and multiple countries. Although we respect the fundamentals of the original van Mechelen injury prevention paradigm [1] it is clearer than ever that “real-world implementation” is at least half the battle [2].

This BJSM Blog [3 4] and multiple newspaper columnists on both sides of the Atlantic have tipped a bucket on the Tottenham manager Mr Villas-Boas’ apparent actions in overriding his medical staff and allowing the concussed goalkeeper Hugo Lloris to return to the field in a Premier League match. However as a departure from the Zurich guidelines [5], it was not an isolated incident, simply the most blatant disregard for them in the last few months given that the player was incontrovertibly unconscious and amnesic.

Bearing in mind the lesser degrees of certainty (but high degree of probability) the following additional teams (at least) stand somewhat accused of letting potentially concussed players continue in the game in the time since the Zurich meeting: along with Tottenham, EPL teams Arsenal , Everton, Stoke and probably the majority of the league; the Australian Rugby Union , NSW Waratahs team; the South Sydney & Canberra Raiders NRL teams; the Leeds Super League team; the South African and South Australian cricket teams; and probably the entire NFL.

When one team or doctor isn’t following the 2013 Zurich guidelines you can put it down to intransigence or incompetence. When there is a widespread failure to adhere, then the office-based experts need to look further as to why the coalface implementers aren’t complying.

Let’s try to estimate some of the risks related to the Tottenham / Lloris incident:

(1)   The additional risk that by staying on, Lloris would have suffered a second head injury with a catastrophic outcome – probably in the vicinity of 1 in 500 to 1 in 5000 (i.e. higher than baseline but possibly still a risk that a professional athlete might find acceptable, even when assessing the risks whilst not concussed!).  It is worth noting that our assessment of the likelihood of this risk (i.e. very low but possible) hasn’t changed in recent years.

(2)   The additional risk that by staying on and suffering further incidental contact (on this and other occasions) that the player might suffer a premature neurodegenerative condition such as Alzheimer or motor neuron disease – possibly in the vicinity of 1 in 20 to 1 in 200 although these odds are not well known and the lag time is probably 10-30 years. However this is the additional risk which we now appreciate is much higher than what we thought a decade ago. It is why the 2013 publication of the 4th Zurich Concussion in Sport Guidelines are more conservative than the first.

(3)   Let’s compare the risk that the manager, Andre Villas-Boas, will get sacked at some stage during the 2013-14 season – possibly in the vicinity of 1 in 3 to 1 in 5. Although he may not be doing these actual calculations in his head, let’s assume that he thinks or realises that these odds will increase if his team loses the game against Everton, and that he thinks or realises that the chances of losing the game materially increase if he “wastes” one of his three substitutes on a (relatively unfatigued) goalkeeper instead of using it, like his opponents probably will, on a fatigued midfielder.

(4)   Now let’s compare the risk that a member of the Tottenham medical team will get sacked at the end of the 2013-14 season – possibly in the vicinity of 1 in 5 to 1 in 20 (demonstrably lower than the manager but far higher than a colleague working in the NHS). It’s not being unrealistic to assume that this risk becomes lower if they all “stick solid” with the manager on the decision to return the player to the field and becomes much more likely if a public statement was made to the media along the lines of “the medical team requested that the player be substituted for safety reasons but the manager over-ruled us”.

(5)   Finally, for a player in a specialist position like the goalkeeper, the risk of losing the status and salary of being the team’s first choice in this position is up there with the risk that the manager will get sacked. If he is replaced, even for half a game, it allows his understudy the chance of making a match-winning save that could mean the manager decides to make the substitution a permanent one.

So if we ask why the Zurich guidelines aren’t being followed it is clear that all agents – the players, coaches/managers and even medical staff might be making ‘rational’ choices (see Thaler and Sunstein in ‘Nudge’ about ‘Econs’ how make rational decisions). Clearly the concrete high risks of bad outcomes in the short term (i.e. losing one’s job) are greater than nebulous long-term risks to the player’s future health, even though we are now certain that these long-term risks exist.

A common denominator for many of the team sports is that substitutions are limited and represent an important currency or resource that teams do not want to waste [6]. Managing concussion or suspected concussion according to the Zurich guidelines can cost teams some of this limited commodity (and potentially reduce the chances of the team winning the game).

The most restrictive of sports with respect to substitution is Test cricket, which is played over 5 days, and which only allows substitution for fielding (but not batting or bowling). Many traditionalist cricketers are proud that this sport is the last bastion in which a fatigued player cannot be replaced by a fresh one [7]. It is a separate debate as to whether – in an age of a ridiculously cluttered cricket calendar and high rates of fast bowler injuries [8] – bowlers should be able to be ‘subbed’ out of Test matches to prevent injury.

It is serendipitous that Graeme Smith the South African captain, one of the traditionalists who argued the opposing case to me in a recent debate on this issue, recently suffered a concussion from being hit in the head by a bouncer in a Test match. He was not allowed a substitute at the time of this injury and continued to perform well — he scored a double century which helped South Africa level the series. However he then needed to leave the same Tour early after complaining of post-concussive symptoms. Once the dust settles on this incident, it would be pertinent to ask Smith whether he still believes that it is important that the rules of Test cricket encourage players to continue on with injuries such as concussion? He has a one year old daughter & hopefully will not suffer a neurodegenerative consequence that would stop him enjoying his retirement with his children. But if his daughter decides as an adult to herself play cricket and gets hit on the head by a bouncer, would he encourage her to sit the rest of the game out for her own safety or continue on to help her team win the match? If he now thinks that he would advise her to sit out, how would he respond if she asked why she couldn’t continue to play just as he did in the Test match of 2013 against Pakistan? When and if he contemplates these scenarios, he again should be asked if it is a wise and good thing that Test cricket encourages players to ignore injury, including concussion, and stay on the field, or whether he accepts that there needs to be an elevation of safety concerns in determining the rules of cricket.

If it indeed were the case that his recent concussion has changed his views then it would be tempting to conclude that the cricket ball had actually knocked some sense into him. It is more accurate to conclude that it is not only medical staff but also rule-makers who owe a duty of care to the future health of players. The “culture” of cricket is that a player must be tough enough in a Test match scenario to push through injury. There are occasions when it becomes reckless to do so – concussion is one of them – and authority figures need to temper the player’s natural desire to push through.

At the moment, players, coaching staff and even medical staffers appear to be ignoring the 2013 Zurich guidelines, but the guidelines don’t prescribe consequences for doing so and recommendations as to how the widespread non-adherence can be resolved. In football, rugby league and cricket, extra substitutions (in the event of concussions) have been proposed even by the coaching staff. This would create further issues for the various sports. In football, where players are prepared to fake shin contact to be awarded penalties, it may be considered fair gamesmanship to fake a concussion in order to get the team an additional substitute. Something similar has happened before in the rugby union Bloodgate incident. But the question needs to now be asked – would it be a worse problem to have uninjured players faking that they are concussed to leave the game or to have concussed players faking that they aren’t injured to stay in the game? (..given that we now appreciate that premature neurodegenerative disease is a consequence of the latter). In the Bloodgate incident, the RFU were prepared to hand out far stricter punishments than any administrative body has managed to contemplate for breach of concussion laws. Further safeguards can be instituted around “free” substitutes by prescribing minimum stand-down periods for an athlete’s 1st, 2nd and subsequent seasonal and career concussions to encourage conservative management and discourage rorting of the system.

An early suggestion for the 2016 Concussion in Sport Meeting

If the next round of the Concussion In Sport Group Consensus statement (planned for 2016) actually recommended, for example, that FIFA institute an additional free substitute for a concussed player,  and if other sports were to follow suit,  then one of two things would happen. If the rule changes were instituted there would almost certainly be a more substantive move in the direction of safer management.  If they weren’t instituted then it would be the entire sport, rather than just the coalface individuals, who would be in breach of those 2016/17 Concussion In Sport Guidelines.

6. Orchard J. More research is needed into the effects on injury of substitute and interchange rules in team sports. Br J Sports Med 2012;46(10):694-5