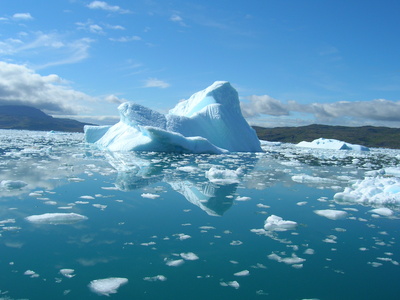 Dressed only in swimwear, would you expose yourself to temperatures between -110 and -195°C (-166 to -319°F) to reduce muscle soreness? Elite and recreational athletes are taking athletic recovery to the extreme by using a relatively new modality of cryotherapy called Whole Body Cryotherapy (WBC). WBC typically involves repeated exposures to extremely cold air in an environmentally controlled room for a short duration of time (2–4 min) (Costello et al., 2013). Two methods are typically used achieve the subzero temperatures: liquid nitrogen or refrigerated cold air. During WBC, the individual can experience temperatures over 50°C colder than the lowest temperature ever recorded (−89.2°C) at the surface of the Earth. Consequently, the treatment is causing debate among the media, physiologists, physiotherapists, clinicians and sports people regarding its effectiveness and potential risks.

Originating in Japan in the 1970s, WBC was initially intended as a treatment for rheumatoid arthritis. Over the last decade the treatment has been employed by elite athletes, such as the British and Irish Lions, the Welsh Rugby team, Bayern Munich, Tottenham Hotspurs, Texas Rangers [MLB] and Los Angeles Lakers [NBA] players, as a modality of recovery following exercise or soft tissue injury. Despite its widespread adoption in Sport and Exercise Medicine, the use of WBC remains contentious owing in part to the lack of data regarding underlying mechanisms. A range of claims have been made about the benefits of WBC. One claim is that WBC may enhance recovery from strenuous exercise or injury by reducing tissue temperature, inflammation and soreness.

Unfortunately, randomised controlled trials investigating its efficacy following intense exercise are sparse (Costello et al., 2013). To date, a limited number of studies have examined the effects of WBC on delayed onset muscle soreness (DOMS), force recovery, strength recovery, inflammation or biomarkers of muscle damage (Costello et al.,  2012a, Pournot et al., 2011, Hausswirth et al., 2011, Fonda and Sarabon 2013). Even fewer studies have examined the effects of the treatment on athletic performance (e.g. repeated sprint ability or time-trial performance). The current evidence is inconsistent and contradictory. It is likely that the heterogeneous methodologies employed, including the gender, training status of the participants (recreational vs elite), type and intensity of exercise (eccentric vs sport specific), contributed to the equivocal findings.

The psychological benefits of using other modalities of recovery, including cold water immersion (Leeder et al.,  2012, Bleakley et al., 2012) and contrast water therapy (Bieuzen et al., 2013), to reduce the subjective feeling of DOMS following exercise has recently been reviewed. Therefore, it is plausible that WBC may be an extremely effective placebo where an individual experiences an enhanced feeling of recovery following the treatment (Costello et al., 2013). As WBC decreases tissue and core temperature to a similar level as cold water immersion (Costello et al., 2012b) this may explain the popularity of the treatment.

Due to the brevity of empirical studies, the physiological, biochemical and psychological rationale for using WBC remains unclear. As WBC incurs significant costs, further research examining the underlying mechanisms and the effects of the treatment on performance recovery following strenuous exercise is warranted. Practitioners are advised that current treatment protocols are based on anecdotal evidence — there is as yet little evidence supporting its efficacy as a modality of recovery.

Dr. Joseph Costello is a Research Fellow in exercise physiology at the Institute of Health and Biomedical Innovation in Queensland University of Technology, Brisbane, Australia. He has a keen interest in evidence-based practice in Sport and Exercise Medicine and is currently leading a Cochrane systematic review on the effects of whole body cryotherapy on muscle soreness after exercise. Twitter: @Joe__Costello

Dr. Jonathan Leeder is a Lead Physiologist for the English Institute of Sport in Manchester, working with the British Cycling Team. His PhD investigated the efficacy of cold water immersion following strenuous exercise. As part of supporting the British Cycling team, Jonathan regularly has to assess whether new interventions that purport to increase performance have the necessary evidence-base and rationale to transfer to the elite populations. Twitter: @Joffyleeder