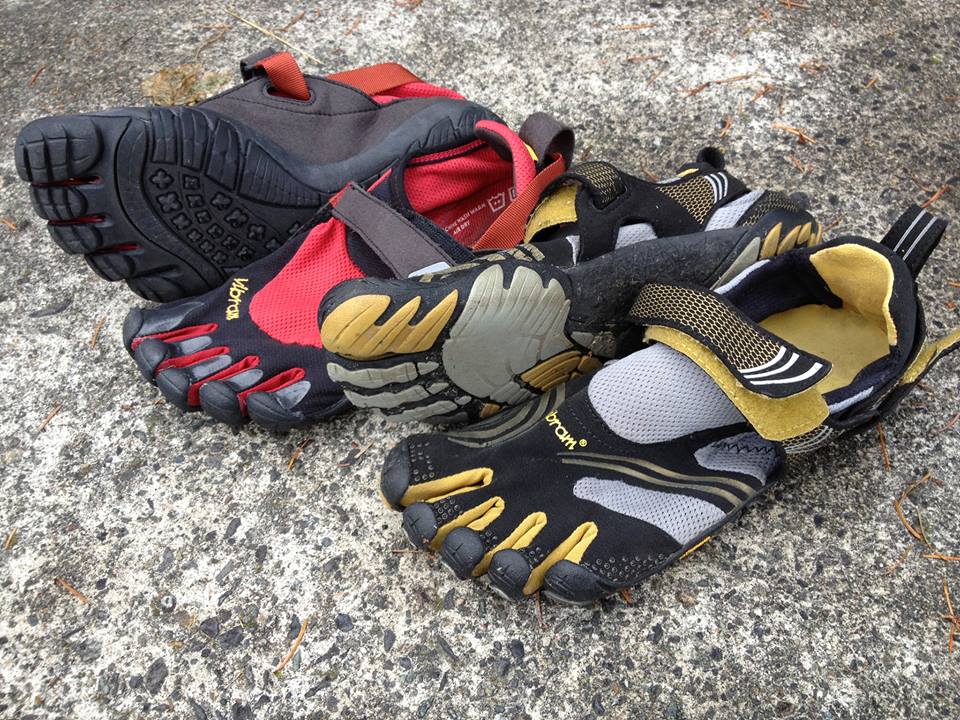 Barefoot and “minimalist” running definitely has momentum. Christopher McDougall’s National Bestseller, Born to Run: A Hidden Tribe, Superathletes, and the Greatest Race the World Has Never Seen has sparked worldwide interest and inspired many to pursue barefoot running. Influential companies such as Nike, New Balance and Vibram have designed minimalist shoes that mimic the natural feel of barefoot running.

Nigg and Enders (2013) support the previous findings that landing during barefoot running occurs on the forefoot whereas heel landing is more prevalent in shod runners. However, a meta-analysis revealed that there is “no significant difference” between impact forces for individuals developing a stress fracture to the control group (Nigg & Enders, 2013, p. 5). Therefore, impact forces are not predictors of developing that common overuse running injury.

Based on available evidence, we recommend the public use whichever running style or footwear they are most comfortable with. Injuries are typically multifactorial, thus, it is unlikely that the type of running shoe used is the sole predictor of injury. For example, someone with a previous running injury may benefit from adopting a barefoot running style as it likely reduces loading rates. However, there is also the potential to exacerbate the injury (e.g., if the individual has poor gait mechanics) (Murphy et al., 2013). Conversely, if an individual has had no previous injuries, then a transition to barefoot running may not be necessary. This may actually increase the likelihood of injury if the individual changes to a forefoot running pattern too suddenly. Currently, there is no conclusive evidence that barefoot running is superior to shod running in a healthy individual. Murphy et al. (2013) concludes that if the shod runner is not presently injured, they should follow the old colloquial phrase: ‘‘if it ain’t broke, don’t fix it.’’ As consumers of today’s ever-changing research landscape, we strongly urge people to choose a pair of runners that provides comfort in their strides.

Takami Shirai is an undergraduate student in the School of Kinesiology at the University of British Columbia. He is expected to graduate in May 2014 with a Bachelor’s Degree of Kinesiology and a Minor in Nutritional Science. He is passionate about working with special populations and aspires to become a physiotherapist.

Michael Hsu is a fourth year student at the University of British Columbia.  He is currently working towards his Bachelor of Kinesiology in the Interdisciplinary Studies program. Upon graduation, his plans are to obtain a massage therapy license and work as registered massage therapist for athletic rehabilitation.

Anthony Chang is currently in his fourth year at the University of British Columbia. He is working his degree in Kinesiology in the Interdisciplinary Studies stream. He is looking to go into the clinical and health care field for rehabilitation with special populations.