By Laura Partridge, member of the Association of Chartered Physiotherapists in Sports and Exercise Medicine,  www.physiosinsport.org

From anticipation to preparation

Following their qualification at last years World Championships in Japan, I eagerly anticipated – for over 10 months – accompanying the Great Britain Ultimate Frisbee squad to the World Games. The World Games, one of the prestige events under the patronage of the Olympic Games, offers a fantastic vehicle for demonstrating sports prior to their selection for inclusion in the Olympic Games. Over 5000 athletes descended on the Colombian city of Cali for a week of sports ranging from squash to rugby sevens and rhythmic gymnastics to sumo wrestling. 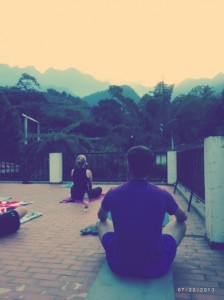 I joined the squad for an acclimatisation camp in the mountains outside Cali at the end of July. Having never attended a camp of this nature, I was excited to see how it was run and how the athletes managed their pre- competition preparations. There were training, recovery and relaxation programs, strategy meetings and treatment clinics to occupy our time in this truly incredible location. The magical scenery provided the most breath-taking training environment and the hostel rooftop is definitely the most idyllic location from which I have delivered a Yoga class.

After an electric opening ceremony in the sold-out 26,000-seater stadium and a moving speech from Jack Rogues, President of the IOC, the games commenced with fantastic crowd attendances for matches. This was unlike anything previously experienced by most of our athletes. Despite a disappointing performance from Team GB in the ‘Flying Disc’ competition there was a great deal to be learnt from my time at the competition.

During the games: Physiotherapy and beyond

Through the scale of the games (both in physical size and in terms of pressure on the athletes) I gained new skills in managing players both physically and psychologically. I also feel much more confident in collaborating with the medical services provided by the local organising committee. Despite language barriers and cultural differences in treatment, I established the level of the medical cover the organising committee could provide. Having worked with the players for three years, I felt prepared going into the games and thankfully, unlike previous games that resulted in numerous fractures, concussions and suspected C-spine injuries, we did not sustain any serious injuries. That our athletes escaped with only soft tissue injuries was a blessed relief.

Demands on me as a physiotherapist during the competition were mostly centred around acute soft tissue ‘POLICE’ injury management. Taping and massage skills were frequently called upon but, as expected at such events, duties extended beyond the reaches of the typical treatment modalities. My daily responsibilities ranged form the pastoral to the medical: I ensured all players made it to meal times, encouraged players to monitor their hydration levels through self urine checks, prepared post-match ice baths in the fabulous stadium facilities, and also accompaned athletes to doping control tests. Individual’s compliance with the elements of recovery strategies has greatly improved since I began working with GB Ultimate three years ago and they demonstrated exceptional athlete behaviours throughout the tournament. 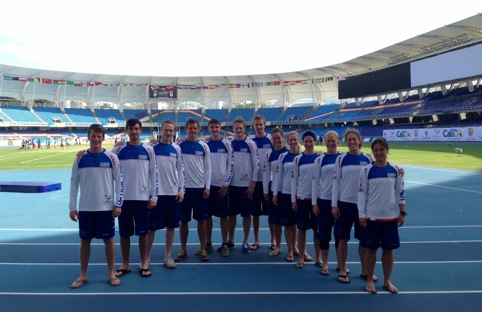 This multi-sport event was an excellent experience to progress my skills as a Sports Physiotherapist. My recommendations for anyone travelling to such an event in the future are:

Those physiotherapists looking to gain similar experiences should look to those sports that participate in the World Games to gain invaluable skills at this IOC Umbrella event. Researching which sports are involved and offering your services through the NGB’s offers a great opportunity to boost your confidence and your CV. GB Ultimate is always looking for more therapists to become involved and CV’s can be forwarded to georgiewinborn@gmail.com