By Peter Bloomer from Lilliput Health 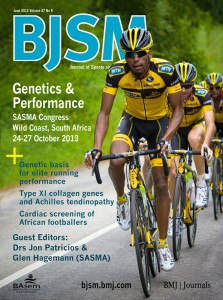 Cycling has become increasingly popular the world over. Certainly after the successes of Sir Chris Hoy, Bradley Wiggins and now Chris Froome in this year’s Tour De France, it is safe to say cycling will continue to boom in the UK in particular. This can lead to an increased number of individuals presenting with injuries to physiotherapists and clinics.

This blog examines the effect of the equipment on the athlete themselves. A rider’s position needs to be optimal for his or her comfort, ability and biomechanical limitations.

Split into two phases, the pedal strike involves complex timing of the lower limb muscles at differing points to provide efficiency and power. With the crank beginning at the 12o’clock position the first half of the pedal movement is called the ‘Power phase.’  The hip extensors initiate the movement, followed by the quadriceps. The involvement of the quadriceps  provides the majority of the power required whilst cycling. This is best seen amongst sprint cyclists when explosive power is required. At the lowest point of the power phase, near the 6 o’clock position, the plantarflexors combine with the quadriceps to push the pedal through its lowest point.

The second half of the pedal strike is the ‘Recovery phase.’ The ankle dorsiflexors are vital at this point to pull the toes back up. This allows for greater efficiency in using the gluteals during the initial power phases. The hamstrings group pull through the majority of the recovery phase with the hip flexors returning the knee to the 12 o’clock position ready to start again.  Imbalance at any point of these two phases can alter the power produced, speed and predispose to injuries occurring.

Typically, the ideal seat height is measured from the centre of the seat to the highest point of the greater trochanter. If one leg is shorter than the other, use the shortest leg length.

Riders who tend to ride with a seat below the ideal height commonly experience:

Those who have high seats, they are more likely to present with:

Also, a seat which is too high can also lead to excessive lateral movement on the saddle, which in turn reduces the efficiency of the lower limbs throughout pedal strike.

You may see a vast number of cyclists who appear to have their toes pointing down throughout both of the power and recovery phases. Typically the body will also be positioned too far forwards with the knees over the toes, making the recruitment of gluteals less effective whilst initiating the pedal strike.  These riders may also have weaker hip flexors and find greater difficulty in bringing the knees back over the 12 o’clock position to recommence the power phases during increased workload intensities.

Other common presenting complaints include overuse conditions and acute injuries sustained from falls or collisions. ITB syndrome can arise from a rider toeing in as well as from their saddle height as mentioned above. Prolonged gripping can lead to inflammation over the lateral epicondyles.  Wrist numbness can arise from compression of the ulnar nerve in Guyon’s canal. Calf strains are common, typically from sprint finishes when turning the crank at increased speed and explosive power.

Physiotherapists can perform a thorough musculoskeletal assessment to identify the causes of pain and contributing factors. This should include tests of spinal and neural mobility, hip and lower limb joint range of motion, as well as muscle power.

Cycling is complex and there are many contributing factors which can predispose towards injury. When assessing a cyclist the check:

Remember, changes to a cyclist’s equipment should be small and progressive. This allows the rider to adapt his or her technique to accommodate for the adjustment in muscle length and joint ranges.

Physiotherapists have skills in carrying out full assessments of individuals regardless of their level of cycling experience and expertise.

BJSM accepts guest blog posts. If you want to submit a guest post, email karim.khan@ubc.ca with a word document and ideally one piece of artwork which you have permission to post.

Peter qualified as a Chartered Physiotherapist in 1999 and spent the early stage of his career with the NHS in Birmingham before making his move to private practice in 2001.

Peter is one of the foremost physiotherapists to the English Golf Union as well as the English Women’s Golf association and is committed to enhancing and maintaining the physical health of the country’s top golfers.

Being passionately involved in the world of sport, as well as sports injury rehabilitation, Peter takes an active interest in most sporting activities and currently works as a physiotherapist in the Poole based clinic Lilliput Health.