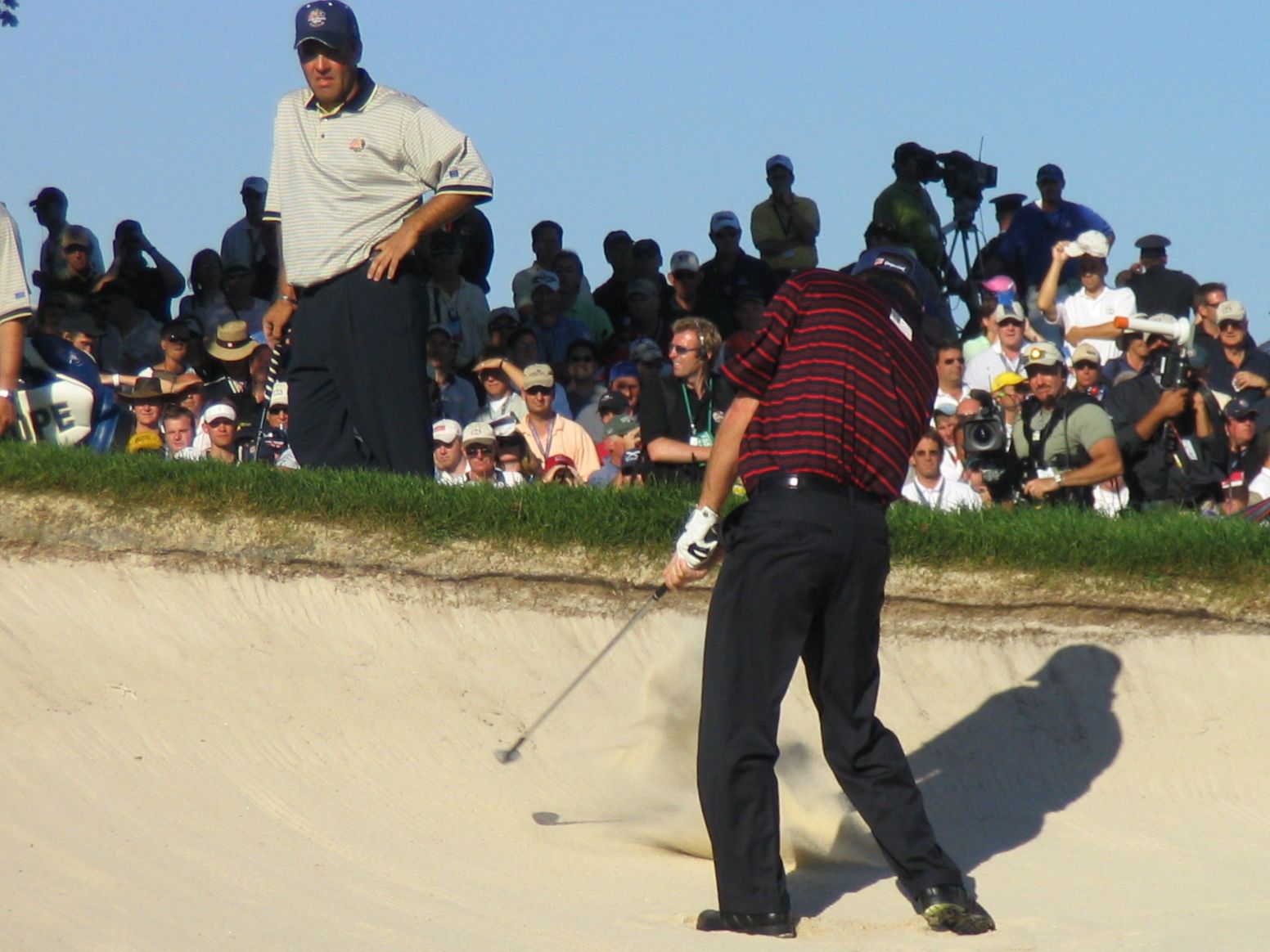 Golf is played by over 55 million people worldwide and is now a multi-billion dollar industry, with events attracting vast sums in sponsorship and prize money.1 Recreational golfers benefit from a 5-year increase in life expectancy compared to non-players2.  Although recreational and professional golfers suffer distinct patterns of injury, the predominance of overuse injuries in both groups provides unique opportunities for injury prevention, prompt diagnosis and effective treatment.

BURDEN OF INJURY IN GOLF

One quarter of injuries in professional golfers result in forced absence from competition of over one month.  As an individual sport, the financial implications of injury are particularly high.  Perhaps the burden of injury is even greater among amateurs.  The benefits to health of leisure time physical activities are well established. A Swedish study found that those participating in golf had a 40% reduction in mortality when compared to non-players after adjustment for socioeconomic status2.

Professional and recreational golfers sustain different injuries – understanding why will facilitate timely diagnosis and treatment of frequently encountered conditions in each group.  Professionals hit the ball further than ever before.5  This can be largely attributed to modern equipment and altered swing techniques. Professional golfers may replicate the same swing over 2000 times per week6, channelling forces through precise musculoskeletal locations and generating clubhead speeds of over 100mph7-9.  While some injuries are “uncontrollable”, 80% of injuries in professionals result from overuse7.  The amateur golfer is generally older, plays less frequently, and swings less consistently, resulting in different injury patterns7. Recreational golfers are more likely to exacerbate pre-existing conditions or suffer random acute injuries1011

The wrists, back, shoulders and hips are the most commonly injured regions in professional golfers, with the leading side more frequently affected78.

During each swing the leading wrist (ie the left wrist in a right-handed golfer) transitions from ulnar to radial deviation and then back to ulnar deviation12.  Additionally with irons, the clubface strikes the ground taking a divot to generate spin. Thus, ulnar and radial sided wrist injuries present most often, with extensor carpi ulnaris tenosynovitis, DeQuervain’s tenosynovitis, carpal bone stress fractures and wrist instability all frequently encountered13.  The trailing wrist undergoes extension during the backswing, with dorsal injuries such as dorsal rim impaction syndrome predominating.

Posterior capsular laxity and anterior capsular contraction may affect the leading shoulder predisposing to posterior instability and impingement1114. This occurs because of the hyperadduction at the top of the backswing, rapid acceleration during the downswing and deceleration using the internal rotators working eccentrically during the follow through.  In addition, anterior instability, due to repeated abduction and external rotation is seen in the trailing shoulder. At the top of the backswing, players adopt a similar position to cocking in a thrower.  This is followed by fast internal rotation during the downswing countered by the external rotators working eccentrically to slow the club during the follow through.

High swing velocities and greater strength in trunk rotation may explain the high frequency of injuries relating to the spine – particularly the lumbar region13.  The requirement to maximise the angle between the plane of the hips and shoulders at the top of the backswing is in itself physically stressful. Anecdotally, the leading hip is more frequently afflicted by femoroacetabular impingement, being subject to greater internal rotation speed and range of movement than the non-leading hip.

The lower back and elbow are most frequently injured in recreational golfers, with fewer injuries resulting from overuse.  While many refer to medial epicondylosis as “golfers elbow,” injuries to the lateral humeral epicondyle predominate15. This injury is associated with gripping the club too tightly resulting in increased tensile load to the wrist and finger extensors.  Injuries to the medial epicondyle in the dominant elbow may result from contacting the ground before the ball, hitting off practice mats, or overuse.

Low back pain is frequently associated with poor swing technique16. Many recreational golfers have less strength, endurance, and flexibility. Inefficient and overzealous swinging may result in acute or repetitive trauma. Combined torsion, compression, and lateral bending have been implicated in disk herniation. Repeated, near-maximal exertion coupled with excessive biomechanical forces in the swing may also predispose to spine injuries.

A PLAYER CENTRED APPROACH ON THE EUROPEAN TOUR

Sport-specific injury patterns, the nomadic nature of the professional golfers, and the geographic spread of venues conspire against the provision of consistent, reliable medical care. In recognition of the potential burden of injury and its consequences, the European Tour established an athlete centred approach to the prevention, diagnosis and treatment of injuries.  A core sports medicine service is based in a purpose built unit that moves between events and includes consultation rooms, diagnostic and interventional radiology, and rehabilitation facilities. Regular medical and skin checks are also conducted (professional golf is a high risk occupation for skin cancer).  This service is supported by a network of sub-specialists including wrist, shoulder, hip and radiology experts, experienced in recognising golf-related injuries.

IMPROVING CARE FOR THE RECREATIONAL GOLFER

A greater appreciation of injuries common to recreational golfers can facilitate early recognition and effective treatment of injuries presenting to primary care. Walking during a golf game can be a practical and safe form of prescribed physical activity with high adherence34.  Clinicians should also consider golf when encouraging physical activity as a sport suitable for all ages that can also provide enjoyment and social contacts.

Improved understanding by health professionals of injury patterns, and appropriate injury prevention and treatment strategies will bring tangible rewards to both amateur and professional golfers, and even benefit population health.

We are grateful to the members of the European Tour Medical and Physiotherapy teams.