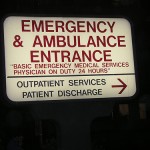 In 2006 NICE concluded that there was insufficient evidence to recommend the use of exercise referral schemes (ERS) to promote physical activity, other than as part of research studies where their effectiveness can be evaluated. Despite this, there are approximately 600 ERS in the UK that primary care have access to. We looked at referring patients into the ERS in Barnsley (run by Barnsley Premier Leisure) from the Emergency Department.

Patients who attended the Emergency Department over a six-month period were screened for the exercise referral scheme. Posters were placed in the department advertising the scheme and encouraging patients to get more detail from a member of staff. Patients who met the inclusion criteria had a referral form faxed to their GP or practice nurse asking them to refer the patient on to the scheme.

Over the six-month period, 26 patients were referred to their GP or practice nurse. Of these only 10 were subsequently referred on to Barnsley Premier Leisure and only 3 patients attended for an initial assessment. No patients completed the 24 gym or swim sessions.

The results of this pilot study are obviously disappointing. We have tried to identify the barriers preventing patients from completing the scheme and have made changes to the way patients are referred onto the scheme.

We are hopeful that with better engagement from patients and GPs, we will be able to recruit patients on to the exercise referral scheme from the ED. 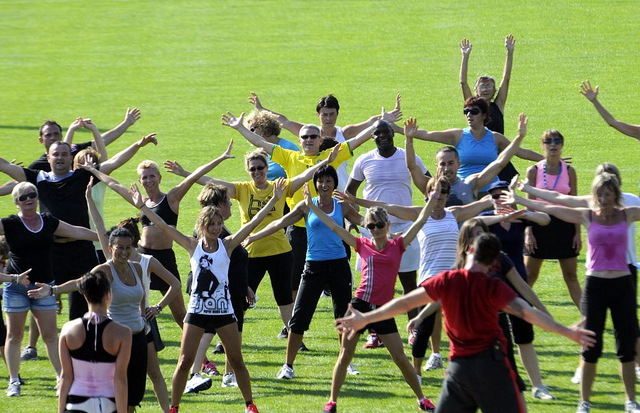 Regular physical activity can reduce the risk of developing many chronic conditions and improve the conditions of chronically ill patients suffering from coronary heart disease, stroke, type 2 diabetes, cancer, obesity, mental health problems and musculoskeletal conditions.[1]  Recent Department of Health guidance recommends 150 minutes of moderate intensity physical activity per week for adults aged 19-64.[2] It is estimated that only 39% of men and 29% of women are meeting this target.[3]

In 2006, the National Institute for Health and Clinical Excellence concluded that, there was insufficient evidence to recommend the use of exercise referral schemes (ERS) to promote physical activity, other than as part of research studies where their effectiveness can be evaluated.[4] Despite this, there are approximately 600 ERS currently in the UK that primary care practitioners can access.

Barnsley Premier Leisure (BPL) instituted an ERS in 2009 whereby suitable patients were referred onto the scheme by their general practitioner. Patients would receive an initial assessment followed by 24 free gym, swim or fitness class sessions delivered by   appropriately trained personnel. Following a meeting between the author and BPL it was decided to screen patients in the Emergency Department (ED) at Barnsley Hospital NHS Foundation Trust to see if they could be referred onto the scheme.

After staff awareness sessions and placing posters and leaflets in the department, a 6-month pilot was undertaken to evaluate whether patients were being referred (if appropriate) and whether these patients actually entered onto the scheme.

Patients who met the inclusion criteria were offered referral onto the scheme by ED staff and a letter was then faxed to the patient’s GP or practice nurse asking them to refer the patient onto the scheme. For funding reasons, it was not possible to directly refer patients onto the scheme from the ED.

A record was kept within the ED of all patients referred onto the scheme and, each month; this list was forwarded to BPL to cross-reference with patients that had been referred by their GP.

Over the six-month period, a total of 26 patients were referred to their GP or practice nurse. Of these only 10 were subsequently referred on to ERS by their practice and only 3 patients attended for an initial assessment.

To date no patients out of the 3 referred have completed the 24 sessions.

In the past 12 months ERS has had an uptake of 995 patients via general GP referrals. Of which 31% of the patients have completed & improved their health conditions. They continue managing their health through increased physical activity which arguably reduces the overall cost the NHS.

The results of this pilot study are obviously disappointing. Despite regular meetings between ED staff and BPL to understand the barriers to referral, the uptake to the scheme has been poor. Several reasons have been put forward for this:

Recognised barriers to patients not adhering to ERS include low motivation and lack of time.[5] This was a Swedish-based study with a non-adherence rate of only 28% (much lower than the BPL scheme). Although this paper is not entirely applicable to a UK population, it is interesting to see the two highest causes of non-adherence. This is an area that could be looked at further with the ERS in Barnsley.

A systematic review in 2011 found levels of uptake between 35% and 100% and levels of adherence of 12-82% across studies.[6] A more recent systematic review showed a pooled level of uptake of 66% (95% CI 57-75%) across observational studies and 81% (95% CI 68-94%) in RCTs.[7] The pooled level of ERS adherence was 49% (95% CI 40-59%) across the observational studies and43% (95 CI 32-54%) across the RCTs. This also showed large heterogeneity between the studies that looked at the effectiveness of ERS. The authors concluded that referral by letter appeared to produce lower uptake rates than face-to-face consultation with a healthcare professional which may have implications for how our referral scheme could be improved.

It is clear that the levels of uptake and adherence in this pilot study fall well short of what is achievable in primary care and, in fact, performance for this cohort was much lower than the other patients referred onto the BPL scheme (overall adherence 31%). From this evidence, it is unlikely that referring patients from the ED onto exercise referral schemes will be successful.

Unfortunately, funding has been withdrawn for the ERS in Barnsley as of April 2013 and the scheme is set to close unless further financial support can be found.