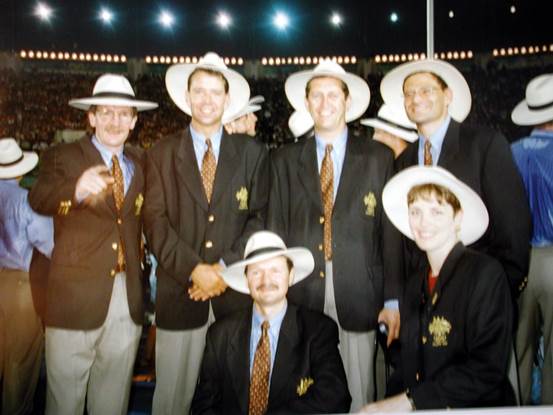 I realised the other day that it was thirty years since I did my first overseas tour as a team doctor (World University Games, Edmonton, Canada 1983). Since then I have lost count of the number of trips that I have done with a succession of Australian national sporting teams (swimming, athletics, field hockey, soccer and cricket). It has taken me to Olympic, Commonwealth and World University games, World Championships and World Cups. I have seen parts of the world I would never have otherwise been to (often for good reason) from Cuba to Uzbekistan, from Vietnam to Norway.

It has always seemed pretty straight forward, you travel with the team, you just do your job as conscientiously and enthusiastically as you can, you contribute to the team in as many ways as possible, and you get a lot of satisfaction and enjoyment. You get to work with some amazing athletes and at times make a small contribution to their success.

And yet what seems a fairly simple task does not go well for many sports medicine professionals. I have heard many stories of doctors who have”failed” on tour and their passports stamped “never to tour again”.

Ways to fail as a doctor on tour

There have been doctors who spent the whole tour taking literally thousands of photos (and have been mistakenly identified as the team photographer). Then there was the one who arrived at his first training session took his shirt off and proceeded to work on his suntan for the duration of the tour. Or the doctor who sat in the front seat of the tour bus in the seat usually occupied by the coach and refused to budge. Then there was the doctor who drank too much and tried to move in on a player’s romantic interest. There are those who are always running late, keep the team bus waiting, late for team meals, wear the wrong uniform and basically think there is a rule for them and one for the rest of the team. They don’t last long.

I suspect the reason that some doctors struggle is that they are used to being the centre of their working universe. Hospitals and clinics revolve around doctors; staff such as receptionists, nurses and paramedical staff are there to make the doctor’s working life easier. On tour however, the doctor is a small cog in a very large wheel where the players and the coach are the key people. The doctor is there to provide service. If you can’t handle that concept then probably you shouldn’t tour. 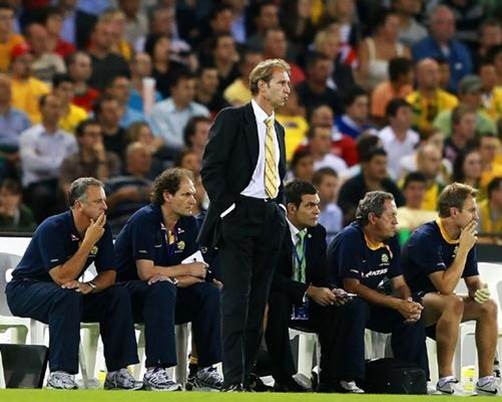 So, what is the secret of survival? More importantly, what does it take to do a good job and enjoying the experience? The first rule is: be available. Unfortunately as a doctor you can never predict when you will be needed and there is nothing worse than an athlete looking for the team doctor and being told that he can’t be contacted, or that he is off shopping or sightseeing. So I rarely go shopping or sightseeing unless the whole team is doing something similar. I don’t drink much alcohol on tour again because you never know when you may be called.

You need to be especially available on the last night of a tour when athletes who rarely drink might overindulge with sometimes adverse results. I have been required to suture tipsy athletes who have tried unsuccessfully to scale fences. There are rumours that semi-conscious drunk athletes have vomited violently all over a doctor’s bathroom. The last night on tour is definitely not one for the doctor to disappear. 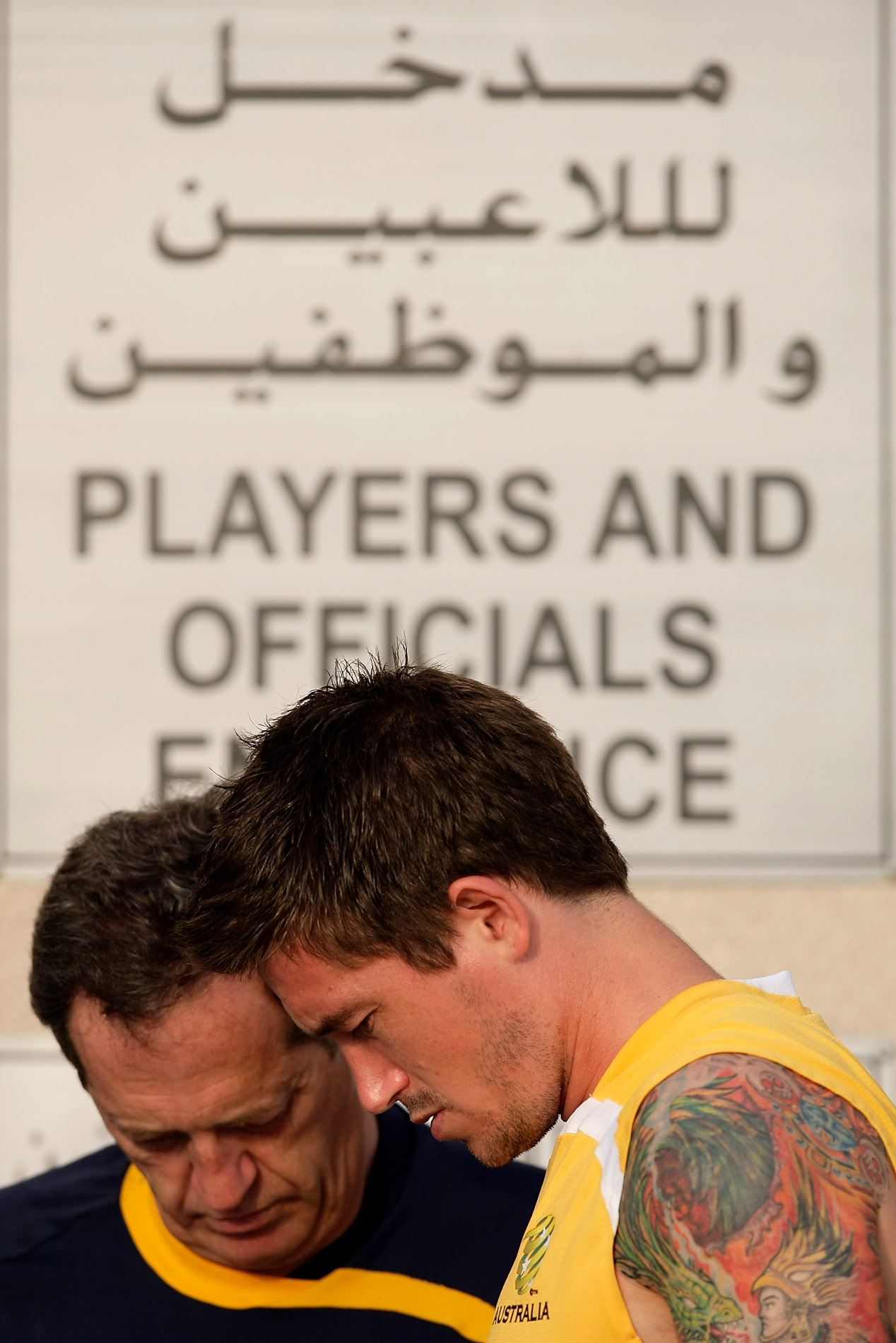 Fitting in with the team rules and customs is essential. You don’t want to draw attention to yourself by being different. Wear the correct uniform, turn up on time (I always aim for 10 minutes early) for meals and the team bus, find out where you should sit on the bus and sit there (there is often a pecking order of seating on team buses). Don’t hide in your room; be seen in the treatment room.

As a doctor you spend a lot of time at team training. Don’t sit down and read a book. Get involved, help out, pick up stray balls, fill drink bottles, put out cones for the fitness staff or coaches, record times and other data, generally assist the team as much as you can. When travelling or packing up after a game, help carry equipment and bags to the bus and help unload at airports and hotels.

Sometimes there is not much to do within what would be a narrow scope of ‘doctor’ tasks. Thus, having additional skills such as spinal mobilisation, dry needling, massage or taping can come in very useful. You help the physiotherapist and it gets you more involved in patient care. But it’s important to work this out in advance with the physiotherapist and be explicit that the two of you are working in a team. Communication between physiotherapist and doctors is critical and must be founded on mutual trust and respect. There are many examples of great physio/doctor combinations serving high-performing teams.

You can also contribute to team events and culture. I have organised quiz nights, tipping competitions, arranged guest speakers and even done a “This is your life” show.

Maintain your professionalism at all times. There is a fine line between being friendly with the players in a professional sense and trying to become too friendly. I always politely refuse invitations to join players in a night out, although I will accept an invitation for a quiet dinner with one or two players. I don’t address players by their nicknames and always treat them with respect even when fellow players are “taking the mickey”.

You need the support of your work colleagues who may get annoyed at your prolonged absences from the clinic. They need to understand the benefits for you personally and indirectly for the practice by you working with an elite team. Our clinic has always had the policy of encouraging our staff to be involved with elite teams although this has cost us in terms of lengthy periods of absence of key staff. However we believe the advantages outweigh the disadvantages.

Remember the most important people in your life. One of the most difficult things about being away is missing loved ones. You certainly need a supportive family if you are going to be away on a consistent basis. Nowadays with Skype and text messages it is a lot easier. Make sure you buy good presents to bring home and ensure that you have quality time when you get home. Don’t arrange to go back to work the next day. I always tried to organise extra special family holidays when I have been away for prolonged periods in a year. It is when kids or elderly parents are sick that you feel worst. I have certainly felt very guilty on occasions after phoning home to be told about various “disasters” that were happening on the home front.

With kids, there are benefits and losses associated with being away. My kids have benefited from access to Olympic Games and World Cups, but they and I have found the prolonged absences difficult at times. I actually gave away touring for seven years when my kids were teenagers as I felt it important to be around. At the end of that time I was offered a job that would hopefully lead to an involvement in World Cup finals and we discussed it as a family. They were keen for me to do it as long as they could come along at the end to the World Cup. That is exactly what happened.

If you have been counting, you’ll know that the 7th habit relates to the most important person of all — your partner. Be sure to choose a supportive partner if you plan to make touring part of your sports medicine career! Fortunately I was very lucky in that regard, although there were times!!!

I have been fortunate to be involved with some wonderful practitioners on tour especially physiotherapists. You all know who you are so I won’t name you all, but the exchanges of ideas and friendships have been very stimulating. I have gained enormously from the opportunity on tour to observe closely physiotherapists at work and to discuss cases and treatment with them.  I have always said that I have learnt most of my sports medicine from physiotherapists and touring has been a great environment for that.

You do have plenty of spare time while on tour and I have always tried to use that time productively. I save much of my journal reading for trips away and try and do some writing – I am writing this in the Australian Cricket Team’s dressing room at Chennai, India during the First Test.

I would encourage anyone to take the opportunity to travel locally (for experience) and internationally with a team if they get the chance. It doesn’t suit everyone’s personality or their desired work environment, but the benefits are many.

You really should enjoy the touring experience. Here is a chance to travel with some of your country’s best athletes, get to know them personally, and help them on their path to success. You see some amazing places and get to meet some remarkable individuals, often including your own sporting heroes. You also make lasting friendships with other staff members, both fellow health professionals and others.