Sport and Exercise Medicine: The UK trainee perspective (A twice-monthly series on the BJSM blog) 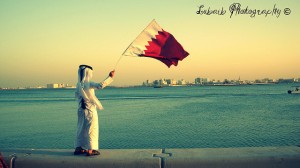 Some of us may not have known of Qatar until it was awarded host nation status for the 2022 FIFA world cup. Evidence of this country’s escalating global presence is found on the front of the FC Barcelona shirts. The recent prominence of this country, that is smaller in area and population than Wales, is derived through the ambition of the ruling Royal Family, harnessing the wealth provided by large natural gas and oil reserves. But summiting the worldwide GDP table brings with it other challenges.

High income has long been linked to greater likelihood of sedentary behavior and so it is no coincidence that Qatar has accelerated towards the top of the global obesity league as well. About 75% of Qataris are overweight and 40% are obese or morbidly obese, according to figures from the Qatar National Health Strategy 2011-16. Even more alarmingly, estimates suggest 70% will be obese by 2015 if current trends continue.

Currently, 50% of the Qatari population does not engage in any physical activity. One factor that contributes to this is the weather. The extreme desert heat, coastal humidity and sand-stirring winds provide an environmental barrier to outdoor physical activity for many – for the majority of the year. Another  factor that contributes to inactivity  is more culturally based. Most women conform to wearing the Abaya, which provides some restrictions to exercise in outdoor or communal spaces. 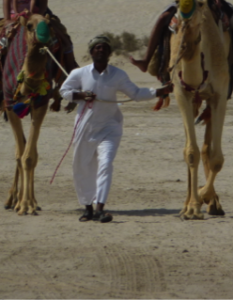 Furthermore, very few if any Qatari citizens work outside of white-collar posts. This contrasts from their desert dwelling, physically active lifestyles up until the last 30 years, when the natural gas and oil fields began to be exploited. Camels have since been swapped for motor vehicles, and motor sports such as dune bashing are a favourite pastime for many.

It is common practice to have one or more domestic helpers to undertake housekeeping and childrearing duties. Fast food and home deliveries are frequently preferred to home cooking across the population. Social events are frequent where wealth and generosity are epitomised by large amounts of food. Hospitalised Qataris are showered with enormous boxes of chocolates rather than flowers and cards from loved ones. Addressing the social significance of food in a country where few other vices are openly permitted could be considered a sterner challenge than promoting physical activity to help tackle the consequential disease burdens. 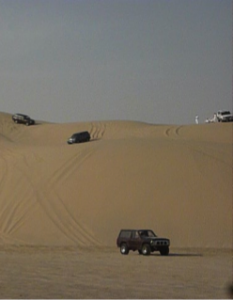 This FIFA world cup bid was just a part of a national strategy that includes utilising sport as a vehicle to achieve a number of goals; from the desire for this tiny nation to have a greater global presence, to tackling their alarming obesity epidemic.

Education and persuasion, making healthy lifestyle options more accessible, attractive and affordable form the mainstay of physical activity promotion in most Western nations. Noteworthy examples from Qatar include free to use floodlit outdoor gyms and walking paths in man-made green spaces and on the coastline, with golf buggies ferrying and offering free water bottles; beaches with a host of water based activities for children and adults; and many single-sex gyms and swimming pools.

The power and influence of the Royal Family, with limited risk of political or financial repercussions, allows Qatar to augment this approach with certain coordinated mandatory directives.

A unique example is a National Day for Sport, with both public and private companies asked to organise sports and healthy lifestyle events for employees and their families. The idea isn’t to enforce physical activity, but provide people dedicated time and opportunity to not only exercise as a family and community, but to learn how to make sport a daily goal for themselves. On this day, everybody also has free access to all sports clubs and their facilities. Participation is driven up by the presence of local celebrities and the offer of considerable prizes not only for winners of organised competitions but also for all participants via ballots.

The School’s Olympic Program has a wide uptake in Qatar again through high level directives aimed at inspiring younger people to participate in sport and adopt healthy lifestyles. This year, the specific theme was to involve families in a day of school based sports. Previous years’ themes have been ‘sport for health’, ‘sport and environment’, ‘sport and culture’, and ‘sport and education’.

Qatar continues to develop world-class sports facilities, from the world’s largest multi-sport academy to air-conditioned stadia. Doha, it’s capital, is on the international tour calendar for many high profile sports. Wealth, is has to be said, is a major factor in drawing the best sportspeople in the world to play at hosted tournaments, which is hoped to raise the profile of the country and inspire a sporting tradition amongst its citizens.

The healthcare provision for a physically active population could be deemed as being superior to current athletic performance in Qatar. The sports medicine hospital provides holistic care primarily for professional athletes by experienced healthcare professionals from across the world. It is currently expanding to provide more extensive sports health promotion, prevention and treatment, and a second specialist facility is being built outside the capital.

Britain and other western nations may not necessarily possess the economic resources and political power that exist in Qatar to roll out similarly wide-reaching directives and services. However there are ideas, lessons and inspiration that can be drawn from the Qatari approach, complementing existing physical activity initiatives, and tailoring them to different cultures, traditions and societies.

Qatar has just begun on its path to curtail the physical inactivity and obesity epidemic, fill sports stadia, and instill a lasting sporting tradition that experience tells us takes many decades. As acceptance and engagement in a sporting culture increases amongst the new generation in the run up 2022, there remains hope for a smaller average waistline across this well endowed nation.

Dr Bhavesh Kumar is a General Practitioner and Registrar in Sports & Exercise Medicine in London. He has just completed a Sports Medicine Fellowship at Aspetar, Qatar Orthopaedic & Sports Medicine Hospital.