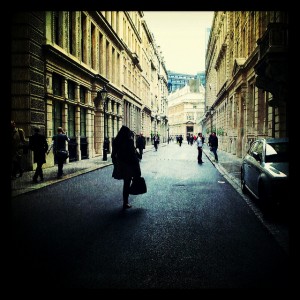 Ratzlaff (1) outlines broad categories in assessing societal activity-levels: occupational and household. While the latter was traditionally the greater source of activity, particularly for men, the nature of work has become steadily more sedentary. However, the same may be less true for household tasks. One conclusion is that women today, as the gender likely to undertake most household tasks, may well be more active than their male counterparts. The gender imbalance may only be partly diminished by the fact that males are more likely – at least at younger ages – to obtain a third category of activity in the voluntary participation in energetic sports.

My concern here is with another category of exercise that entails both occupational and sports elements: the commute to the work-place. Choices of commuting-mode are dependent on distance to be travelled. Short home-to-work distances may render walking predominant. Distances beyond a few kilometres may render powered transport – cars, buses and trains – compulsory, so the scope for exercise may seem limited. The steady increase in the UK of park-and-ride facilities attempts to reduce traffic in major centres such as cities: commuters drive to a strategically located car-park away from the city-centre and continue by public transport. This would not of course alter the conclusion that long- distance commuting does not entail significant activity-levels.

However, multi-modal commuting can include substantial elements of walking, cycling or running; this particularly applies to journeys entailing public transport, where pick-up points for public transport (bus -stops and railway stations) may be at some distance from home. As many would attest, the disadvantages of walking, cycling and running concern poor weather conditions and build-up of sweat, perhaps requiring change of clothing at the work-place. Probably of most importance for all commuters is the issue of conflicts and potential collision with motor traffic.

Despite these problems, the incorporation of exercise into commuting is receiving some official support in the UK. For example, at least one public-transport provider now promotes exercise as a valuable “add-on” to travel by public transport (2) – far removed from the days when exercise- free travel was regarded as a major feature supporting the preference for the private car (3). Furthermore, there are also now governmental schemes to provide grants for the purchase of bikes to access the work-place (4).

To pursue the issues, if the problems with petroleum price and availability continue towards the levels that characterised the 1970s, the private motorcar may come to have a more restricted presence on the road. At that stage, walking, cycling and running could become generally prominent in commuting – in a way that has applied particularly to cycling in the Netherlands for many years. However, for this scenario to continue in the UK beyond the present age of economic downturn requires a societal change in attitude that eschews a thoughtless dependence on the car. That most certainly did not happen after the petroleum crises of the 1970s had passed (5). Perhaps the lessons will be learned this time.

See also the relevant paper by Lawrence Frank relating to how the built environment and physical activity promotion.

4. Wolmar C. Fire and steam: a new history of the railways in Britain. London: Atlantic.

Tony Reinhardt-Rutland is Reader in Psychology at University of Ulster at Coleraine. His research interests include visual perception of motion and space, and the safety of road travel.

Conflict of Interest: None declared