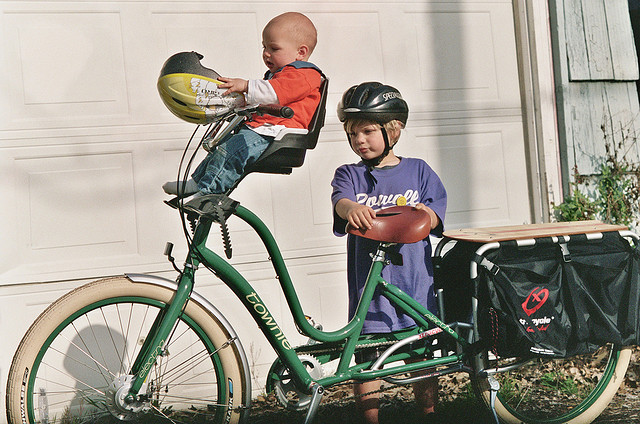 Last month in a BMJ blog, Domnhall Macaulay stated “Cyclists deserve our support; we need to address the risks of riding on the road and make cycling safer.” In one of my earlier BJSM blogs, I also pointed out that bicycling safety has long been a research and action goal of many injury prevention experts. The April 2012 issue of Injury Prevention contains several new papers, from Canadian injury prevention researchers, that each address some aspect of bicycling safety and injury.

Mecredy et al report data from a national survey of Canadian school-aged children about their injury experiences. The survey included a particular focus on the built environment and street connectivity close to the neighborhoods where they lived. A key finding was that children living in neighborhoods with poor connectivity reported more injuries and this was largely attributable to bicycling injuries. In fact, more than half of all physical activity related injuries that occurred on streets were associated with bicycling. The authors use these findings to argue for the design of safer streets, with more consideration given to separating bicycles from other forms of traffic.

There are varying approaches towards encouraging or supporting the use of cycling helmets globally. These range from mandatory road rules to educational campaigns aimed at voluntary uptake to little or no focus. In Toronto, legislation requires all cyclists under the age of 18 to wear helmets but older cyclists can choose whether or not to wear one themselves. It is not surprising, therefore, that the observational study by Page and colleagues has reported an overall bicycling helmet wearing rate of only 50%. Of course, children were much more likely to wear helmets than adults were (but not exclusively so). But females were also more likely than males to do so and helmet wearing rates were also highest in commuter cyclists. (The researchers also observed other types of recreational riders and found the use of helmets to be even lower in people who used scooters, inline skates and skateboards.) The authors recommend that the mandatory cycle helmets laws be extended to adults to increase helmet-wearing rates and that the legislation be more enforced across all age groups.

Irrespective of whatever actions are implemented to improve the environments or safety behaviors of bicyclists, high quality, reliable data is needed to evaluate the impact of these preventive strategies. Many bicycling-related injuries are treated in emergency departments (EDs) and therefore injury surveillance conducted at this place of treatment has the potential to contribute to ongoing population-level evaluation efforts. As demonstrated by Karhaneh et al, the use of International Classification of Disease (or ICD) codes specifically developed for bicycling injuries can be used reliably and accurately in the ED setting, confirming the value of ED data for bicycling injury surveillance. Unfortunately, the same could not be said for the other group of physically-active road users, the pedestrians.

There is no doubt that bicycling is a very healthy active pursuit that is to be encouraged. However, as with all other forms of physical activity, if injury risks are not kept to a minimum then bicycling will be unsustainable as a long-term population physical activity promotion strategy, particularly in countries which do not have the road infrastructure to support safer cycling. In terms of active road users, bicyclists have received the greatest safety research attention to date and are likely to still do so. But this is still good news, because strategies to improve safety for cyclists (particularly improved road infrastructure and driver behaviors) are also likely to benefit other non-motorised users of roads (pedestrians, runners, skateboarders, in-line skaters and the like) too.

Caroline Finch is an injury prevention researcher from the Australian Centre for Research into Injury in Sport and its Prevention (ACRISP) within the Monash Injury Research Institute, Monash University, Australia. She specialises in implementation and dissemination science applications for sports injury prevention. She is the Senior Associate Editor for Implementation & Dissemination for the British Journal of Sports Medicine and a member of the Editorial Board of Injury Prevention; both journals are published by the BMJ Group. Caroline can be followed on Twitter @CarolineFinch