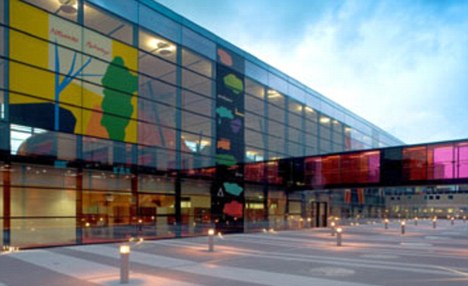 The Centre for Sports and Exercise Medicine (CSEM) at Barts and the London School of Medicine, Queen Mary University of London, has just held its 30th Anniversary Scientific Meeting. Started by John B King in 1981, CSEM has graduated close to 500 alumni.

The Diploma Course in Sports Medicine became the Master of Science Course in Sports in 1993, and added ‘Exercise Medicine’ in the early part of this century. In addition, it started the first Intercalated BSc Course for Medical Students in the UK. We estimate over half the Council Members of the Faculty for Sports and Exercise Medicine of the UK have been graduates of the Course, including the serving President, Matt Batt, and the incoming President, Roderick Jaques.

Traveling Fellowship of the European College of Sport and Exercise Physicians

Last week’s 30th Anniversary Scientific Meeting was the final stage of the first Traveling Fellowship of the European College of Sport and Exercise Physicians (ECOSEP). Francesco Oliva, an Orthopaedic Surgeon from Rome, Italy, spent three weeks travelling between Barcelona, Thessaloniki, Frankfurt and London. The Travelling Fellowship allowed him to see both Sports Medicine and Sports Traumatology, and, above all, to be exposed to different health care systems and management philosophies.

Since its inception in 2008,  through the ideas of another of CSEM graduates, Nikolaos Malliaropoulos, ECOSEP has grown from strength to strength. The incoming Chairperson, Ireland’s Aideen Henry, will take over from John King, and lead more than 150 members until the Frankfurt Congress in 2013.

CSEM’s 30th Anniversary Scientific Meeting opened with talks by John King and various alumni, who spoke about the early history of the current Chair. Also, despite the current climate of shrinking research funding, at any stage more than 50 research projects are in place. In the period 2009 to present, close to 200 peer reviewed articles have been published, securing several million pounds in grant monies in the process.

We look forward to CSEM’s 2012 Scientific Meeting, to be held between the Olympics and the Paralympics.

So, if you are a physician interested in sports medicine, visit the CSEM website for information on:

Professor Nicola Maffulli, Centre Lead, QMUL Centre for Sports and Exercise Medicine (CSEM), has launched a programme of events in association with DJO Education that aims to provide senior UK and overseas SEM practitioners, including Fellows and Members of the UK and Irish Faculties of Sport and Exercise Medicine, with a unique forum of high level, interactive interdisciplinary meetings.