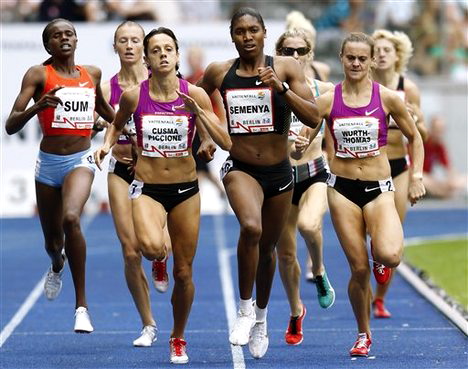 The International Association of Athletics Federations (IAAF) recently approved new rules governing the eligibility of women with hyperandrogenism for competition.

The IAAF aims to avoid future controversy similar to “the case” of Caster Semenya who won the World Championship in 2009 for the 800 m in Berlin (watch race here). 3 weeks prior to the competition, the IAAF asked the South African Athletics Association to perform a gender verification test on Semenya. They were concerned that, “she does not meet the requirements to compete as a woman.” The request was broadcast in popular media and Semenya was subject to an embarrassing public trial and speculation.

Semenya has since been cleared of official allegations and allowed to compete. However, murmurings questioning her eligibility and the broader controversy surrounding gender testing in sport remain.

Outcomes of the IAAFs 18-month review include:

The new IAAF guidelines establish an official protocol for clinicians to follow. But does focussing on the range of androgen levels effectively address a central underlying issue, namely where to create a dividing line, between “men” and “women” in international sporting competitions? Who decides on the cut-off points? Can gender clearly fit into two categories?

While viewing gender on a spectrum may be uncomfortable for some traditionalists, and problematic for social organization both within and outside of sport, it is still important to consider. Foddy and Savulescu state, “we should recognise that many injustices stem from the segregation of athletics by gender. So far, we have addressed this problem by pretending that there are only two genders, or that intersex conditions are exceedingly rare. But as Semenya’s case demonstrates, we cannot maintain this pretence forever.”

In a forthcoming BJSM article (stay tuned to BJSM online), Ballantyne, Kayser and Grootegoed take a different perspective: “ it is harmful and confusing to question sex and gender.” They suggest an approach in-line the new protocols of the IAAF (although stated in-proof  that they arrived at their viewpoint completely independent of IAAF). The authors contend,

“It might be justifiable to use the circulating testosterone level as an endocrinological parameter, to try to arrive at an objective criterion in evaluating what separates women and men in sports competitions, which could prevent the initiation of complicated, lengthy and damaging sex and gender verification procedures.”

Regardless of perspective, it is important that ideological differences do not trump the human rights of athletes. I leave you with three final questions: how can we as clinicians ensure athlete’s protection from gender-based prejudice? How can we support all athletes’ opportunity for fair competition? Are the new IAAF regulations a step in the right direction?

BJSM encourages readers to share their views below (as comments) or via a guest blog (just email karim.khan@ubc.ca).

For more on this issue see these related BJSM articles:

Foddy and Savulescu. 2010. Time to re-evaluate gender segregation in athletics?

Reeser. 2005. Gender Identity and sport: is the playing field level?