One of the most notable scientific developments of the past decade was the CRISPR “gene editing” system, which made it much easier to change DNA sequences and even enabled scientists to create genetically modified children in China. Scientists, bioethicists, journalists and the public often use science fiction to understand the importance of gene editing, drawing on themes from Frankenstein, Brave New World, Gattaca, and other stories about changing human biology. However, there has not been much attention to the views of contemporary science fiction writers and the role they could play in this debate. For this project, we surveyed published sci-fi authors about the works of fiction that influenced their own views of human genetic engineering and the ethical issues they thought science fiction could help society to explore. Our results include a useful list of books and stories that could act as fresh sources of insight in the gene editing debate, as well as a discussion of how sci-fi authors might steer the debate as communicators to the general public and as experts in their own right. 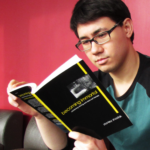 Derek So is a PhD Candidate in Human Genetics at McGill University’s Centre of Genomics and Policy, co-supervised by Profs. Yann Joly and Rob Sladek. Derek’s thesis examines the ethical discourse around germline gene editing and the conceptual frameworks we to imagine nonexistent people—particularly the idea of the “modular” human, in which different unitary characteristics are recombined like building blocks. His project, funded by a CIHR Doctoral Award, was developed partly as a Visiting Scholar at the Hastings Center and as a Visting Fellow at Harvard’s Science, Technology and Society program. Derek previously earned an M.Sc in Human Genetics with a Specialization in Bioethics, also at McGill.

Kelsey Crocker is currently pursuing a Master of Science in Human Genetics (Genetic Counseling) at Sarah Lawrence College. She holds a Bachelor of Science from the University of Toronto and a Master of Science in Human Genetics and Biomedical Ethics from McGill University. Her graduate research focused on examining healthcare workers’ perceptions of, and suggested practices to care for, germline genetically edited individuals. She is interested in emerging health technologies, personalized medicine, and health equity.

Rob Sladek is an Associate Professor at the McGill University and Genome Quebec Innovation Centre. He completed undergraduate studies in Engineering Science and Medicine as well as a clinical fellowship in Endocrinology and Metabolism, all at the University of Toronto. His current research centers on the development of new technologies for studying the dynamics of gene transcription networks in living cells and genetic risk factors for type 2 diabetes.

Yann Joly, Ph.D. (DCL), FCAHS, Ad.E. is the Research Director of the Centre of Genomics and Policy (CGP). He is a Full Professor at the Faculty of Medicine and Health Sciences, Department of Human Genetics at McGill University. Prof. Joly is also an associate member of the Bioethics Unit and at the Law Faculty at McGill.  He was named advocatus emeritus by the Quebec Bar in 2012 and Fellow of the Canadian Academy of Health Sciences in 2017. In 2021 he received, the Canadian Science Policy Centre, Science Policy Trailblazer Award. Prof. Joly’s research interests lie at the interface of the fields of scientific knowledge, health law (biotechnology and other emerging health technologies) and bioethics. He has published his findings in over 200 peer-reviewed articles featured in top legal, ethical and scientific journals.