Hidden beneath the ground in coalmines, or behind the walls of factories, the injured bodies of workers have too often been overlooked. While the nineteenth-century saw workplaces become ever more dangerous, journalists struggled to tell these stories. Using poems by Joseph Skipsey, I challenge journalistic neglect in order to illuminate the actions taken by first responders, even in the face of injury or death.

Often the greatest difficulty in industrial disaster was in securing access to trapped victims. Arriving late on the scene, neither journalists nor doctors were able to influence the outcome of events. As a result, in most cases emergency treatment was provided by workers themselves. Foreshadowing working-class involvement in healthcare systems more generally, portrayals of these first responders had a lasting significance. 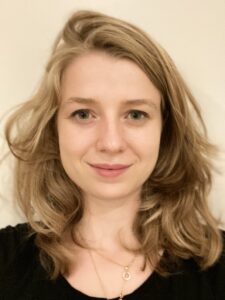 Rosalyn Buckland is currently a medical doctor at the Royal Free Hospital. She previously completed a PhD in English Literature/Medical Humanities. Her research focuses on nineteenth-century fiction, on working-class experiences of healthcare, and most recently on how medical documentaries affect families’ experiences of bereavement.