Many high-income countries have relatively high COVID vaccination uptake among people vulnerable to disease. There is also significant ‘vaccine hesitancy’ in some groups. Doubts may be fuelled to some extent by anti-vaccination campaigns. The term ‘anti-vax’ tends to be used to criticise those engaged in or endorsing anti-vaccination as though they are irrational, dangerous and unintelligent. Yet there are legitimate critiques of vaccination and ethical issues worthy of debate, such as the question of compulsion. This article examines vaccination debates that occurred at a time in British history that has parallels with the current crisis: World War One. At the time, a new inoculation for typhoid had become available. Typhoid was thought to have been one of several infectious diseases that killed off many British soldiers in the Boer War. The scientists who developed the vaccine lobbied government and military leaders to introduce compulsory typhoid inoculation for British military recruits. The anti-vaccination movement raised major concerns about safety, science and the principles of liberty and individual freedom, drawing directly from the philosophy of John Stuart Mill who said:

Of interest is how these arguments played out in British newspapers and in parliament. The article analyses anti-vaccination literature, mainstream newspapers and medical press along with parliamentary debates. One interesting feature of the debate as it progressed was how it connected with a seemingly separate debate on pacifism, leading to the term ‘conscientious objector’. The concept had come about during earlier vaccination debates in the 19th century. During the war, it was adopted to label men refusing conscription on grounds of pacifist beliefs. There were gender and social class aspects to how pacifism eventually became an accepted respectable position, while anti-vaccination remained a reviled, unpatriotic position. Mainstream newspapers and politicians considered scientific critique to belong exclusively to those within the medical and scientific professions. Any arguments made by people outside those professions was routinely disregarded, whether or not they argued their case well or made valid points. This coincided with a growing alliance between the British state and the medical establishment. Increasingly, any medical practices, knowledge or arguments falling outside of the mainstream were outlawed and ridiculed. Typhoid inoculation in the military did become a widespread practice, often through coercion. But the anti-vaccination movement succeeded in the sense that no official mandate was given by government to make inoculation compulsory for voluntary recruits. There was also a surviving legacy from the libertarian arguments made by the anti-vaccination movement. The principles of consent and bodily autonomy likely fed into the field of medical ethics which emerged and evolved throughout the twentieth century and beyond. 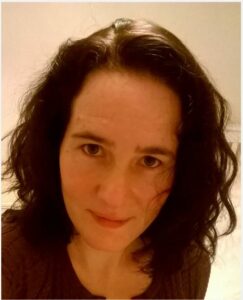 Susan McPherson is Professor of Psychology and Sociology in the School of Health and Social Care at the University of Essex. Her work applies critical approaches to topics ranging from mental health, social care, evidence based practice, psychiatric diagnosis and health policy to women’s history and history of medicine including psychiatry and psychometrics.